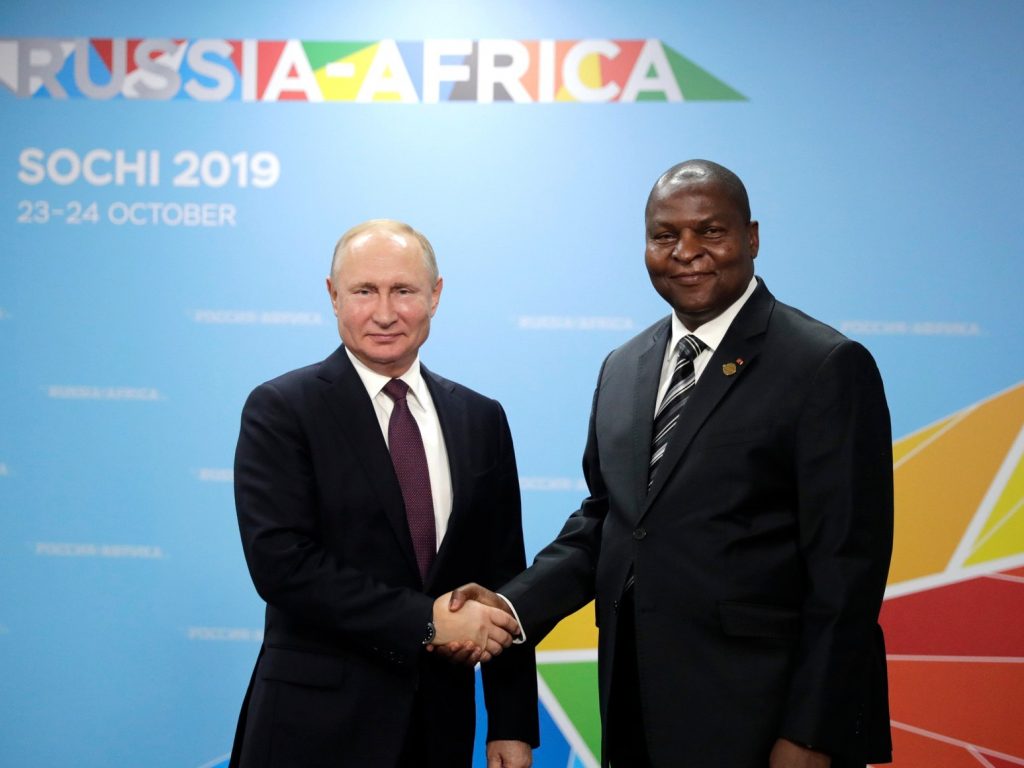 Want to read this report offline?

For years, France and the United States maintained a strong presence in the Central African Republic (CAR)—until the end of military operations in 2016 and a withdrawal of forces in 2017. This disengagement turned out to be a major opportunity for Russia, which was seeking to advance its geopolitical and economic interests in the region.

Ever since, the Kremlin has rapidly expanded its influence by propping up CAR President Faustin-Archange Touadéra with presidential protection, military support, and the creation of a network of political allies to back the embattled leader. In exchange for this support, CAR has surrendered great parts of its sovereignty to pro-Kremlin security emissaries.

Today, the Central African Republic is experiencing serious corruption, a bloody war economy, harmful disinformation, and a judicial system that benefits the powerful at the expense of the broader population. The US and its European partners can target the corrupt entities now thriving in the region, foster a new framework for multilateral negotiations to address drivers of conflict, and more effectively support international bodies dedicated to prosecuting and arresting individuals responsible for the kinds of gross human-rights violations and financial crimes occurring in the Central African region.