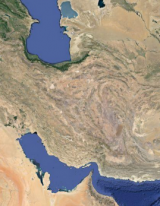 When most people think of the “military option” against Iran, they imagine a US attack that takes out Iran’s most important known nuclear facilities. They expect Iran to retaliate by closing the Strait of Hormuz, sending missiles into Israel, and supporting terrorist attacks on US personnel in Iraq and Afghanistan.

But what if the response came in the form of an anonymous cyber attack that shut down the New York Stock Exchange for a few hours? Or an assault that cut off electrical power in a major US city, froze civilian air traffic, or interfered with further military strikes on Iran by conveying incorrect information to American military commanders?

The Iran Task Force, launched in 2010 and chaired by Ambassador Stuart Eizenstat, seeks to perform a comprehensive analysis of Iran’s internal political landscape, as well as its role in the region and globally, to answer the question of whether there are elements within the country and region that can build the basis for an improved relationship with the West and how these elements, if they exist, could be utilized by US policymakers.

The Atlantic Council’s Cyber Statecraft Initiative helps foster international cooperation and understanding of new forms of competition and conflict in cyberspace through global engagement and thought leadership. This report is sponsored by Saab North America, Inc.