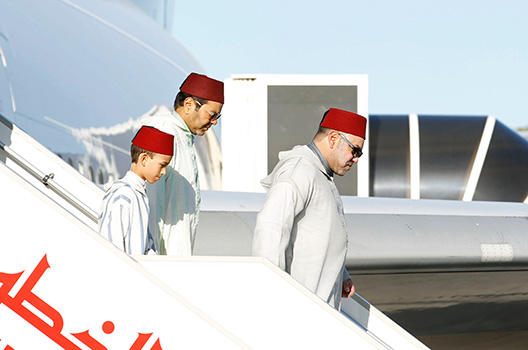 In contrast to popular uprisings throughout the Middle East and North Africa in 2011, Morocco has emerged relatively unscathed, avoiding destabilizing political upheaval or economic impact. The case of Morocco has surprised many observers because its weak and problematic social, political, and economic indicators are much like those of the other transitioning countries.

In “Morocco’s Gradual Political and Economic Transition,” Mohsin Khan, a Nonresident Senior Fellow, and Karim Mezran, a Senior Fellow at the Rafik Hariri Center for the Middle East, explain the factors defining the country’s unique situation, assessing King Mohammed VI’s legitimacy, the government’s quick efforts to draw up an economic plan with support from the international financial institutions, and the ruling elites’ cleverly managed socio-political reforms.

Morocco is exceptional in that it is the first North African country to have negotiated a program with the International Monetary Fund, and its subsequent policies have resulted in macroeconomic stability. On the political front, the King has implemented social reforms and national reconciliation measures and has endorsed constitutional revisions to transfer more authorities to an elected parliament.

Despite these positive steps that have saved Morocco from the deterioration of the economy, security, and order, Khan and Mezran assert there remains much to do to substantially open the political space and create economic growth. The authors put forth recommendations, such as creating channels for civic participation and reforming the labor market, to keep Morocco on a path toward a more pluralistic and economically viable country.

This is the third in a series of reports by Khan and Mezran on the economics and politics of North Africa. They have previously written on Algeria and Libya.