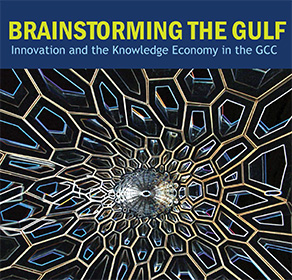 Places like Singapore, Boston, Bangalore, Pittsburgh, Silicon Valley, and others are known as leaders in innovation, but when it comes to building the knowledge economy, the Gulf has become one of the most ambitious regions in the world.

A decade ago, the consensus from outside the region was that Middle Eastern countries, including those in the Gulf, were a long way from developing knowledge economies— defined as economies that combine advanced research and development, entrepreneurialism, and creative thinking into innovative, wealth-generating enterprises. Fast-forward to 2015, and many Arab Gulf countries have become well known for their attempts at building knowledge economies, for instance through innovation clusters such as Abu Dhabi’s Masdar City, Dubai’s TechnoPark, Qatar’s Science and Technology Park, and Saudi Arabia’s King Abdullah University of Science and Technology. Through these and other efforts, Gulf countries have invested billions of dollars in dozens of initiatives to co-locate the sources of innovation—research labs, venture capital, entrepreneurs, high-technology companies, and educational institutions, in hopes of building globally renowned knowledge economies.

In Brainstorming the Gulf: Innovation and the Knowledge Economy in the GCC, the report’s author, Peter Engelke, Senior Fellow for the Foresight, Strategy, and Risks Initiative in the Atlantic Council’s Scowcroft Center for Strategy and Security, highlights the successes that Gulf states have enjoyed to date and addresses the major hurdles to sustaining and expanding these successes. While all signs point to the staying power of Arab Gulf leadership’s long-term commitment to the knowledge economy, the harder part will be sustaining the knowledge economy’s soft infrastructure—the dimension of entrepreneurial culture involving creativity, expression, inclusion, disruption, and borrowing from global cultural flows. If talented people are at the core of the innovation process, government policy in the Gulf ought to focus as much on the creation of dynamic and livable places in order to attract and retain the best talent from all over the world. As Arab Gulf states have already discovered, this pathway is disruptive, bringing with it significant social consequences.