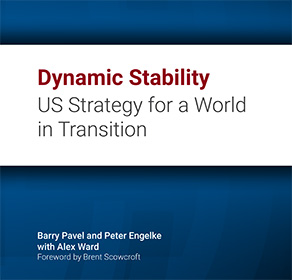 We have entered a new era in world history, a post-post-Cold War era that holds both great promise and great peril for the United States, its allies, and everyone else. We now can call this a “Westphalian-Plus” world, in which nation-states will have to engage on two distinct levels: dealing with other nation-states as before, and dealing with a vast array of important nonstate actors. This era calls for a new approach to national strategy called “dynamic stability.”