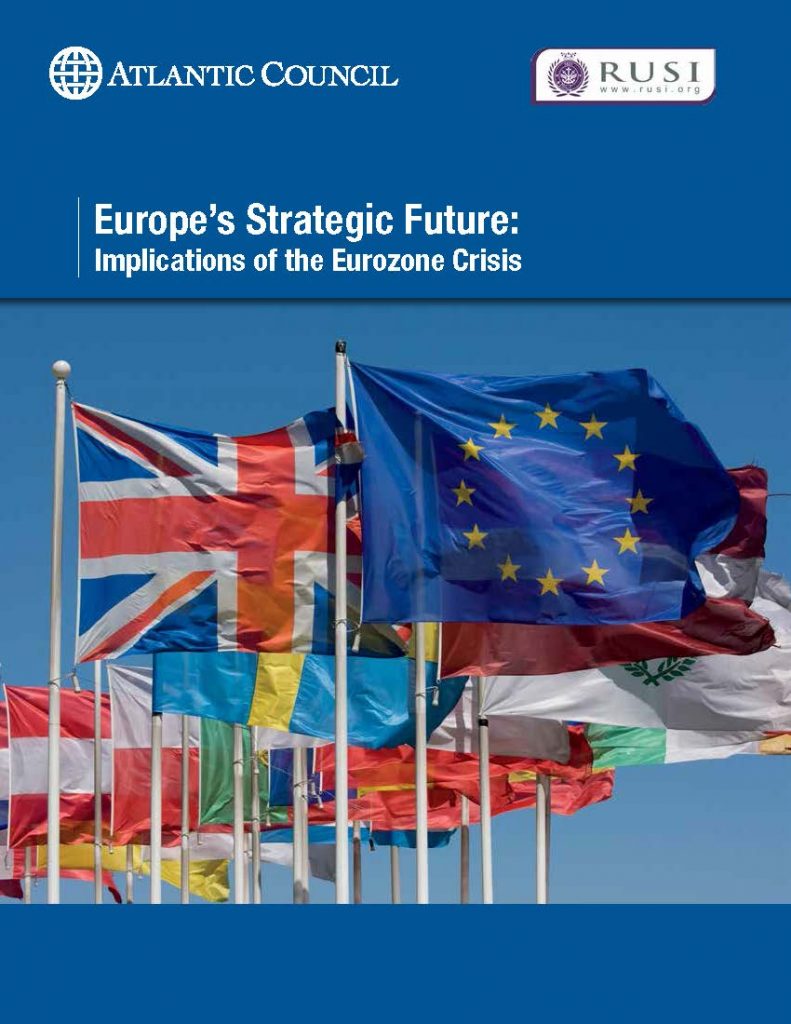 The Atlantic Council and the Royal United Services Institute have issued a joint publication entitled Europe’s Strategic Future: Implications of the Eurozone Crisis. The report features perspectives from the United States, the United Kingdom, and India analyzing how the Eurozone crisis is likely to impact Europe’s role in the world.

The publication aims to elevate the conversation about the Eurozone crisis beyond the economic and political questions that usually frame the debate on Europe’s future, focusing instead on its impact on Europe’s will and capability to exert influence beyond its borders. While each of the briefs covers its own ground and offers its own perspective, several key themes exist: first, Europe will emerge transformed from the crisis, but exactly what Europe emerges in the future remains unclear. Second, Europe is likely to remain inwardly focused in the coming decades, which will reduce its influence and weight on the world stage. Third, the crisis is harming perceptions of Europe among outside powers, including in the United States. This will have important implications for the transatlantic relationship and NATO.

The compendium features the following chapters: