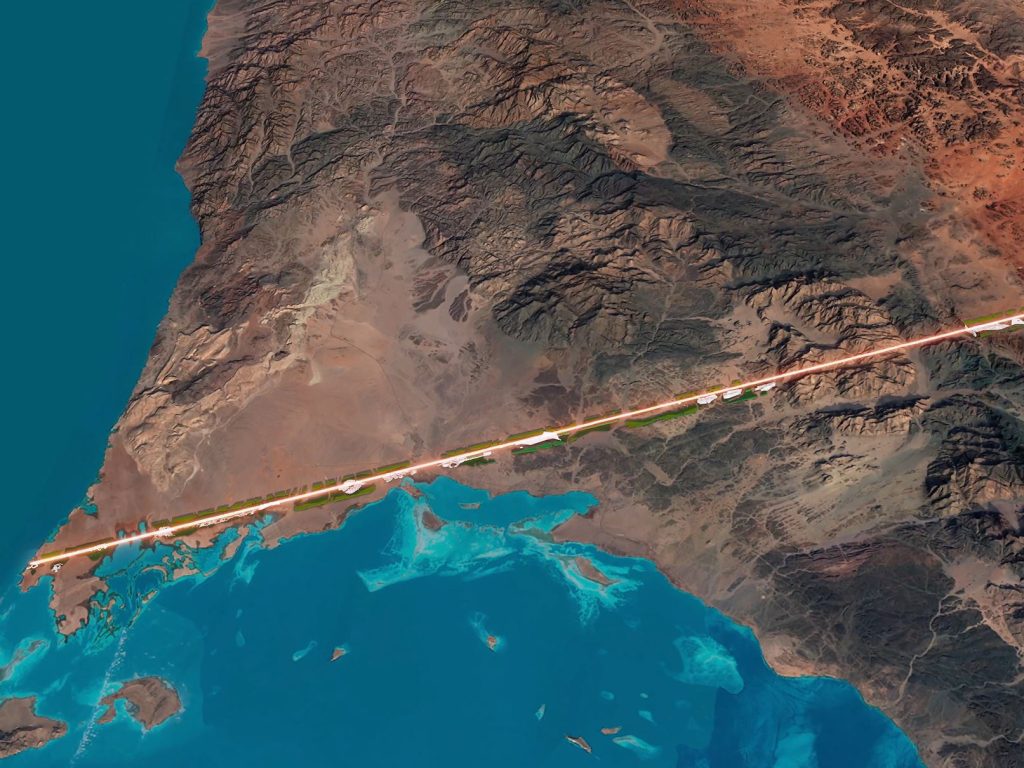 On reforms and good governance, the states of the Gulf Cooperation Council (GCC) have little to worry about in the current global power cycle, which is shaping an order definitely less Western-centred, and more Eastern-oriented, if compared with the 2010s. National economic goals, rather than foreign policy alliances, traditionally drive top-down reforms in GCC states, including  those with an impact on social and individual freedoms. For GCC  countries, the first challenge is today to continue the “parallel partnerships” policy—with the United States, but also with China and Russia—that they were able to  successfully pursue until Russia invaded Ukraine. This posture can be roughly summed up as: security largely with the United States, economics and trade also with the Chinese, the Indians and, to a lesser extent, the Russians.

However, in the medium to long term, the reshaping of Western-Eastern balances could affect the trajectory of the Gulf’s security sectors, which have been developed and modernized through  cooperation with the United Kingdom (UK) and the United States. This has comprised defense procurement, education, training, joint exercises, and the participation at Peace Support Operations (PSO). Now, the GCC’s security sectors are undergoing a transformation towards greater capabilities and autonomy, which is going to result in a subtle but significant role also for China, Russia, and the Asian countries. This has already taken shape in the form of cooperation between national defense industries and in patterns of security assistance abroad, with implications for rights and good governance.

What’s at stake for the GCC states

Since the 2010s, GCC states have broadly capitalized on the emerging multipolar order. As the Gulf’s oil-centred states has begun to diversify their social-economic structures, Eastern powers have increased investments in oil and infrastructure. Saudi Arabia’s Vision 2030 and the Chinese Belt and Road Initiative (BRI) have been revealed to be compatible pathways for development. In terms of policy planning, this also displays how both the GCC states and China tend to design long-term visions for their nations, visualizing how ′ruling power` and ′societies` might look like in the future. Although high energy prices usually support authoritarian continuity rather than social reforms, the Gulf’s economies have now only to lose in the post-Ukraine war international scenario, marked by conflictual polarization, economic sanctions, and dwindling globalization.

In fact, GCC states need open and interdependent economic systems to maximize internal revenues, thus allowing post-hydrocarbons diversification. This explains why, especially the United Arab Emirates (UAE) and Saudi Arabia, have refused to openly condemn Russia’s war of aggression, even though Qatar has displayed some sort of coordination with Western positions, joining, for instance, the Ukraine Security Consultative Group—an initiative of the United States.

For GCC states, the economic fallout would be decisively worse in the event of an open international crisis over Taiwan, given the scale of energy and investment ties between the Gulf Arab capitals and China. The Gulf-Chinese relationship is also no more only transactional: It has spilled over, for instance, into the education sphere. Deeper exchanges of people and knowledge between the Gulf states and China is going to increase the ways in which they influence each other. After all, the Gulf and the Chinese models of government, business, and development are similarly authoritarian and this could increase occasions for top-down, state-led collaboration. Cultural cooperation initiatives between GCC states and China include Saudi Arabia’s move in 2019—the first by an Arab country— to add Mandarin Chinese as a third language in the national education system, and the UAE’s launch in 2020 of a Chinese-language program in 100 public schools. The effects of these efforts will be felt not just on individual students but eventually, also on the ruling classes of these countries.

GCC governments and rulers usually implement reforms in a ′top-down` way, as concessions ′from above`, not as the outcomes of ′bottom-up` demands. In particular, the introduction of social and labour reforms, religious freedoms and interfaith dialogue by GCC states is related more to energy prices, plans for a post-hydrocarbons future and international reputation, than to shifting geopolitical balances.

Despite decades of Western nudges and diplomatic pressure on human rights, many GCC governments introduce reforms only when changes are seen as convenient by rulers for economic and image reasons. For instance, Saudi Arabia framed women’s rights measures—such as the right to drive, apply for passports, travel freely, serve in the security services and the military, and visit stadiums with families—as part of its Vision 2030 plan. Ahead of the FIFA World Cup 2022, which it is hosting, Qatar introduced reforms to improve the living conditions of low-paid expatriate workers. Among the steps it has taken are reforms to the sponsorship system, or kafala, lifting earlier curbs that prevented workers from changing jobs; and a non-discriminatory minimum wage. Qatar has also organized human rights-based training courses for security staff and employees at Doha’s Hamad International Airport, the principal gateway of entry for soccer fans, players, and officials attending the event.

To be sure, some existing—and quite effective—cooperation initiatives between GCC states and Western countries have also circumvented the issue of human rights and good governance. For instance, NATO’s Istanbul Cooperation Initiative (ICI), established in 2004 between NATO and four GCC states (the UAE, Qatar, Bahrain, and Kuwait), is a platform based on practical and country-tailored cooperation areas, not shared values. In fact, one of the principal pillars holding up the ICI is a stated commitment that the initiative “respects and takes into account the specific regional, cultural and political contexts of the respective partners”.

However, other arenas for collaboration do emphasize values that are important to the West. The EU Strategic Partnership with the Gulf, a document proposal released by the European Commission in 2022, dedicates an entire paragraph on the rule of law and human rights. Collaboration between Gulf states and NATO on military education (for instance, the Regional Cooperation Course at the NATO Defense College in Rome, or the activities of the NATO-ICI Regional Centre in Kuwait) also favours knowledge-transfer on good governance topics. This is done without expressly mentioning accountability or human security principles as goals.

The potential decline in influence of Western states and models and the rise of Eastern paradigms could affect the way GCC states develop their security sectors, particularly when it involves cooperation in national defense industries and security assistance to third countries. Since the 2010s, the real and perceived withdrawal of the United States by the broader Middle East (included Afghanistan) has pushed GCC states to diversify their alliances in the security and military field. Younger and more globalized ruling classes in the region increasingly look Eastward, while Gulf Arab capitals compete to host international defense exhibitions aimed at attracting both business and national prestige.

The results are showing. Between 2016 and 2020, Saudi Arabia increased arms imports from China by 386 percent compared to the period between 2011 and 2015. The UAE bought Chinese L-15 light combat aircrafts for the first time. It had previously purchased the Wing Loong II unmanned attack aerial vehicles from China, as has Saudi Arabia.

Nevertheless, as long as GCC states rely on significant defense procurement from the West, the involvement of Eastern technicians, trainers and advisors in GCC security sectors will stay limited, because of incompatible equipment and expertise. Instead, the localization of the GCC defense industry—a pillar of their post-hydrocarbons diversification—might be more important to watch, especially in the medium to long term.

Both Saudi Arabia and the UAE have signed agreements with Russia to localize the co-development of armaments. In March 2022, Saudi Arabia and China created a joint venture to design and build drones in the kingdom. The UAE and Indonesia committed in 2020 to cooperation in defense industry-related science and technology, while joint defense industry initiatives are at the centre of the recent UAE-Turkey rapprochement.

Security assistance in third countries is also an emerging area of cooperation for GCC states, especially with Russia. GCC countries and Moscow share not only an authoritarian model of government and of crisis management, but also agree upon a political, approach to stabilization abroad that is not neutral. Instead, it involves taking sides between warring factions to pursue zero-sum goals on the ground and opting for selective “train and equip” programs rather than comprehensive security sector reforms. The Gulf states—especially the UAE—and Russia disconnect security assistance from institution building, focusing on a security-first approach, the exploitation of local dynamics, and direct relations with hybrid actors. Africa is the main laboratory for the Emirati-Russian enténte on security assistance, with Libya and Mali serving as prime examples.

For GCC states, shifting global balances towards the East are not going to substantially affect the trajectory of reforms, which are primarily top-down and driven by national economic goals rather than by foreign policy alliances. However, cooperation in national defense industries and security assistance in third countries could play a role in the medium to long-term development of the Gulf’s security sectors. Tighter cooperation with non-Western powers, especially with China and Russia, could in fact reduce the incentive that GCC countries feel to move towards reforms and good governance standards. That could in turn further limit the space for human rights and accountability, impacting on the future approach that GCC states adopt toward security governance at home and abroad.

Eleonora Ardemagni is an ISPI Associate Research Fellow and a Teaching Assistant at the Catholic University of Milan.

Image: Saudi Arabia has announced a new 105-mile-long 'zero carbon emissions' eco-city. THE LINE will be a 170km belt of hyper-connected future communities, without cars and roads and built around nature. Walkability will define life on THE LINE, with all essential daily services, such as schools, medical clinics, leisure facilities, as well as green spaces, within a five-minute walk. Saudi Arabia says THE LINE is the first time in 150 years that a major urban development has been designed around people, not roads, and “is a direct response to some of the most pressing challenges facing humanity today such as legacy infrastructure, pollution, traffic, and human congestion.” Ultra-high-speed transit and autonomous mobility solutions will make travel easier and give residents the opportunity to reclaim time to spend on health and wellbeing. It is expected no journey will be longer than 20 minutes. THE LINE’s communities will be cognitive, powered by Artificial Intelligence (AI), continuously learning predictive ways to make life easier, creating time for both residents and businesses. An estimated 90% of available data will be harnessed to enhance infrastructure capabilities far beyond the 1% typically utilized in existing smart cities. Redefining sustainability, THE LINE will comprise carbon-positive urban developments powered by 100% clean energy, providing pollution-free, healthier and more sustainable environments for residents. Mixed-use communities will be built around nature, instead of over it. A cornerstone of Saudi Vision 2030 and an economic engine for the Kingdom, it will drive diversification and aims to contribute 380,000 jobs of the future and SAR180 billion (USD48 bn) to domestic GDP by 2030. His Royal Highness Mohammed bin Salman, Crown Prince and Chairman of the NEOM Company Board of Directors announced Sunday (10 Jan): “Throughout history, cities were built to protect their citizens. After the Industrial Revolution, cities