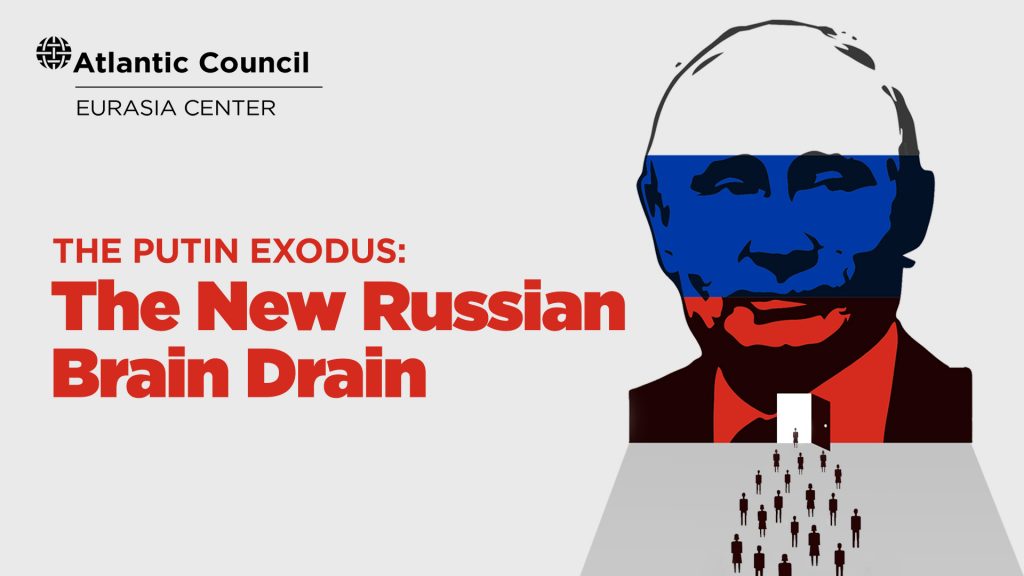 LEARN MORE ABOUT THE PUTIN EXODUS

Human capital is fleeing Russia. Since President Vladimir Putin’s ascent to the presidency, between 1.6 and 2 million Russians – out of a total population of 145 million – have left for Western democracies. This emigration sped up with Putin’s return as president in 2012, followed by a weakening economy and growing repressions. It soon began to look like a politically driven brain drain, causing increasing concern among Russian and international observers.

In this pioneering study, the Council’s Eurasia Center offers a clear analysis of the Putin Exodus and its implications for Russia and the West. The study, which is authored by Ambassador John Herbst and Dr. Sergei Erofeev, examines the patterns and drivers of Russian emigration to the West since 2000 based on the findings from focused interviews and surveys with new Russian émigrés in four key cities in the United States and Europe.