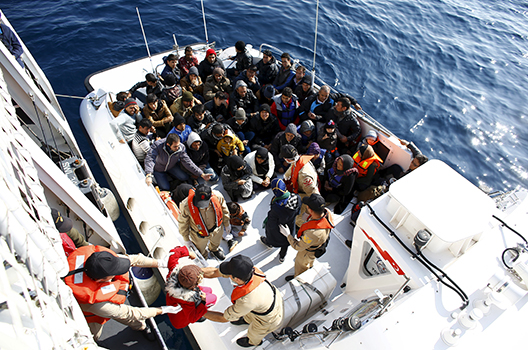 For several years, Turkey has been hosting the world’s largest refugee population. This report, “Toward Long-Term Solidarity with Syrian Refugees? Turkey’s Policy Response and Challenges,” takes a comprehensive look at the policies, actors and issues that have characterized Turkey’s approach to Syrian refugees since 2011. In this age of mass refugee flows, Turkey distinguishes itself from other countries for demonstrating both financial and organizational capacities, as well as a strong political will to welcome refugees. Open door, camps and temporary protection have been at the core of Turkey’s approach. But an uninterrupted inflow of refugees, as well as a complicated foreign and domestic political environment, has put some limitations on Turkey’s welcome. And Turkey’s praised policy put in place in 2014-2015 has been slowly dismantled over time (with the sidelining of camps, the closing of the border, the limitation on freedom of movement for Syrians, early returns, possible push backs, etc.), and a new sense of direction now needs to be put in place.

Image: Refugees and migrants are transfered to a coast guard boat to disembark at the closest harbour from the Turkish Coast Guard Search and Rescue ship Umut-703 off the shores of Canakkale, Turkey, after a failed attempt at crossing to the Greek island of Lesbos, November 8, 2015. REUTERS/Umit Bektas