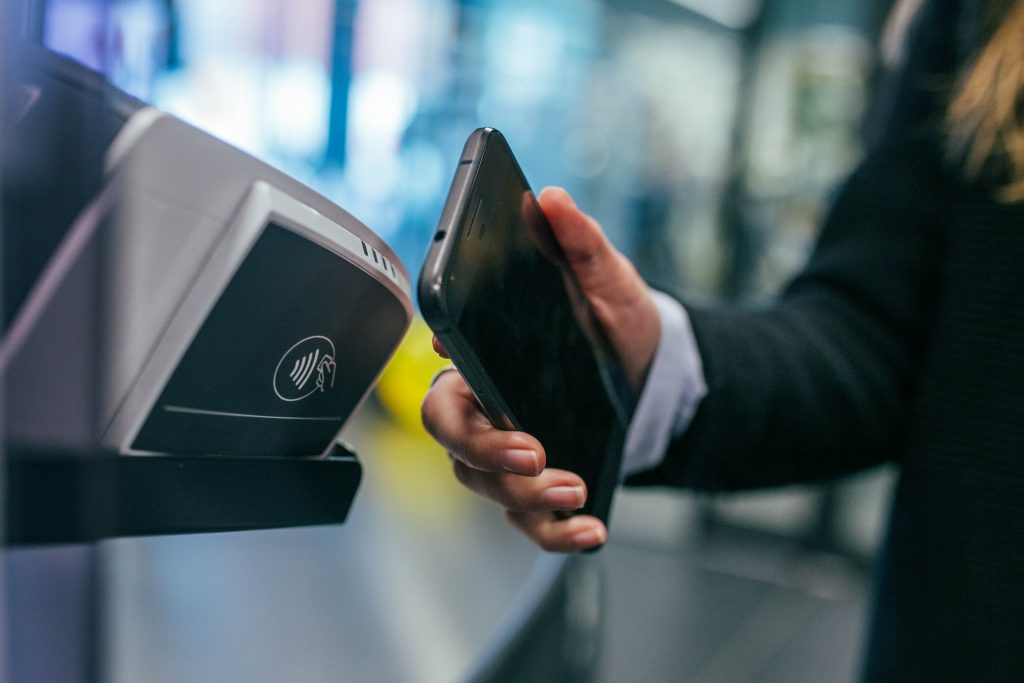 From the invention of the wheel, railroads, and steam power to containerization and bar codes, technology has been a great enabler of trade. While regional efforts on trade, in the context of rapid urbanization and a growing global middle class, will help shape the flows and architecture of the future of trade, the technology revolution—increasing digitization, the cloud, artificial intelligence (AI)/robotics, 3D printing, and 5G/Internet of Things (IoT)—is transforming its form and composition.

Rapid digitization has already transformed trade, lowering costs and merging the physical and the digital, though digital value and services are undervalued in trade statistics. The world is only at the initial phase of AI and the algorithm-driven economy. The US International Trade Commission (ITC) estimates that global e-commerce transactions (including e-payments, etc.) totaled $27.7 trillion in 2016, 90 percent of it business-to-business (B2B), a 44 percent increase from 2012. According to the World Trade Organization (WTO), international trade costs declined by 15 percent between 1996 and 2014. Many once traded commodities—books, music, games, and newspapers—are now sold and consumed digitally (40 percent of global music sales are streaming). Internet traffic continues to advance rapidly, with 2019 traffic projected to be 64 times its 2005 volume. Moreover, new global services are being created, from online academic courses to legal aid to telemedicine. The value of trade is increasingly in software, design, and other IP rather than in goods. This reality lowers the bar of entry to global markets for startups and small and medium-sized businesses across the globe. Yet, these digitally driven trends are almost certainly positioned to further accelerate the deployment of 5G wireless technology over the coming five to six years. This technology will be up to 100 times faster than current 4G broadband and enable the IoT and connections of billions of sensors and devices. In addition, 3D printing, which is still a niche technology, is expected to grow exponentially over the next two decades, again turning goods, in effect, into services as computer-aided designs are downloaded and the product manufactured at the point of consumption. Trade in services comprises about 23 percent of global trade and is projected to grow 60 percent faster than trade in goods, according to McKinsey & Company. Trade statistics do not take into account cross-border free digital services—Google, email, videoconferencing, and social media—which by some estimates add up to $8.3 trillion in value annually. Moreover, McKinsey estimates that the deployment of 5G wireless technology and the IoT it will enable over the coming decade could be worth up to $11.1 trillion by 2025.

Trade in services comprises about 23 percent of global trade and is projected to grow 60 percent faster than trade in goods.

The digital economy, now a near-mature technological sector, is a prime example of how even established, if fast changing, technologies can race well ahead of governance. By some estimates, the global data flows grew forty-five times from 2005 to 2014, exponentially faster than flows in trade or finance. The US Department of Commerce found that in 2014, more than half of US trade in services was digitally delivered. A report by Japan’s Ministry of Economy, Trade and Industry (METI) estimates that 50-56 percent of all trade in services is ICT-enabled. Digital commerce already accounts for roughly 20 percent of global trade and is projected to increase to 25 percent by 2025. This percentage of total trade is likely to accelerate by an order of magnitude over the coming decade. Consider the explosion of e-payments, for everything from ridesharing to food deliveries, to the coming impact of 3D printing. Global mobile data traffic is also projected to increase sevenfold from 2017-22.

Yet, there are only partial and incomplete rules for e-commerce, varying and contradictory from one regional and/or bilateral trade accord to the other, and a growing risk of fragmented digital regimes and a Balkanization of the Internet. Moreover, the overarching governance of use of software codes, data sharing, and/or commercialization of private content, storage of data, and where to draw the line on privacy all lack any globally agreed norms or minimal standards. An additional layer of concern is the explosion of social media with a widening variety of nefarious, sometimes lethal, consequences.

There are some global agreements and norms that cover aspects of e-commerce. WTO agreements that cover services (financial, legal, etc.) and various remedies on IP rights (e.g., trademarks, copyrights, legal protections, and remedies in the digital environment) offer only a partial framework. There are numerous gaps in digital governance, as well as new challenges from evolving technologies, such as the growth of 5G/IoT, AI, the cloud, and cloud-based AI services. There is an urgent need to define rules and regulations on data services to ensure interoperability, and that fully account for the fundamental differences between e-commerce and global data services and trade as traditionally understood.

At the same time, digital protectionism (e.g., localization of data requirements, forced transfer of source codes, restricting global commercial data flows, and/or cloud ownership) is rising while the Internet is becoming fragmented. Digital commerce depends on open and transparent global commercial, scientific, and academic data flows. The EU’s General Data Protection Regulation (GDPR), implemented in 2018, is an important effort to create a global standard that safeguards privacy while not curbing commerce. The GDPR has gone a long way toward setting global privacy standards, which are adhered to by major international businesses. It is, however, vague in some areas and requires clarity and/or reform to compete in the world of AI algorithms.

Unfortunately, the three key global actors—China, the EU, and the United States—appear to be evolving into separate and not entirely compatible digital regimes, a potential harbinger of a global economy fragmenting into competing blocs. China, Russia, and some other countries claim a doctrine of “Internet sovereignty.” While there is a legitimate spectrum of varying approaches to privacy, governments controlling free flows of scientific and commercial data is contrary to the core idea behind the Internet. A number of emerging economies—for example, Brazil, India, Indonesia, and Vietnam—appear to be adopting or considering adopting restrictive digital policies. This Balkanization imperils the future of digital commerce, and hence, global digital trade and data services. The challenge is to find some minimal interoperable baseline standards and norms.

This Balkanization [of the Internet] imperils the future of digital commerce, and hence, global digital trade and data services.

The EU and the United States differ over many tech issues. While the EU has moved ahead in developing standards and rules, the United States is just beginning to develop a comprehensive national framework, and only has a mix of national and state laws and regulations. China, the third digital superpower, is adopting policies and restrictions that are at odds with the EU and the United States. In the case of China, its “Great Firewall” is getting higher, imposing web censorship within the country and restricting the web presence of US tech firms, including Google and Facebook. Such treatment has meant that, for example, Amazon has only 1.3 percent of China’s e-commerce and is unable to appeal to Chinese consumers and compete with the dominant Alibaba and JD.com.

There is a compelling need to, at the least, minimize real or potential negative consequences of this discordant situation to make compatible the digital regimes of China, the EU, and the United States with regard to e-commerce. This is a critical foundation—as the Trans-Pacific Partnership (TPP) tried to do, and as WTO talks on digital rules are seeking to do—without which global digital norms, and already rapidly growing digital commerce, soon to expand exponentially with the launch of 5G, IoT, and AI, risk Balkanization. The depth and scope of issues— and mutual downside risks—with regard to e-commerce, cybersecurity, and privacy led Microsoft President Brad Smith to call for a “new Digital Geneva Conference.” In light of the stakes and the urgency, these issues underscore a global economic diplomacy deficit—and given the current trends of fragmentation and economic nationalism, such a global effort, which has resonated in Europe, has not garnered support in the United States, China, or Russia.

The most important effort to date to create a comprehensive set of e-commerce rules and norms is reflected in the digital commerce section of the CPTPP. This section establishes nondiscriminatory treatment as the default norm. It will reduce all manner of barriers and prohibitions on digital commerce. It will, for instance, prohibit customs duties on electronic transmissions, ban data localization laws and laws that prevent FDI in clouds, and require that states proactively create consumer data protections and endorse equal Internet access (net neutrality). Such provisions—some of which have been suspended in the hope of US reentry—are a useful precedent for regional and global standards. The renegotiated NAFTA (now called the United States-Mexico-Canada Agreement, USMCA) adopted many of the TPP’s provisions, as has the EUJapan Economic Partnership Agreement.

Digital commerce has been a major issue in US-China trade talks. There is pressure on China to roll back a number of provisions in its 2017 national security and cybersecurity laws. China has hardened its position on control of data, which has exacerbated US-China economic friction. Abe, significantly, made global governance of data commerce a major theme of the G20 meeting in Osaka in June 2019 in an effort to boost WTO digital accord talks. The CPTPP and US-Japan trade accord discussed above could be building blocks for a global or near-global agreement. The divergent US, EU, and Chinese digital regimes, however, cast a shadow over the entire digital universe. Enormous government and private sector resources have been dedicated to address internet vulnerabilities, in tandem with the rise of a global cybersecurity services market valued at $167 billion, and projected to expand to $248 billion or larger by 2023. Yet, despite such efforts, the dark web, cyber hacking, ransomware, and industrial cybertheft have not appreciably declined, although attribution of such misdeeds has improved dramatically. Some argue that AI’s machine learning algorithms will become a tool that will help counter cybersecurity threats.

In the context of growing concerns over the global trading system, intra-regional accords have proliferated, in part as a hedge against US economic nationalism and global uncertainty. Many states are also looking to increase ties with the Asia-Pacific as the key driver of global growth.

Unchallenged currencies and the IMF

The US dollar remains the world’s unchallenged global reserve currency, and the IMF’s global role appears secure for now. However, that status quo is unlikely to persist without reform or fragmentation, given trends of regionalization, exclusive nationalism, and great power competition, combined with digitization and emerging technologies.