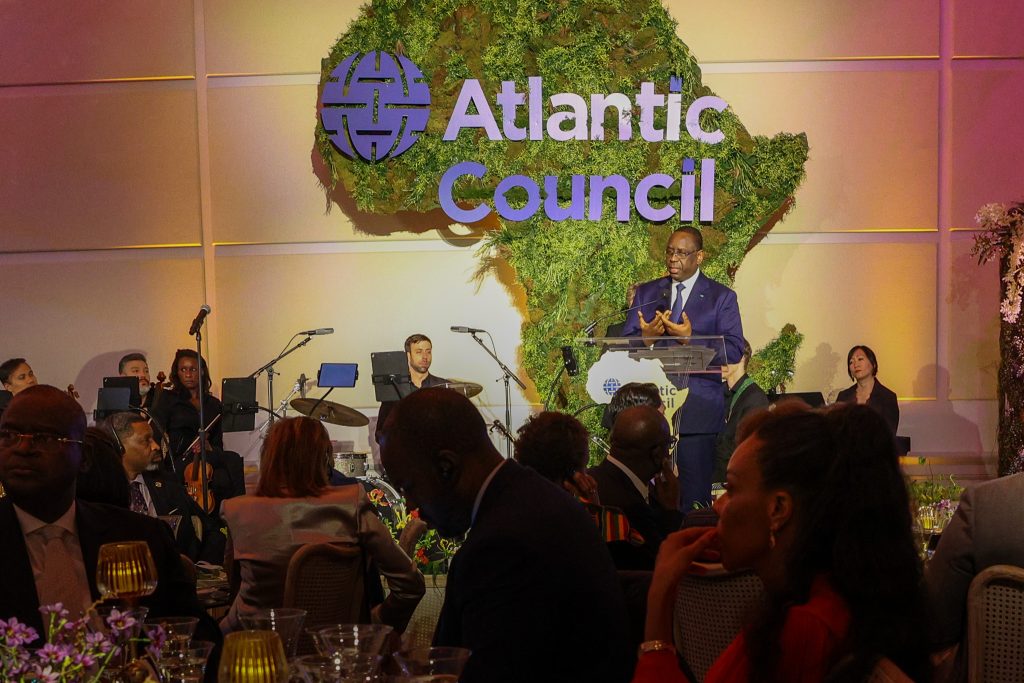 “Our dinner welcomed some of the most influential figures in Africa for important business-oriented conversations on the shared opportunities for African nations and the United States,” said Atlantic Council President and CEO Frederick Kempe. “I am grateful to the many heads of state, policymakers, and executives who joined us. Engagement between the US and our partners in Africa is vital to advancing democracy, security, and prosperity around the globe.”

“It was an honor to host dignitaries from across the African continent,” said Ambassador Rama Yade, senior director of the Atlantic Council’s Africa Center. “Africa is home to enormous vibrancy, creativity, entrepreneurship, and promise. In the week ahead, the Africa Center looks forward to highlighting these qualities on the world stage and to forging new opportunities—for both the people of Africa and the world.”

The Atlantic Council’s Africa Center promotes a dual-track approach toward strengthening security and bolstering economic growth and prosperity on the African continent. It recently expanded its areas of regional expertise with the addition of eight new fellows in September 2022. In addition to producing sharp analysis on US and European policies toward Africa, the Center convened the Africa Creative Industries Summit in Washington in October 2021 and the Sports Business Forum in Senegal in March 2022.