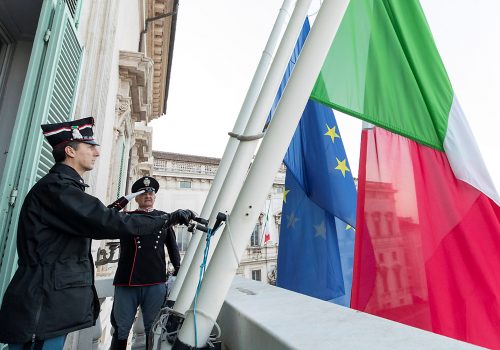 “Many countries have shown solidarity toward Italy in an extraordinary situation. We talk to everyone, but the pillars of our security are NATO and the European Union, and these shall remain,” Lorenzo Guerini said. 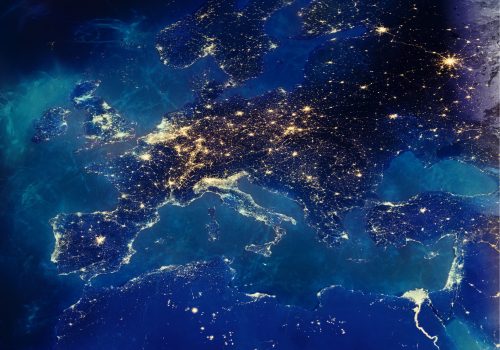 The United States and the EU should focus their energy cooperation in several areas that will benefit the EU’s efforts to meet climate targets and that, at the same time, will also bolster energy security. 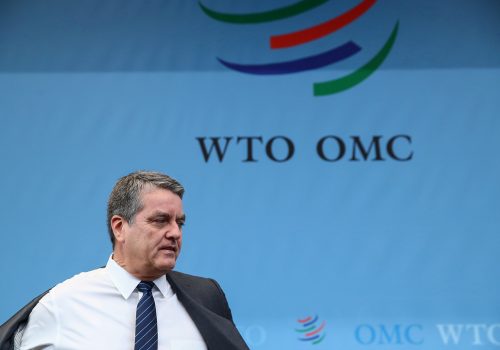 The WTO needs a new DG: No time for business as usual

Will the WTO finally pick a woman? Which continent “gets” the slot? And does the institution need someone from a developing country? These questions merit attention, but first, it’s time to ask why this isn’t “business as usual.” 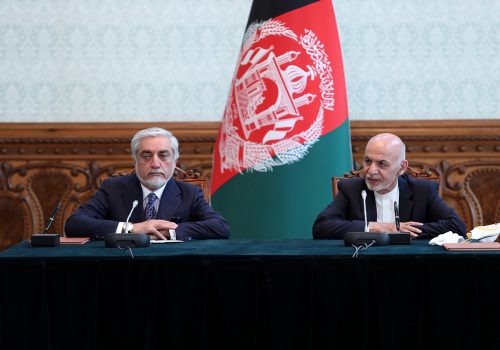 With the tentative peace deal under fire, continuing havoc wreaked by the COVID-19 pandemic, and a looming US troop withdrawal, the breakthrough in the Afghan government’s political deadlock will undoubtedly be welcomed by many in Afghanistan and the international community.

How the coronavirus impacts Japan’s prospects for constitutional revision

Whether or not the Japanese public will face a choice on revising the constitution in the near future now seems inextricably tied with the coronavirus; either it will scuttle efforts to hold a constitutional referendum before the end of Abe’s term or it will be the impetus for an accelerated effort.

Forging national renewal from the wreckage of coronavirus

ONLINE EVENT – A virtual launch for the new report, “European Energy Security and the Critical Role of Transatlantic Energy Cooperation: Final Report and Recommendations.” Public and private sector leaders from both sides of the Atlantic provide their comments on the report and discuss ways to effectively implement the outlined recommendations.

ONLINE EVENT – As former Georgian president and Odesa governor Mikheil Saakashvili returns to Ukraine’s political scene with his recent appointment as the executive secretary of Ukraine’s National Reform Council, his past work and future plans have created an air of expectation and uncertainty in Kyiv.

ONLINE EVENT – A virtual event discussing the future of Libya.

Downstream oil theft has become a global problem. Since most of the world’s energy systems still rely on oil, fuel smugglers are nearly always able to find markets for their goods. Moreover, as oil is not inherently illegal, it is generally an easy product to move, buy, and sell. Profits from oil theft are frequently used to fund terrorism and other illegal activities.

Counting the cost: Avoiding another war between Israel and Hezbollah

The Atlantic Council has released a new report, “Counting the Cost: Avoiding Another War between Israel and Hezbollah,” authored by Nicholas Blanford and Assaf Orion.

The Russian economy in health, oil, and economic crisis

Russia’s response to the COVID-19 epidemic and the ensuing economic crisis does not impress. Arguably, it has hardly been worse than the average EU response—except for the Central European countries, where the pandemic arrived late and who protected themselves much better. The Russian authorities’ attempts to deny and conceal the epidemic have undermined popular trust in Putin, which is lower than ever. Nor have the authorities shown any sign of restart long dormant reforms.

Twenty years after the Israeli withdrawal from Lebanon, Hezbollah faces host of challenges

The Israeli troop withdrawal was a moment of victory for Hezbollah, but the group has also placed the party in a quandary for the first time, which it has had to wrestle with before a growing audience of critics.