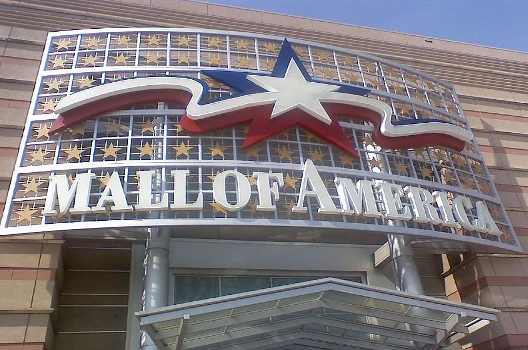 Al-Shabaab, the terrorist organization that controls stretches of Somalia, made a splash February 21 when it released a video featuring a masked spokesman calling for attacks on malls in England, Canada, and the United States. This is the group that in 2013 attacked the Westgate Mall in Nairobi, Kenya with terrible result, giving its threat an additional air of menace.

US Homeland Security Secretary Jeh Johnson in response warned shoppers at the US mall named in the video—the Mall of America in Bloomington, Minnesota—to be “particularly careful.” The mall announced it would be boosting security as well.

Some of the concern stems from the fact that al-Shabaab has successfully recruited at least forty Somali-Americans to fight in Somalia, as many as four of whom became suicide bombers. It is certainly not a coincidence that the video singled out the Mall of America located as it is in Minnesota, home to the largest Somali-American community in the country.

But the chance al-Shabaab operatives could conduct such an attack is virtually nil, and their chance of inspiring someone else to do it is low as well.

Al-Shabaab remains a dangerous force in the Horn of Africa region—in a February 20 attack in Mogadishu it killed twenty-five people, including two Members of Parliament—but is under heavy pressure from an international coalition that has driven it from its major urban strongholds and decimated its leadership. Executing an attack thousands of miles away in the face of alert law enforcement is beyond its capacity at the moment.

The video was instead designed to inspire a so-called lone wolf attack launched by someone motivated by al-Shabaab’s message but who does not have formal or operational links to the organization. The portion of the video calling for the mall attacks occurs at the end and the speaker specifically addresses Muslims in the West.

These types of attacks are concerning because they are difficult to preempt. A lone wolf normally does not engage in the activities domestic law enforcement would detect, such as communicating with a network of co-conspirators or gathering significant resources. If there is a silver lining, it is that lone wolves generally have little training and do not coordinate with other terrorists, making them less effective than they might otherwise be.

An al-Shabaab-inspired lone wolf attack is not impossible. The recent assault in Mogadishu was launched by two Dutch-Somali women, suggesting the group maintains appeal for some of the diaspora. The Somali community in the United States still struggles to protect its young people from radicalization as well: reports in the past six months have documented at least eleven Somali-Americans who have joined or attempted to join Middle Eastern terrorist organizations, including the Islamic State in Iraq and Syria (ISIS).

But al-Shabaab squandered most of the support it once had from the Somali diaspora. Its appeal stemmed largely from the fact it was fighting Somalia’s hated neighbor, Ethiopia, which invaded Somalia in 2006 to attack the relatively popular Islamic Courts Union that had brought a measure of stability to parts of the country. But the group’s brutality against fellow Somalis, shoddy treatment of foreign fighters, and battlefield reversals caused diaspora supporters to sour on the group. There have been few reports of Somali-Americans joining al-Shabaab since 2009.

In addition, ever since al-Shabaab’s recruitment success, domestic law enforcement and concerned members of the Somali-American community have made it more difficult for al-Shabaab to entice followers. When Somali-Americans began traveling to Somalia to fight, the FBI responded with a massive counterterrorism investigation. More recently, the Department of Justice has chosen Minneapolis as the site of a federal anti-radicalization program, and some Somali-Americans are actively countering extremist appeals to the community.

Finally, al-Shabaab has called on its Western followers to attack the United States and Europe before but without success. The situation has changed little since then, suggesting their plea will be ignored again.

Years before ISIS declared a caliphate, al-Shabaab attracted foreign fighters from all over the world and enjoyed the prestige of governing more territory than any other Islamic terrorist group. But today it is increasingly overlooked as it suffers military setbacks and ISIS and the Nigerian terrorist group Boko Haram grab headlines and, in the case of ISIS, attract thousands of foreign fighters. Al-Shabaab’s mall threat is a gambit with little downside: inspiring a lone wolf attack in the West or, failing that, getting back into the headlines, are both ways to regain some relevance.

US officials are prudent to advise caution as a lone wolf attack requires only one determined individual, but, happily, a call from a diminished terrorist group seeking to restore its luster is unlikely to inspire such a person.

Joshua Meservey is Assistant Director of the Atlantic Council’s Africa Center. Follow him on Twitter at @jmeservey.