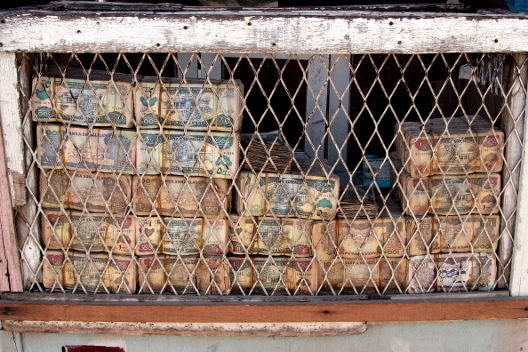 On February 6, 2015, one of the last Western banks willing to transfer money to Somalia on behalf of the country’s diaspora—transfers which represent up to 80 percent of all funds sent from the US to Somalia—ceased operations, cutting off one of the diaspora’s last options to support relatives and friends still in Somalia.

Merchants Bank of California is one of a growing number of Western banks which have stopped their Somalia operations over concerns about meeting strict US and European anti-money laundering and terror financing rules. Initially implemented after September 11, 2001, these regulations attempt to deny financial support to groups like Somalia’s al-Shabaab. Policymakers worry that American banks could be complicit in funding extremist groups if the money they wire abroad winds up in the wrong hands. If banks are unable to comply with these regulations, they often cease operations rather than risk massive, and potentially debilitating, fines for noncompliance from the United States or European governments.

Bank officials and shareholders worry about the cost-benefit of the entire operation; bank profits, levied through fees on each money transfer, are often not enough to justify the high risk of Somali operations.

Money transfers from abroad send an estimated $1.3 billion to Somalia annually, exceeding even the amount of annual humanitarian aid received. By contrast, the Somali government allotted a paltry $216 million for its entire 2015-2016 national budget.

As Somalis have few other options for reliable income, Prime Minister Omar Abdirashid Ali Sharmarke called remittances a “vital humanitarian lifeline” for Somalis to pay for basic services including food, housing, and medical care.  Adding to the concern is a 2015 report by the Famine Early Warning Systems Network, which estimates more than one million Somalis will lack reliable access to enough food in the first half of this year. Remittances from Somalis abroad are vital to bridging the gap between the Somali government’s shortcomings and the international community’s aid. With Merchants’ closing, the more than $200 million remitted from the US to Somalia annually is at stake.

The country has effectively been without any state institutions for more than two decades. Since there is no formal banking system in Somalia, informal money transfer operators (MTOs) have flourished. These operators enable Somalis in the diaspora, predominately in the US and the UK, to use a Western bank to wire funds to Somalia-based MTOs. Even Somalis living in remote villages can quickly access money sent from relatives abroad through their local MTO branch. And they overwhelmingly do: 40 percent of Somalis rely on remittances to meet their basic needs. Many humanitarian organizations in Somalia even use MTOs to pay their staffs and carry out their humanitarian assistance programs.

The decentralized nature of MTOs makes it nearly impossible for Western banks to comply with US and European regulations requiring detailed source and destination details for each transaction they complete—even when the MTOs accurately report and track the funds once they reach Somalia, they often do not meet the threshold imposed by US and European regulators.

A similar crisis occurred in 2013 when UK-based Barclays Bank announced it would cease all money transfer operations to Somalia because of money laundering concerns with its Somali MTO, Dahabshiil. The Somali diaspora and the international humanitarian community criticized the impact of the announcement. Barclays did eventually cease Somali operations, but only after Dahabshiil found an alternative bank with which to work.

This latest move by Merchants represents a significant reduction in the capacity of Western banks to legally transfer money to Somalia. There remain only a handful of banks in the US still willing to transfer money to Somalia and the scale of those transfers has reduced considerably. In addition to the uncertainty that this closing will cause for families who depend on money from abroad, Somalis in the diaspora can expect both the time and cost of sending remittances to increase as a result of Merchants’ closing.

While Western banks have valid concerns over money laundering and terrorism financing—and the massive fines that accompany even an inadvertent breach of the rules—the latest closure is likely to drive money transfers to Somalia underground, where black market transactions will be virtually untraceable and more vulnerable to control by criminal and terrorist networks. This will undermine what little progress has been made in establishing the MTO system which, ideally, will serve as the foundation for a future Somali banking system.

Drastically reduced remittances, even if only temporary, will impact fragile economic progress in Somalia. In addition to providing an alternative to foreign aid reliance, remittances increasingly support Somalia’s growing private sector, which provides basic services including telecommunications, health services, and electricity in the absence of the federal government.

Short of re-establishing a fully functioning Somali state, there are no quick or easy solutions to ease the terror financing concerns of Western governments and the legal and financial considerations of Western banks. In the meantime, the international community needs to work out alternate, legal banking options for Somalis in the diaspora to ensure that remittances continue to flow.

Kelsey Lilley is an Assistant Director of the Atlantic Council’s Africa Center. Follow her on Twitter @KelseyDegen.