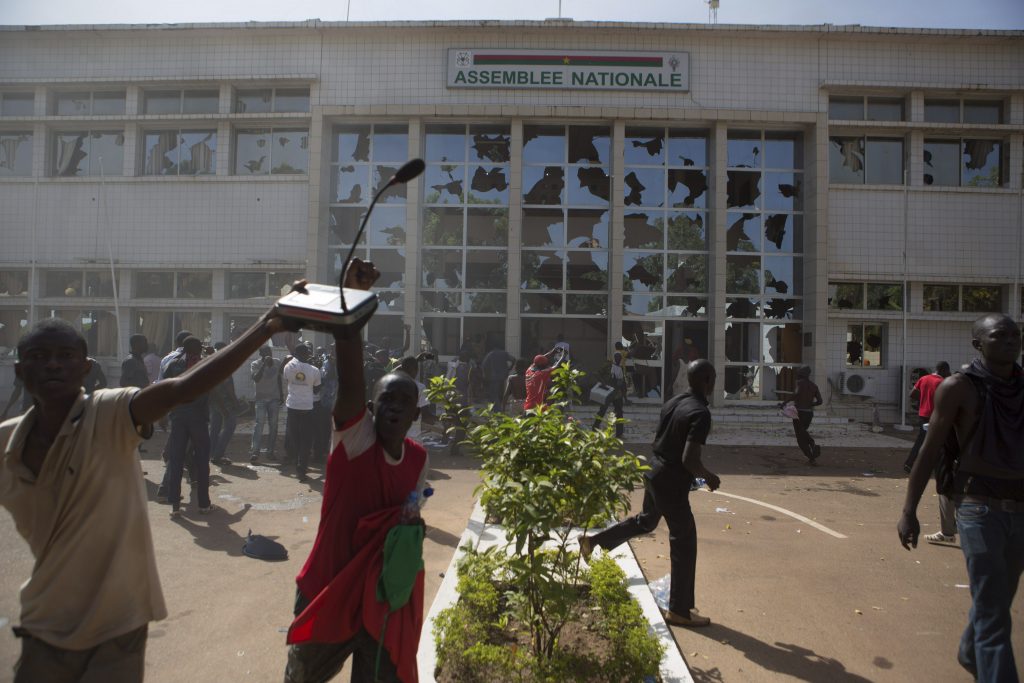 The “soft landing” that so many, both in Burkina Faso and abroad, had worked so hard to achieve is not to be. Following violent protests against an effort to lift the constitutional bar on his seeking another term in office, mob actions which brought the landlocked West African country to the edge of the abyss, President Blaise Compaoré announced on Thursday night that he would step down at the end of his current mandate and hand power to a democratically elected successor. In the meantime, the country would be governed by a government of national unity to be established in consultation with all stakeholders. The US State Department praised the move and issued a statement reminding all of “our commitment to peaceful transitions of power through democratic elections,” and emphasized that “neither side should attempt to change the situation through extra-constitutional means.”

Alas, the carefully constructed compromise was not enough for some opposition politicians, who used social media to mobilize crowds to fill the burned out streets of the capital of Ouagadougou on Friday. Facing the prospect of even greater violence, Compaoré did right by his country and resigned the presidency. The military chief of staff, Major General Honoré Nabéré Traoré, has now declared himself the head of state.

The military takeover is in direct violation of article 43 of the Burkinabè constitution of 1991 and its subsequent amendments which specify that in the event the presidency falls vacant, the head of the National Assembly takes over the office, albeit with slightly limited powers. The acting head of state, who may not run for the top job, is then responsible for holding presidential elections between sixty and ninety days of the vacancy. The winner of that poll serves a full five-year term. Thus, the acting president should be Soungalo Apollinaire Ouattara, a scholarly 57-year-old administrator who is best known abroad in academic circles as the author of Gouvernance et libertés locales–Pour une renaissance de l’Afrique, a 2007 volume published by the respected French Africanist publisher Karthala on the interplay of democratization and decentralization and their role in governance in Africa.

Should the military’s play for power—based on the notion that parliament was dissolved on Thursday and, hence, there is no president of the legislature—be allowed to stand, the constitutional order that the demonstrators supposedly sought would certainly be betrayed by the results at the end of the day. On the other hand, if the new regime is viewed as having seized power, then all the consequences which I earlier laid out would come into play. In either case, the opportunity for the first-ever peaceful and democratic transition in the fifty-four-year history of Burkina Faso’s independence has been lost—and, regrettably, with it, undoubtedly, a great deal more.