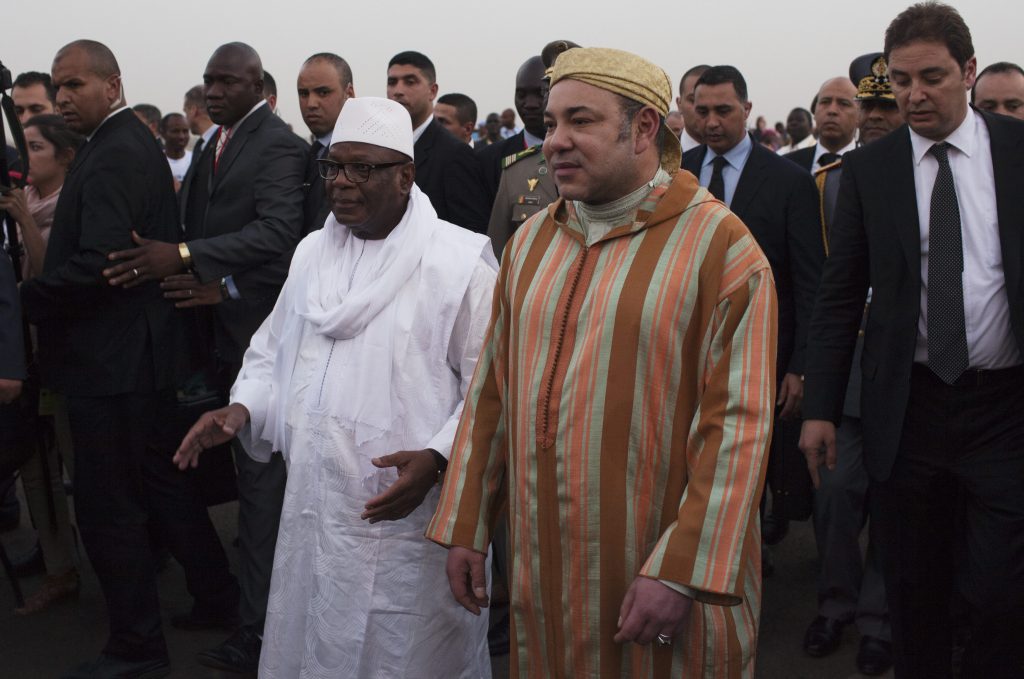 In a nationally-televised speech on August 20, Morocco’s King Mohammed VI characterized Africa as the “top priority” of his country’s foreign policy, emphasizing that “this multi-dimensional relationship puts Morocco in the center of Africa” and “Africa holds a special place in the heart of Moroccans.” Coming just a month after the historic decision by the kingdom to seek to assume its place in the African Union after having quit the old Organization of African Unity over the latter’s controversial admission of Western Sahara separatists three decades ago, the monarch’s remarks reaffirmed a strategic orientation with significant implications not only for Morocco and other countries of the African continent, but also their global partners, including the United States.

Speaking on the sixty-third anniversary of the “Revolution of the King and the People” (Thawrat al-malik wa shâab), the rear-guard attempt by the French colonial occupiers to remove his grandfather, Mohammed V, from the throne, a maneuver that ultimately hastened Moroccan independence by rallying the populace behind the Alaouite sovereign, Mohammed VI argued that today the destinies of Morocco and its African neighbors were inextricably linked: “I believe what is good for Morocco is good for Africa—and vice versa. Theirs is one and the same destiny. I also believe there can be no progress without stability: either the two go together, or they do not exist.”

In contrast to the colonial powers which he contends “looted Africa’s resources, stifled the potential of its sons and daughters, mortgaged their future, impeded the continent’s development and sowed the seeds of discord and strife among African countries,” contributing to “the problems plaguing African peoples today, such as backwardness, poverty, migration, wars and conflicts, in addition to despair and succumbing to extremist and terrorist groups,” the king outlined a Moroccan commitment “never made with the intention of exploiting the continent’s assets and natural resources,” but based instead on “mutual benefit.”

In fact, Mohammed VI expresses his confidence that “Africa has the means to ensure its development and to take its destiny into its own hands, thanks to the resolve of African peoples and to the continent’s human and natural resources,” citing as evidence Moroccan contributions to human development, social services, and trade and investment across the region. Singled out for mention in the royal speech was the rehabilitation of Cocody Bay in Abidjan, the commercial capital of Côte d’Ivoire, where Morocco is largest source of foreign investment. The king hailed the nearly $200 million public-private partnership between the governments and businesses of the two countries to restore the ecosystem of the lagoon and develop the infrastructure of the littoral as “a unique model of cooperation.” One could also add, among many other examples, the livelihood project at Soumbedioune Bay, in Dakar, Senegal, which I highlighted last year; the ongoing efforts by Morocco’s OCP Group, which earlier this created a special subsidiary to promote the development of the African agricultural ecosystem, to ensure smallholder farmers affordable access to appropriate fertilizers specific to their crops and soils as well as a range of services and support to turn these inputs into larger crop yields and, consequently, higher incomes; the ambitious expansion across Africa of the three largest Moroccan bank groups—Attiwarijafa, Banque Centrale Populaire, and BMCE Bank of Africa—in quest to provide accessible financial services for the continent’s burgeoning middle class; and the double-digit growth of Maroc Telecom’s Sub-Saharan subsidiaries, whose 53 million customers already outnumber those in the home market.

Overall, Morocco is driving some 85 percent of its foreign direct investment into Africa, a benchmark that drew praise from African Development Bank President Akinwumi Adesina when he visited the country last month. As Mohammed VI had cause to boast at the India-Africa Summit in New Delhi in October 2015, “Morocco has become the top African investor in West Africa and the second biggest in the continent as a whole.” According to the most recent edition of the Global Financial Centres Index, published in March 2016, not only is Casablanca ranked the second business and financial hub in Africa, but it was the only center in the entire Middle East and Africa region to have increased its overall rating and rank since the last report. The Casablanca Finance City, launched in 2010 with an array of incentives for global-level multinational enterprises to establish their African headquarters there, is an example of the business-friendly ecosystem that Morocco has developed in recent years. The 2015 edition of the Ibrahim Index of African Governance ranks the kingdom as having the second-highest improvement in overall governance since 2011 (first place went to Côte d’Ivoire, which five years ago was in the midst of a civil war). In the category of ”sustainable economic opportunity,” Morocco scored the greatest improvement to rank third out of fifty-four countries in absolute terms (after longtime commercial stalwarts Mauritius and South Africa).

All of this, according to the monarch, “is not about goals and objectives,” because “dealing with Africa involves a commitment towards the African citizen, wherever he or she may be” because of the historical bonds which undergird the “sincere affection, appreciation, close human and spiritual relations as well as tangible solidarity” between Moroccans and other African peoples, it is nonetheless also true, as Mohammed VI freely acknowledged, that “Africa is the natural extension of Morocco and the embodiment of the country’s strategic depth.” This “should not come as a surprise since Morocco has always been at the forefront of advocates calling for the liberation of our continent… who believed in Africa, and who worked earnestly for the unity, openness and progress of its peoples.” Without mentioning it explicitly, the king’s speech hearkened to the “Casablanca Group” of pan-African-minded states in the early 1960s, a bloc in which his grandfather and father played major roles, alongside Gamal Abdel Nasser, Kwame Nkrumah, and others.  Consequently, “Morocco’s national responses [today] to many complex regional and international issues—such as development, migration and the fight against terrorism—are in line with a firm commitment to serve African peoples.”

The geopolitical and economic implications of this policy orientation are considerable.  I have repeatedly highlighted Morocco’s role both as a gateway to business in Africa given, inter alia, its free-trade agreement with the United States (the only African country to have one) and as a critical player in regional counterterrorism and security efforts (the country currently co-chairs, alongside the Netherlands, the Global Counterterrorism Forum and the king’s speech also had an important section on Morocco’s approach to countering extremism), to say nothing about its role in broader global diplomacy (the COP22 climate change conference will be hosted in Marrakech in November). Last year, in its updated National Security Strategy, the Obama administration rightly acknowledged the changing dynamic in America’s relationship with Africa: “For decades, American engagement with Africa was defined by aid to help Africans reduce insecurity, famine, and disease. In contrast, the partnerships we are forging today, and will expand in the coming years, aim to build upon the aspirations of Africans”—a stance that is the subject of rare agreement in both this year’s Republican and Democratic platforms.  To realize this important strategic objective going forward, however, US policymakers would do well to “triangulate”—or, at the very least, better coordinate—their efforts with those of African allies like Morocco that are already providing home-grown solutions to the challenges faced by the continent, its nations, and their peoples today.