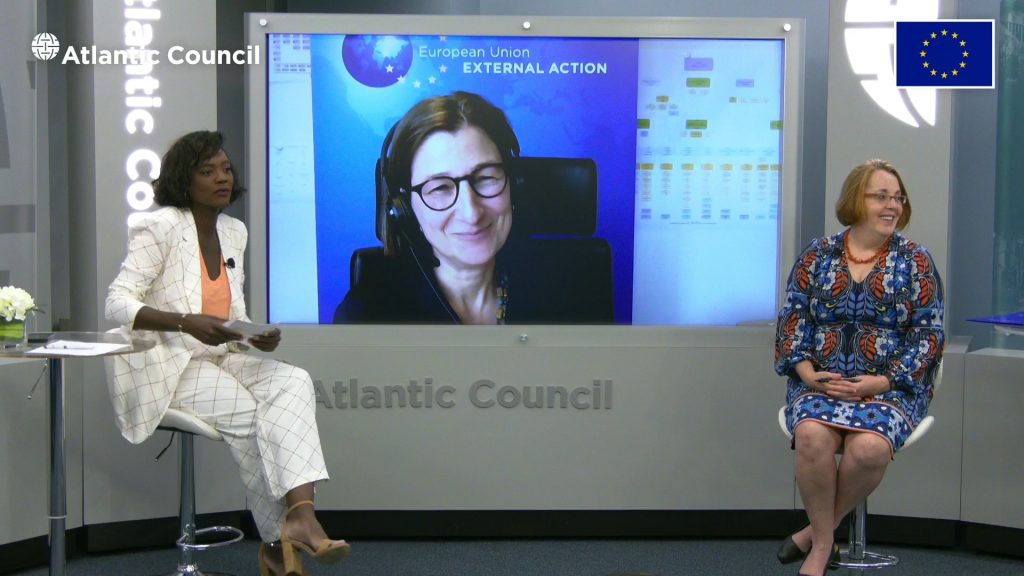 As the world grapples with pressures caused by the COVID-19 pandemic, climate change, and the war in Ukraine, there is an urgent need for Africa, Europe, and the United States to work more closely than ever before on their common challenges in order to build a more secure and equitable future for all. That was the central message that emerged from a timely forum on a trilateral partnership between the US, African Union (AU), and the European Union (EU), hosted on June 16, 2022 by the Atlantic Council’s Africa Center and Europe Center.

“I hope Africans choose the United States and the EU as their partners of choice,” said US Assistant Secretary of State for African Affairs Molly Phee. The conversation, held in collaboration with the Delegation of the EU to the United States, featured an array of distinguished leaders from Europe, Africa, and North America. It served as a follow-up to the AU-EU Summit held in Brussels on February 17, 2022.

Here are some highlights, ranging from insights on economic investment and development collaboration to lesser-discussed ways in which the United States, EU, and AU can build a new transatlantic partnership.

The Africa Center works to promote dynamic geopolitical partnerships with African states and to redirect US and European policy priorities toward strengthening security and bolstering economic growth and prosperity on the continent.