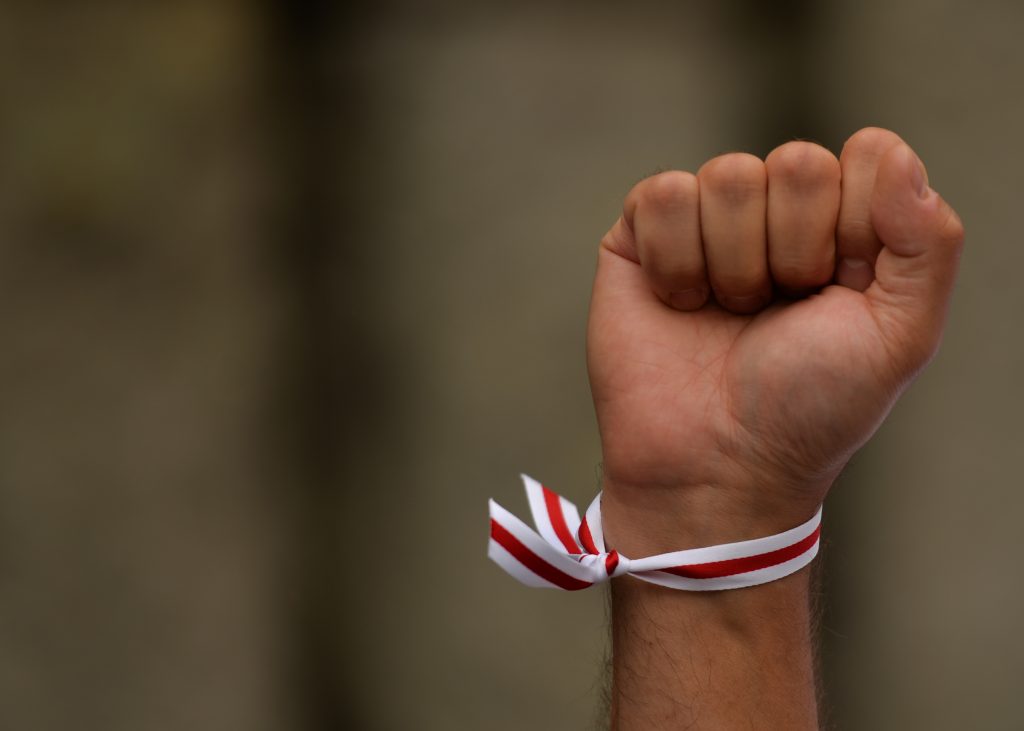 There is a spectre haunting Belarus. It’s not a brutal autocrat who is oppressing his own people, flouting international law, and menacing the country’s neighbors. Nor is it Belarus’s international isolation or the country’s rapidly collapsing economy. At least not if you read the Russian media.

According to a growing number of pro-Kremlin commentators, the spectre haunting Belarus is the threat of “Belarusization,” meaning the promotion of the Belarusian language, history, and culture.

In a lengthy recent essay for APN, a Kremlin-connected publication with a nationalist bent, political commentator Sergei Shiyenko argued that like Ukraine before it, Belarus is attempting to “synthesize a new ethnicity and a national-state project on an anti-Russian basis.”

According to Shiyenko, “Belarusization is the cornerstone of the concept of creating a new nation from an isolated part of the Russian people under a state that was accidentally created at the beginning of the twentieth century. Without Belarusization, nation-building will come to a dead end, the “Republic of Belarus” will lose its meaning.”

This was not an isolated reference. A recent news item in APN referred to Belarusian opposition leader Svyatlana Tsikhanouskaya as “an advocate for Belarusization,” noting that she “was in favor of expanding the use and popularization of the Belarusian language and culture.”

Elsewhere, an article in Rubaltic.ru claimed the Francisak Skaryna Belarusian Language Society, a civic organization established in 1989, was seeking “the forced Belarusization of all spheres of public life, including the education system.” And in an essay in Regnum, commentator Sergei Atyemenko noted that Alyaksandr Lukashenka came to power in 1994 by promising “an end to the criminal violent Belarusization” of the country.

Much like the claims regarding Ukraine made by Vladimir Putin in his infamous July 2021 essay, the authors of these Belarusization articles typically argue, incorrectly, that Belarus is indistinguishable from Russia. They also claim that, like Ukraine, Belarus is an artificial nation created in the Soviet period. And they wrongly allege that as in Ukraine, the desire on the part of Belarusians to be a sovereign nation with its own history, culture, and language is driven by a malign and irrational “Russophobia.”

Given Russia’s expanding military, economic, and political footprint in Belarus, the histrionics about creeping Belarusization may at first glance appear irrational. After all, Russia’s dominance of Belarus is arguably stronger than it has ever been.

Russia and Belarus recently completed the Zapad-2021 military exercises, the largest in Eastern Europe in four decades. This year, the two countries also conducted a record number of joint military drills, with constant rotations establishing a de facto permanent Russian troop presence in Belarus. Moscow and Minsk are also in the process of establishing three joint training facilities, including one in Belarus’s Hrodna region near the Polish and Lithuanian borders.

Economically, Belarus remains highly dependent on Moscow, with its economy effectively propped up by importing heavily subsidized Russian oil and exporting refined petroleum products, along with the export of potash fertilizers. Kremlin-connected tycoons, meanwhile, are expanding their presence in Belarus.

Politically, Lukashenka’s international isolation has made him more dependent than ever on the Kremlin. And just to be safe, Putin’s regime is now actively putting the pieces in place to assure Moscow controls the Belarusian legislature through pro-Kremlin parties.

Despite Russia’s unquestionably strong position in Belarus, pro-Kremlin commentators’ fears of Belarusization are being driven by trends in public opinion that show a deterioration in traditionally positive Belarusian attitudes toward Russia.

According to a November 2020 Chatham House poll, 33.3 percent of Belarusians say integration with Russia would make Belarus more corrupt. Meanwhile, 39.4 percent say it would mean the end of Belarusian statehood, and 45 percent say Belarusians can only improve their identities in a fully independent country.

Similarly, a poll conducted by the Warsaw-based Center for Eastern Studies (OSW) in late November and early December 2020 showed that 43 percent of Belarusians consider Russia to be the greatest threat to Belarusian sovereignty and territorial integrity, the highest figure among all the countries featured in the survey.

There is also a clear re-evaluation of the country’s history and national identity underway. A growing portion of the Belarusian public now looks to Belarus’s European history prior to its incorporation into the Russian Empire in 1796. Most notably, they are turning to the centuries when today’s Belarus was part of the Grand Duchy of Lithuania and the Polish-Lithuanian Commonwealth.

According to last year’s OSW poll, 62.2 percent of Belarusians believe their country should draw inspiration from periods when they were not ruled by Russia, with 39.7 percent naming the Grand Duchy of Lithuania, 6.3 percent identifying the Polish-Lithuanian Commonwealth, and 16.2 percent naming the Belarusian People’s Republic, the short-lived attempt to establish an independent state in 1918. Meanwhile, just 28 percent named the Soviet Union.

As the Kremlin tightens its grip on the Lukashenka regime, the Belarusian people are increasingly turning West. When viewed from Moscow, this may look like an anti-Russian campaign of Belarusization. But in reality, what we are witnessing is a European nation rediscovering itself. Like the Ukrainians before them, Belarusians are now continuing the breakup of the Soviet Union.

Image: The white-red-white colors of the historic Belarusian national flag have been adopted by the country's pro-democracy opposition since anti-regime protests first broke out in August 2020. (Artur Widak/NurPhoto via REUTERS)