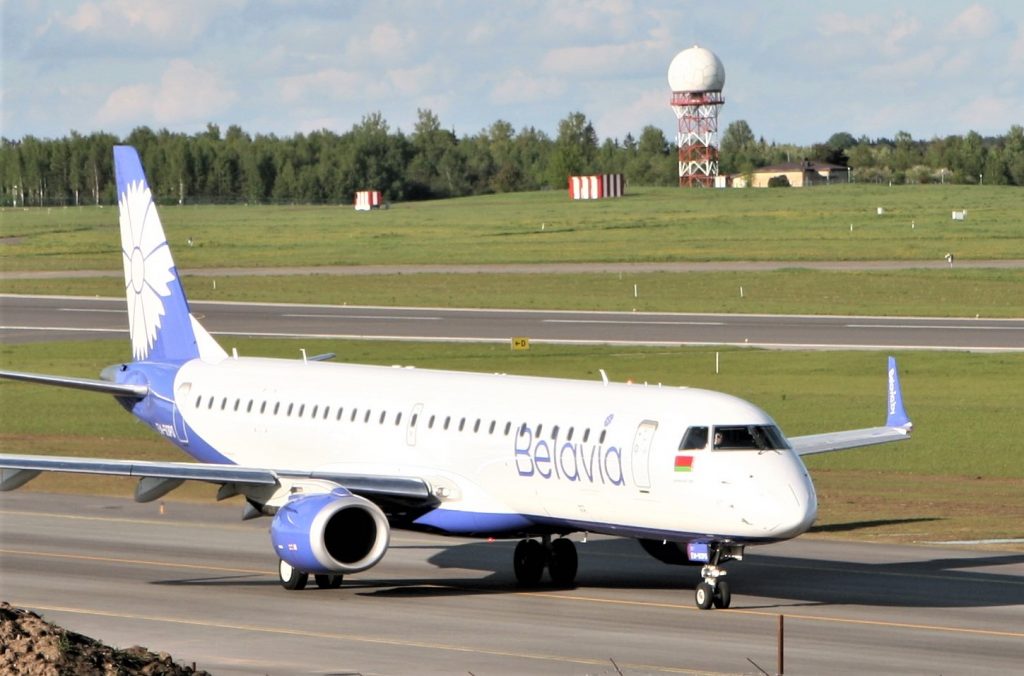 Ukraine will ban air traffic with Belarus starting May 26 as the fallout continues from Sunday’s dramatic forced landing of an EU airliner and passenger abduction in Minsk. Ukraine joins EU member states in imposing tough flight restrictions on Belarus in response to the unprecedented incident, which has been widely branded as an act of “state-sponsored piracy” and a direct challenge to international security norms.

The backlash against Belarus dictator Alyaksandr Lukashenka began almost immediately as news emerged on May 23 that the Belarusian authorities had engineered a fake bomb scare in order to divert a routine Ryanair flight traveling through Belarusian airspace on its way from Athens and Lithuanian capital Vilnius.

It soon became clear that the incident was staged in order to enable the abduction of passenger Raman Pratasevich, who was taken off the grounded plane and into custody in Minsk. Belarusian journalist Pratasevich is the co-founder and former editor of the Nexta channel, which played an instrumental role in mobilizing mass protests against Lukashenka in the aftermath of Belarus’s deeply flawed August 2020 presidential election.

International condemnation was rapid and overwhelming. The incident topped the agenda during Monday’s scheduled meeting of European Union leaders, resulting in agreement on a range of new sanctions measures including comprehensive air travel restrictions. A growing number of individual airlines have also announced plans to avoid Belarusian airspace, transforming the country into a virtual no-fly zone in the geographical heart of Europe.

Due to the high volume of air traffic between Ukraine and Belarus, Kyiv’s flight ban ranks among the most consequential of all the measures imposed over the past 48 hours. For the past six years, Minsk has served as the transit hub of choice following the 2015 cancellation of direct flights between Russia and Ukraine. This has led to a surge in services between the Belarusian capital and a number of Ukrainian destinations.

Last year, Belarusian national airline Belavia was Ukraine’s number three carrier in terms of flights behind Turkish Airlines and Ukraine International Airlines. With Minsk no longer able to offer connections for those seeking to travel between Russia and Ukraine, this lucrative role will likely be taken on by international airports in the Baltic nations.

The added inconvenience of flying via the Baltic region or alternative connecting hubs will likely result in a further reduction in people traveling between Ukraine and Russia. Passenger traffic via air, road, and rail has plummeted since the outbreak of hostilities in 2014 as Ukrainians have increasingly turned away from Russia and looked to Europe for both work and leisure.

While the number of Ukrainians going to Russia has reached all-time lows, passenger volumes to European destinations have grown to record levels. Prior to the introduction of coronavirus-related travel restrictions in 2020, Ukraine had experienced a three-year travel industry boom fueled by the 2017 advent of visa-free EU access, with dozens of new flight services to EU destinations opening each year.

The ban on Ukraine-Belarus flights is thought to be particularly bad news for Belarusian dissidents, who will now have even fewer available options if they decide to flee persecution by the Lukashenka dictatorship. Since anti-regime protests first erupted in August 2020, the authorities have jailed over 30,000 people amid reports of routine human rights abuses and widespread torture allegations.

Many opponents of the regime have fled to neighboring Ukraine, along with thousands of IT professionals from Belarus’s previously vibrant tech scene. With air travel now no longer an option, reaching Ukraine will be significantly more difficult due to the additional restrictions in place at Belarus’s land borders.

Kyiv’s decision to impose a ban on air traffic has sparked some criticism within Ukraine. Former Ukrainian prime minister Volodymyr Groysman slammed the move for isolating Belarus further and warned that Ukraine was in danger of doing dictator Lukashenka “a favor.”

Officially, at least, Belarus was not happy about the introduction of flight restrictions with Ukraine. The Belarusian Embassy in Kyiv posted a note of protest on May 25 that criticized Ukraine’s air traffic ban as an “outrageous decision” while stressing that Sunday’s controversial incident “had nothing to do with Ukraine.”

Behind closed doors, many believe Lukashenka might not actually be too upset by his country’s increasing international isolation. Since protests began last year, his regime has been propped up by Kremlin support. With little prospect of a thaw in relations with the Western world, Lukashenka may now view the current crisis as a means of forcing his country to move further towards integration with Russia.

There is no indication of how long Ukraine’s flight ban will remain in place. However, given the unpredictability of the Belarus dictator, it is difficult to imagine a set of circumstances that would see it reversed as long as Lukashenka remains in power. Instead, the ban is likely to serve as another landmark in the increasingly acrimonious split between the two post-Soviet neighbors and a milestone in Ukraine’s own departure from the so-called “Russian World.”

Image: A Belavia passenger jet pictured in Vilnius on May 24. (Scanpix Baltics via Reuters Connect)