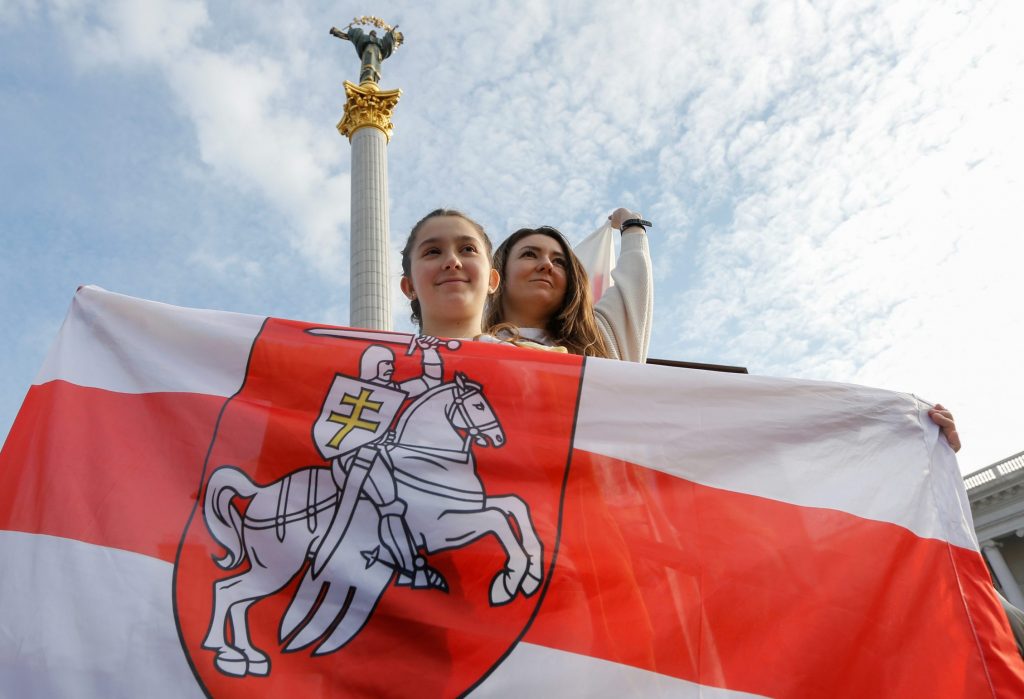 I recently welcomed a group of colleagues from Belarus to the editorial offices of NV magazine in Kyiv. They had all been forced to leave their country over the past year since Alyaksandr Lukashenka launched an unprecedented campaign of repression in response to mass protests over the flawed August 2020 Belarusian presidential election.

Their visit made a strong personal impression on me. “Thank God we are in Kyiv, with all its shortcomings, and not in Minsk,” I found myself saying. “It is such a blessing that here in Ukraine, we have been able to break free from the authoritarian system and its disrespect for basic human values.”

Life may well be more chaotic and less orderly in Kyiv than in Minsk. The roads are also often better in Belarus, and things are tidier in general. But there is no need to go in fear for your physical safety in Kyiv simply because you are doing your job, as my colleagues from Belarus have recently experienced. As they themselves said, you can live your life freely in Ukraine.

My Belarusian guests were surprised by the vibrant media landscape in the Ukrainian capital. They are used to an environment dominated by state media. In Kyiv, they encountered the opposite situation, with virtually everything being privately owned. Yes, it can be a little wild at times. But it is also free and highly competitive. Every single Ukrainian city has its own private media outlets. The picture is similar in Odesa, Kharkiv, and so on. Nobody enjoys a monopoly on information.

My visitors were particularly interested in the role of the media in Ukrainian election campaigns, and were fascinated by the idea of political parties and presidential candidates placing advertising on commercial terms, just like everyone else. There are no elections in Belarus, of course; no loud campaigns and no genuine political competition.

In today’s Ukraine, the media has become an accepted institution alongside the executive, legislative, and judicial branches of the state. Numerous attempts to silence the media or restrict press freedoms have failed. The authorities may not like journalists, but they cannot deny their power or the important role they play in modern Ukrainian society.

The consequences of these freedoms are not always flattering. For example, many international observers have the impression that Ukraine suffers from exceptionally high levels of corruption. This picture is only partially true and may actually be misleading. In reality, the rough and ready nature of media freedoms in Ukraine means that all allegations of corruption tend to receive maximum coverage. But is the situation really so exceptional? It is impossible to say. We simply do not know the scale of corruption in the many nearby countries where such topics are heavily censored and cannot be openly discussed.

Perhaps the single biggest difference between Ukraine and other post-Soviet nations is that elections cannot be stolen here. Rigged votes are no longer conceivable in the contemporary Ukrainian reality.

On election day, there are usually five or six different exit polls, all seeking to outdo each other in terms of accuracy. The figures are revealed as soon as polling stations close and are typically very similar to the actual election results. If the official results did eventually differ from any of these exit polls by more than a few percentage points, there would be a huge scandal and a national inquest. This would be particularly true if the difference favored the incumbent candidate or party. Needless to say, there are no exit polls in Belarus.

Ukraine’s brand of democracy is often unruly but it is also fundamentally pluralistic and competitive. The authorities cannot force their policies onto the public or suppress dissent, as is the case in Belarus and many other former Soviet republics. Instead, Ukrainian politicians need to please voters. They must answer the questions of intrusive and annoying journalists, and they are expected to respect the rights of other factions in parliament, even if they regard them as fools.

The differences noticed by my Belarusian colleagues were striking and thought-provoking, but they do not tell the whole story of Ukraine’s dramatic divergence from the post-Soviet world over the past few decades. Especially since 2014, the war with Russia has served as a catalyst for a whole range of unprecedented social and economic changes in Ukraine.

Before the outbreak of hostilities, Russia accounted for around one-third of all Ukrainian exports. This figure has now plummeted to less than 10%. Over the past seven years, Ukrainian manufacturers have reoriented their businesses to global markets, with Ukrainian goods increasingly going to the European Union, Asia, and the Middle East. Ukrainians have adapted to the new realities and have broadened their horizons.

Favorable comparisons with the lack of basic personal and professional freedoms in Belarus cannot disguise the scale of the challenges Ukraine continues to face. It remains a country in transition that has much work ahead in order to catch up with its EU neighbors. Nevertheless, the contrast with Belarus is instructive. In less than 20 years, Ukraine has passed through its infancy as a democratic state and learned how to walk. This is something that both Belarus and Russia have yet to do.