China’s decision to delist these companies is motivated by its unwillingness to comply with US regulations; they make up five of the eight NYSE-listed, national, state-owned enterprises (SOE) for which China has resisted sharing auditing review data with the US Public Company Accounting Oversight Board (PCAOB) on ground of national security.

While the practical implications of the five companies delisting are limited, many analysts view China’s willingness to delist rather than comply with US reporting requirements as consistent with China trying to become more economically and financially self-reliant. This assessment exaggerates the financial implications of delisting, which need to be put in a broader perspective instead.

Generally speaking, the number of Chinese ADRs traded on US stock exchanges is small, on average about 10% of the number of shares traded in China or Hong Kong. Consequently, the liquidity impact of delisting for those five companies is minimal. Furthermore, international—including US—investors can still invest and trade in those companies’ shares in China and/or Hong Kong, so that those companies retain access to international capital.

As well, looking forward, the delisting prospects for the additional three hundred or so companies based in China or Hong Kong (together with a market capitalization of $2.4 trillion) remain uncertain. Two decades of negotiations between the United States and China to allow PCAOB access to auditing review documents of those companies drag on. Chinese companies will face a delisting deadline in 2024 according to the Holding Foreign Companies Act of 2020. Assuming that all US listed companies based in China and Hong Kong will delist, the United States will lose a small fraction of their $2.4 trillion of market capitalization. The loss is negligible compared to the $48.2 trillion combined market cap of US stock exchanges.

More importantly, the delisting of Chinese companies from US stock exchanges does not indicate that China wants to isolate itself from world financial markets. It more likely highlights the trend of the world dividing into two economic and financial spheres, and abiding by increasingly differentiated rules, regulations, and standards.

China has actually taken several measures to liberalize inward capital movements, mainly by establishing the Bond Connect (2017) and Stock Connect (2014) programs to facilitate international investors taking positions and trading in domestic Chinese stock and bond markets. These programs have been expanded to include swap contracts and exchange traded funds (ETFs) to offer greater choice to investors. Derivative contracts are scheduled to open to international investors. China has also improved the working of its qualified institutional investor programs. Consequently, the amount of domestic Chinese financial assets owned by foreign investors has increased substantially from $459 billion in 2016 to $1.2 trillion in 2020. More specifically, foreign holding of Chinese domestic bonds has risen to RMB 3.6 trillion ($531 billion) as of June 2022. Likewise, foreign holding of Chinese companies’ A-shares listed domestically and H-shares listed in Hong Kong stood at RMB 1.5 trillion ($221 billion) and HKD 2.1 trillion ($268 billion)—for a total of $488 billion—at the end of 2021.

In short, China wants to attract and benefit from international capital flows, but only to its domestic financial markets within its jurisdiction—and not under US laws. Whether China succeeds in that ambition depends less on where Chinese shares are listed, and more on China’s economic and corporate profit growth outlook for the years ahead. Still, the delisting saga illustrates the growing division of the world into two different and competing economic and financial spheres—already visible in the semiconductor and telecommunication sectors. “One world, two systems” is fast becoming a reality. 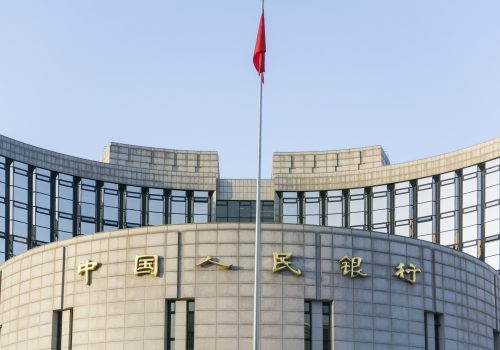 China's slowing growth, if left unchecked, will threaten its small- and medium-sized banks. This "Achilles' heel" of its banking system will be further weakened by spreading problems in the property sector. 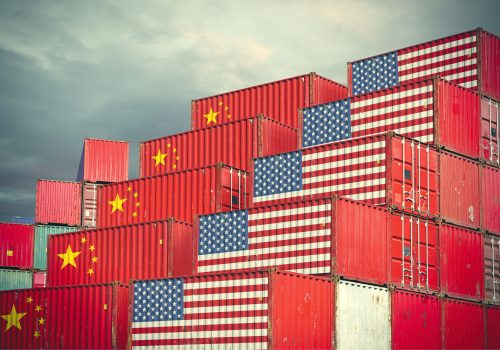 China's new Financial Stability Law creates a new framework for furthering financial stability in the country. This has implications for the United States, which is undergoing fiscal tightening, as well as emerging markets, where portfolio capital has begun flowing outward. 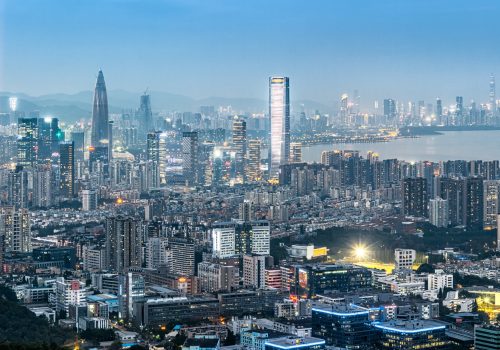 Over the past ten months, teams from the Atlantic Council and Rhodium Group have taken a dive into China’s economy to address a fundamental question: Is China becoming more or less like other open-market economies?