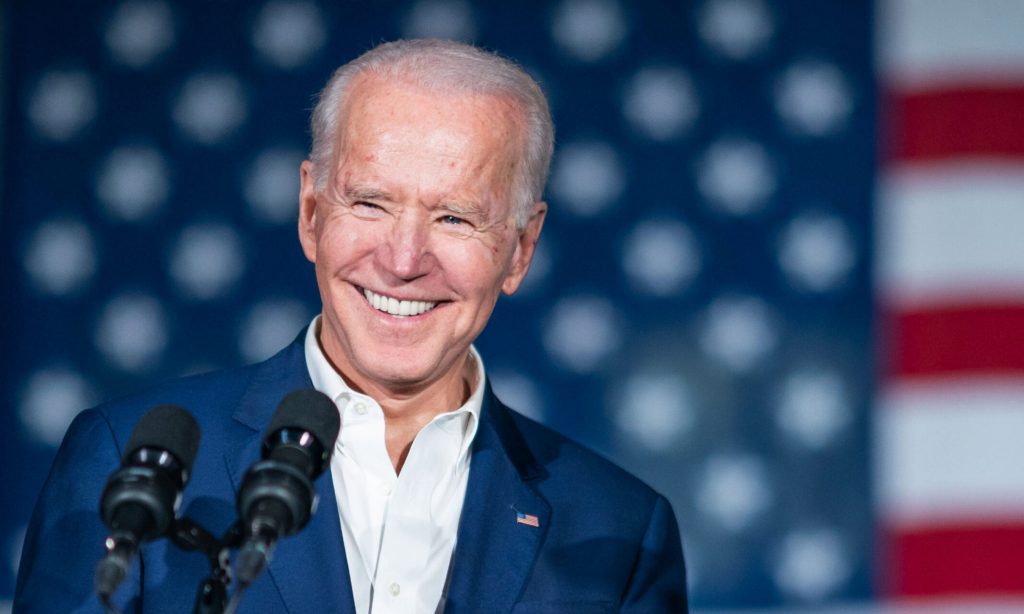 With Joe Biden’s inauguration as the 46th President of the United States of America, the world looks to Washington, DC with great expectations. The return to the Paris Agreement and the appointment of John Kerry as the new US Special Presidential Envoy for Climate, with promises to work closely with allies on all energy and climate matters, indicate a new paradigm: international energy and climate cooperation is again back on the agenda. The days of the Trump administration’s “energy dominance” approach seem to be over. That is great news for the global climate movement, but also for friends and allies across the world. But so far, these are just declarations and intentions. The new president will likely meet a lot of opposition in Congress, as well as from the powerful shale gas and oil lobbies. Also, climate activists probably will not be happy with all of President Biden’s ideas. For example, his renewed interest in modern nuclear power as a clean energy source might not please everyone in the European Union (EU), especially not Germany. Nevertheless, hopes are up for a transatlantic New Energy Deal between the United States and the EU in light of new policy substance with ambitious climate targets, and a new tone.

In 2019, EU Commission President Ursula von der Leyen announced the European Green Deal, which also outlines Europe’s ambitions to become carbon neutral by 2050. The EU Commission has set an interim target for 2030: 55 percent reduction in carbon emissions compared to 1990 levels. To this end, the EU plans to invest over €1 trillion by 2030. With no less ambition, Joe Biden intends to restructure the United States into a clean energy superpower and refers to his action plan as a “clean energy revolution.” Biden also aims for the United States to be carbon neutral by 2050, with a carbon-neutral power supply by 2030.

Nevertheless, the willingness to make new and more ambitious efforts to combat climate change is not shared by all members of Congress and, while public support for climate action has grown, the issue is still divisive. Several Republicans, but also some Democratic members of Congress, are from fossil energy-rich states and will be reluctant to vote for many of the ambitious proposals Biden endorsed during his campaign. As shown in the past, Obama’s 2010 climate action law was undermined by the majority of Republicans in the Senate. Even worse was the almost unanimous bipartisan vote in Congress against the Kyoto Protocol in 1997. So, to the dismay of the climate movement, the world will not see unconditional support for their goals in the United States. Instead, those watching can expect to see many political and economic battles. The basic consensus that climate change poses a major risk to mankind is much less developed in the United States than it is in Europe.

Cooperation opportunities in the fields of renewable energy and hydrogen

Nevertheless, new areas of cooperation have emerged: in particular, the renewable energy sector, in the United States as well as in the EU, still holds potential for growth. Consequently, the United States has recognized the great potential for offshore wind turbines. According to a report by the Global Wind Energy Council, a total capacity of 10 gigawatts will be online by the end of 2025, which presents an opportunity for German and other European companies.

Moreover, the United States is still leading the world in carbon capture, utilization, and storage (CCUS), a critical technology necessary to more effectively tackle the climate challenge. Admittedly, Europe is lagging in this sector and could benefit from the US approach and experience.

Having introduced their hydrogen strategies in the summer of 2020, the EU and Germany both demonstrated their ambitions in this newly developing sector. Oil and gas companies from the United States are already engaged in studies on the potential for hydrogen in Europe, and clean hydrogen is one of five priorities in the Biden-Harris transition team’s innovation strategy for climate action. With around 12 to 16 percent of global production, the United States is already the world’s largest producer and consumer of hydrogen after China. More than half of the world’s hydrogen pipelines and almost 5000 kilometers of ammonia pipelines are located in the United States. Therefore, the US hydrogen economy is likely to grow rapidly as there will be more pressure and political support. In addition, the United States is endowed with extensive and inexpensive solar and wind energy resources coupled with a crucial factor: sufficient land area to make green hydrogen (which is produced through electrolysis by using renewable electricity to split hydrogen from water) a real energy alternative, which could facilitate climate and energy cooperation. In the best locations, large-scale electrolysis could be close to competitive with blue hydrogen (which is produced from fossil sources, where the carbon emissions are captured and stored, or reused) as early as 2030 if a significant carbon price is implemented. Over the medium to long term, clean hydrogen offers the United States the prospect of large-scale and climate-neutral energy exports, which could help to resolve the perceived conflicting goals between climate action, economic interests, and foreign and security policy and, thus, also sway conservative voices towards a more progressive energy policy agenda.

However, the Biden-Harris administration is unlikely to distribute major subsidies, at least not comparable to the enormous government support for renewables or hydrogen in Europe. Instead, the United States will pursue energy policies only if they have a business case. A possible transatlantic New Energy Deal could provide further exchange of technical know-how and establish a framework for production and supply chains to support companies on both sides of the Atlantic. In order to fully unleash the potential of offshore wind energy and hydrogen, European experience and American possibilities—and vice versa —should quickly be combined.

To make up for the previous backlog in climate action caused by Donald Trump, the new president will have to push through ambitious plans to reintroduce environment and climate into the political discourse. With John Kerry, Biden already has a strong partner who was also involved in negotiating the Paris Climate Agreement. Not only does Europe (and the rest of the globe) depend on the goodwill of the world’s second largest emitter, but the United States also needs support in its own transformation processes towards a carbon-neutral future. New agreements should be drafted in a manner that combines the United States’ fresh climate ambitions with Europe’s own increasing efforts. Since the United States has re-entered the Paris Climate Agreement, coordination efforts must target the 2021 Glasgow climate summit. Joint initiatives should promote structural change, ranging from a transatlantic battery alliance to a clean energy bank that promotes investments in climate-friendly technologies.

If two of the three largest carbon emitters, the United States and the EU, would strike a New Energy Deal, and thus make a significant contribution to reducing emissions and become symbolic global pioneers of climate action, the transatlantic alliance could be revitalized. Concrete cooperation—not energy dominance, threats, or sanctions—is the core of the task.

Prof. Dr. Friedbert Pflüger is the Director of the European Cluster of Climate, Energy, and Resource Security (EUCERS) at the Center for Advanced Security, Strategic, and Integration Studies, University of Bonn. He is also a Nonresident Senior Fellow at the Atlantic Council Global Energy Center.

Image: President Biden speaks at an event in Jackson, Mississippi standing in front of an American flag (Office of the White House/Creative Commons Attribution License 3.0: https://www.whitehouse.gov/copyright/)