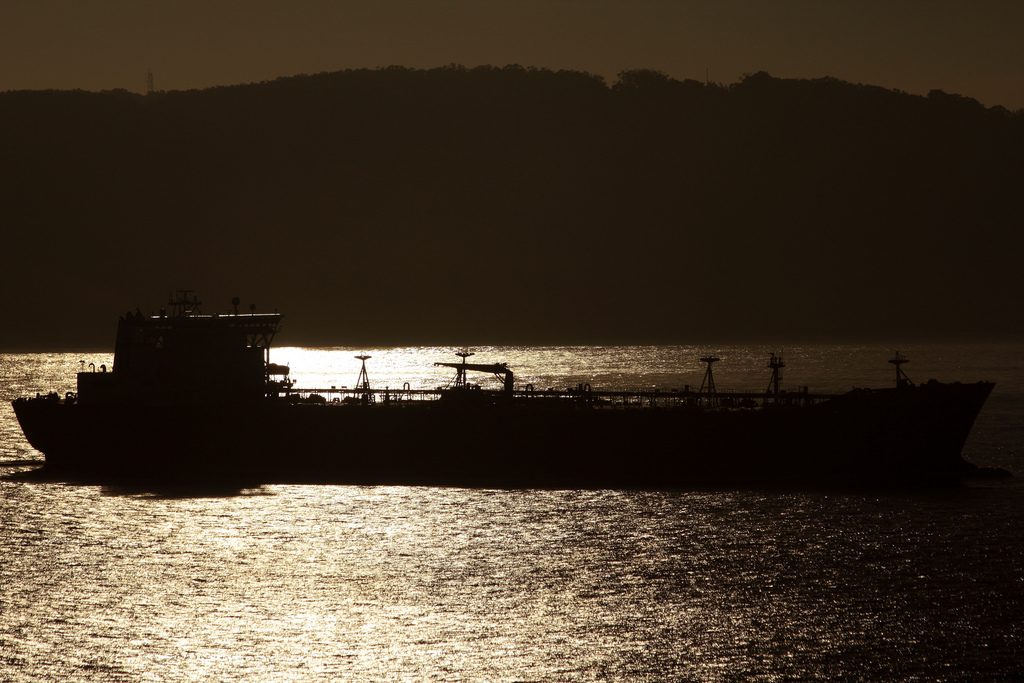 At least 200 merchant ships around the world have suffered serious, sometimes complete engine failure in recent months. Some of these vessels have been left helplessly adrift in the open sea. Others have run aground. Many have been carrying cargoes—crude oil, fuel, chemicals, containers—that could cause human or environmental catastrophes if the vulnerable ships were damaged in a storm, on a reef, or even in an attack. The cause of these engine failures is not shoddy maintenance or poorly manufactured parts—it is bad fuel. And the bad fuel is not  coming from some scarcely regulated port, but from major hubs: Houston, Panama, and Singapore.

Nearly 90 percent of global trade is transported across the world’s oceans by more than 50,000 merchant ships. Thus, any problem with the world’s maritime shipping fleet is not an isolated issue, but rather one with global consequences. As the shipping industry goes, so goes the global economy—in other words, “no shipping, no shopping.”

The fuel most of these ships run on, called bunker fuel or marine fuel, is nothing like what goes into a car. When crude oil enters a refinery, what follows is a complex series of processes, the central one being distillation. The compounds that boil off at various temperatures during distillation go on to form distillates: gasoline, kerosene, diesel, and naphtha. What is left, literally at the bottom of the barrel, is the residuum: stuff like heavy oils, tar, and waxes. These residuals are the main ingredient in heavy fuel oil pumped from bunker barges into merchant ships around the world. This fuel often has to be heated just to flow, and diluted with “cutter stock,” distillates and often other additives that reduce its viscosity, so it can function in ships’ engines. Cutter stock can be introduced at the refinery or anywhere thereafter, by traders, distributors, or direct suppliers.

The supply chain for bunker fuel is long, and relatively opaque. As a result, bunker fuel has become a final destination for the leftovers of the refining process. As one shipowner recently put it, over the past few decades merchant ships have become “the incinerators of the refining industry.” Given this history, “bad bunkers” are nothing new. Even though there are industry standards for bunker fuel, various contaminants—some from the refining process, others from cutter stock—often find their way into the supply, occasionally causing engine problems and triggering “bunker alerts.” Shipowners and their insurers have tolerated that arrangement, as it also means that bunker fuel is cheap, much less expensive than the diesel or liquid natural gas (LNG) that serve as the main alternatives

The unprecedented scale of recent contamination is causing a breakdown in this way of doing business.

It is an open industry secret that bunker fuel often contains substances that shouldn’t be in fuel at all. Used motor oil and by-products from the manufacture of plastics, rubber, cosmetics, fertilizers, and even paper goods have been found in the final product, which becomes a witch’s brew of hydrocarbons and additives. Laboratory analyses have indicated that the adulterants in the recent epidemic of bad bunkers were “engine killers,” organic compounds known to cause catastrophic mechanical failures. The scale of the damage is unprecedented, and the official response has drawn criticism. INTERTANKO, a shipping industry group that includes some 4,000 vessels, has decried the “lack of investigation into such a serious breach of safety norms.”

The current crisis is unfolding against the backdrop of what one commentator has called the “most significant change since the introduction of liquid bunkers.” Through an amendment to the International Convention for the Prevention of Pollution from Ships (MARPOL) Annex VI, the International Maritime Organization (IMO) has mandated that  the sulfur content of marine fuel must be below 0.5 percent by 2020—a dramatic decrease from the current level of 3.5 percent. In 2017, only about 1.6 percent of the world’s residual fuels met this target.

This shift has sparked a scramble to find cost-effective ways to adapt to the new restrictions, and the recent spate of contaminated bunkers may indicate what lies ahead.

Refiners are working to engineer new fuels; bunker suppliers have to figure out how to source and blend heavy fuels that meet the new standard; shipowners must choose whether to convert ships at great expense to distillate fuels, install sulfur “scrubbers” for their vessels’ emissions, or roll the dice on new, pricier low-sulfur residual fuels. Maersk, the world’s largest shipping line, has raised the possibility of creating its own supply chain from refinery to vessel. And this frenzy, which one shipowner referred to as “a mayhem of blended fuels,” will almost certainly translate into more cut corners, more bad blends, more off-spec fuel. This could also mean more breakdowns on the open sea, or, worse, in congested, highly populated or environmentally sensitive locations. Low-sulfur fuels also burn slower and less consistently, meaning that ships using them will lose some maneuverability—another risk in heavily trafficked choke points such as straits, canals, or the waters around major ports.

While serious, the risk of disaster caused by contaminated fuel is not the only concern. Criminals already adulterate bunker fuel for immediate profit—but what if other actors see the possibilities in doing so to sabotage ships? Pirates routinely use false distress calls to lure ships off course and slow them down to attack. It would be much easier to ensure the vessel is left powerless by contaminating its fuel. The potential for criminal, terrorist or militant manipulation of international trade through malicious adulteration is not far-fetched.

A shipping crisis has begun. And the clock is ticking to find the right ways to resolve it.