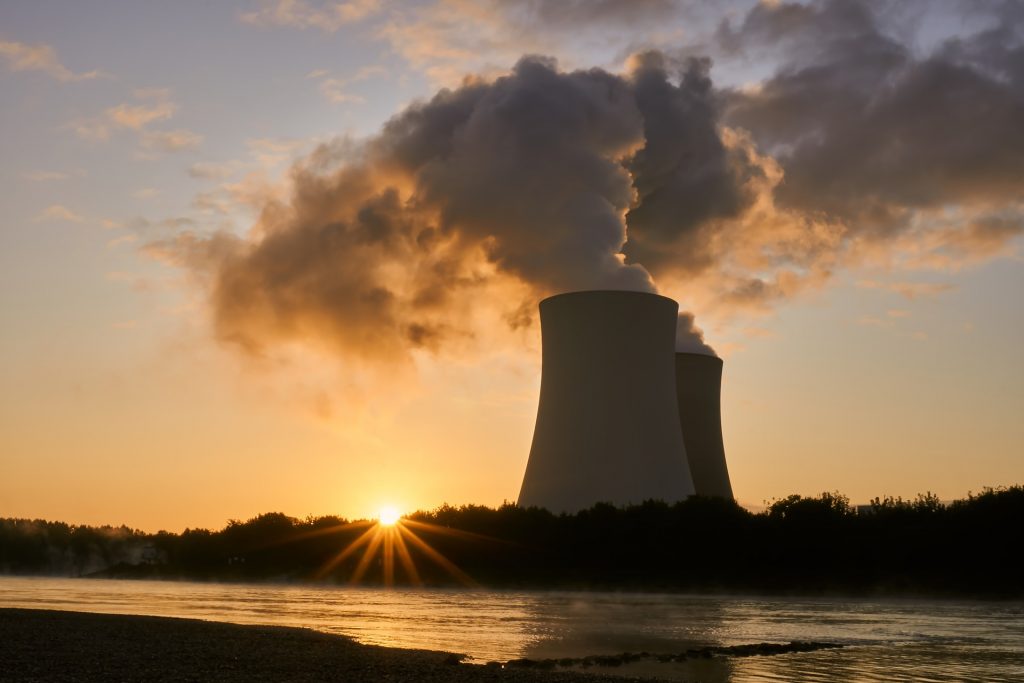 Recently, the Atlantic Council established its Nuclear Energy & National Security Coalition. The coalition is managed under the aegis of the Atlantic Council and is an effort to continue the momentum generated by a US nuclear energy leadership task force report released by the Atlantic Council last year. High on the list of subjects to be addressed under the rubric of national security is climate change, which is one of the greatest threats that this country and the world community has ever faced.

US nuclear energy leadership: Innovation and the strategic global challenge

By Atlantic Council Task Force on US Nuclear Energy Leadership

A flourishing domestic nuclear energy sector is critical to US national security, both in the interconnections between military and civilian uses of nuclear energy, as well as in foreign policy.

Personally, I become engaged with the coalition because I believe that nuclear energy sits at the nexus of both US diplomacy and global climate security. From the Atoms for Peace era, the global leadership of the United States and its allies helps to ensure that nuclear technology is developed and operated safely, securely, and exclusively for peaceful purposes. Unlike conventional power plants, nuclear power plant service and fuel supply arrangements are highly specialized for the type of reactor. This creates a bond with the original supplier that is strengthened by human capital development programs, regulatory development, and other exchanges—and not easily dislodged by an alternate supplier nation.

As a result, a nation developing nuclear energy for the first time typically forges with its supplier a relationship that endures for the eighty- to one hundred-year life of the nuclear program. This relationship gives the supplier nation a profound and lasting influence on the partner’s nuclear energy policies and practices. The world’s longest-standing civil nuclear partnership is the one that the United States and Japan have enjoyed since 1955, when Japan and the United States signed the US-Japan Nuclear Research Agreement. In mid-December 2019, the coalition participated in the Howard Baker Forum’s US-Japan Roundtable, which was co-hosted by the Atlantic Council.

There is now a major effort in the worldwide nuclear industry toward innovation. This includes advanced reactors and new and superior fuel. These developments will lead to nuclear power projects that are safer, more efficient, and highly secure against proliferation. Nevertheless, in recent decades, the US share of international commercial nuclear energy markets has diminished, and so with it has the United States’ ability to influence global safety and nonproliferation standards.

At the same time, the global climate crisis has been thrown into increasingly sharp relief, with many nations on the frontlines of the fight against warming temperatures and extreme weather events. Japan is one of these nations. As an island, Japan’s coastal regions face a threat from rising sea levels, but the mainland is also at risk. Japan faced a downpour in July 2018 that forced the evacuations of 2 million people; Typhoon Jebi in September 2018 caused 3 billion US dollars’ worth of damage. Japan’s average temperature is also rising faster than the global average, clearly demonstrating the need for a transition to low-carbon energy.

Another nation currently in the news due to the global climate crisis is Australia. Australia is facing a huge wildfire crisis resulting largely from global warming. Presently, large areas in Australia are either being destroyed or are severely threatened. Major evacuations have been necessary. California is another place, of course, that has been struck by large, widespread wildfires. Such fires are a symptom of global warming, which, if it is not addressed through climate change mitigation, is a phenomenon that will likely spread throughout the world and intensify.

But Japan and Australia are only two examples. Nations all over the world understand the existential crisis that global warming represents and are taking action.

Nuclear energy is our greatest asset in the fight against climate change. It is the only effective, demonstrated, reliable 24/7, carbon-free energy source that exists or will exist in the timeframe available to stop climate change before catastrophic, enormous, and perhaps irreparable damage is done to the earth. In my view, success in the struggle against climate change likely is simply not possible without a robust and immediate commitment to nuclear power. Not to pursue this course of action is to risk the warming of the earth becoming irreversible, no matter what we do. And the recent United Nations Climate Change Conference COP25 demonstrated, once again, the failure of the world community to do anything significant about this threat. As United Nations Secretary General Antonio Guterres put it at the conference, “The point of no return is no longer over the horizon. It is in sight and hurtling toward us.” Also at COP25, International Atomic Energy Agency (IAEA) Director General Rafael Mariano Grossi emphasized the significance of his attendance at the meeting just one week after taking office. “This reflects the importance of the issue and my firm belief that nuclear science and technology have an important role to play in helping the world to address the climate emergency. That view is shared by many of the IAEA’s 177 Member States.” Time is running out; the world community needs leadership now to ensure that essential actions are taken.

Amb. Thomas Graham, Jr. is chairman of the Lightbridge Corporation and co-chair of the Atlantic Council’s Nuclear Energy & National Security Coalition (NENSC). You can follow NENSC on Twitter @NENSCoalition