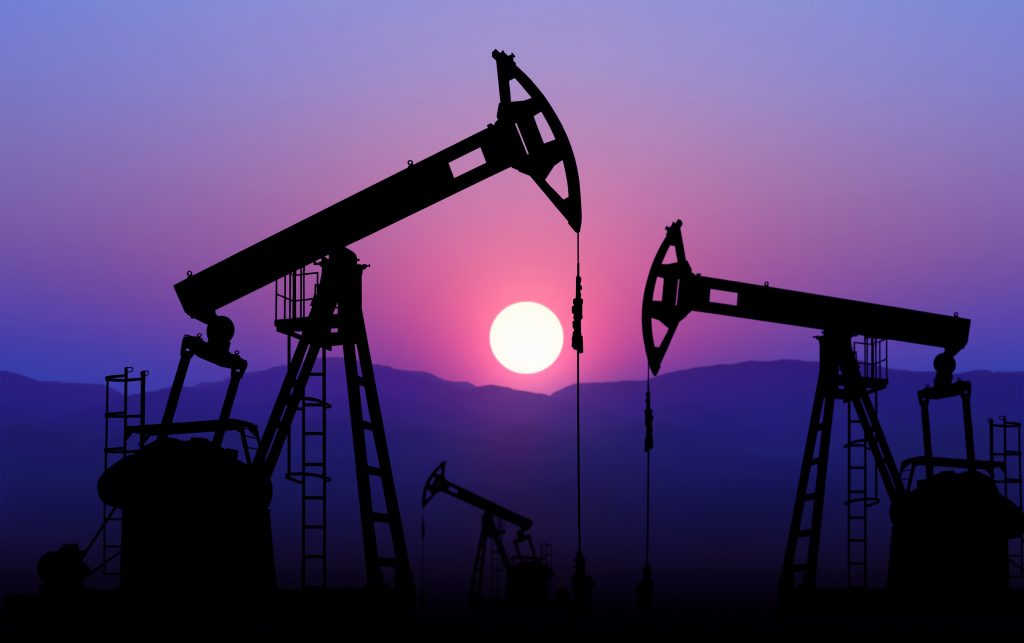 An oil well plant against the sunset (Robert Lucian Crusitu/Shutterstock)

OPEC and oil market watchers were taken by surprise last Thursday when Senator Chuck Grassley (R-IA) and a bipartisan group of senators reintroduced the No Oil Producing and Exporting Cartels (NOPEC) Act, its eighth appearance since 2000.

Though the legislation has evolved over time, it seeks to amend the Sherman Antitrust Act to enable the US Department of Justice to bring lawsuits against Organization of the Petroleum Exporting Countries (OPEC) members—or countries that work with OPEC—for antitrust violations associated with the organization’s collective setting of oil production targets based on oil market conditions.

The NOPEC legislation gains traction nearly every time oil prices go up (see chart below, adjusted for 2015 dollars). This year, West Texas Intermediate (WTI) has jumped $15 since January and gasoline has gone up 61 cents to $2.86.

However, the current oil price jump is the lone similarity to the previous times NOPEC was introduced. Since February 2020, a collapse in oil consumption as a result of the COVID-19 pandemic has caused significant downward pressure on oil prices. The current price increases are a result of significant, continued production limits by OPEC+ and a major unilateral production cut by Saudi Arabia at the beginning of this year. Continued vaccine rollouts and a severe winter in East Asia have also improved the demand outlook, contributing to a steady climb in prices during the first quarter of the year.

Two weeks ago, WTI reached just above $66/barrel, about 15 cents shy of its 2019 peak, when NOPEC was last being considered (the Brent spread between its 2019 and 2021 peaks is a bit larger). It is now a few dollars below that level. The International Energy Agency estimates oil demand will not return to 2019 levels until 2023, so these high prices are likely a peak for now, particularly if they trigger US shale production to come back online or weaken OPEC’s—and in particular, Saudi Arabia’s—resolve to sustain production cuts.

While OPEC+ cuts are the main driver of the current price increase, it is unlikely that the NOPEC bill will get any traction this year, similarly to when it was seriously discussed, but not passed, in 2019.

Here are five reasons why:

Four-dollar gasoline seems to be the point at which voters start truly caring about the price of oil. While prices have gone up, they are nowhere near there yet, and despite some breathless articles, a continued rise in price seems unlikely, as discussed above. Additionally, US prices in particular are still impacted by the February deep freeze in Texas that took US refiners offline, but this should slowly but surely recover as refineries come back online and begin producing more gasoline in preparation for the summer driving season.

2. Congress has other priorities

With a raft of President Biden’s appointees still awaiting confirmation and infrastructure and voting rights taking top priority, Senate Majority Leader Chuck Schumer (D-NY) has far bigger issues to manage than NOPEC legislation. House Speaker Nancy Pelosi has never shown much interest in the bill, so it is hard to imagine it rising to the top of her agenda.

3. Where are the antitrust hawks?

The 2019 iteration of NOPEC was bolstered by an alignment with interests in antitrust reform around big tech, which made it possible that NOPEC might see the light of day as part of a broader reform of the Sherman Antitrust Act. Yet today, calls to regulate big tech have grown more forceful, making smaller reforms around NOPEC a minor issue compared to a growing consensus aimed at punishing big tech.

Breaking up OPEC would have a deleterious effect on the oil market. Criminalizing the existing OPEC+ agreement to cut production would inevitably flood the market with oil and likely send prices through the floor. That will have major consequences in key oil producing states in the United States, especially Texas and Pennsylvania where the Biden-Harris administration is already managing a tough balancing act between oil- and gas-dependent economies and green energy policy goals. A Senate race in Pennsylvania in 2022, where the Democrats hope to flip a seat, adds further weight to the political anchor of NOPEC’s effect on the oil and gas industry.

Electric vehicle (EV) sales respond positively when prices are high at the pump. While neither Congress nor the Biden-Harris administration would actively promote high gasoline prices to incentivize increased EV adoption—it is simply terrible politics—absent the price hitting the politically untenable $4 threshold, it is equally as unlikely that climate-focused politicians would pursue a tool that would inhibit the attractiveness of EVs to traditional internal combustion engines.

However, NOPEC’s long legs and regular re-introduction is a reminder that it is probably still worth keeping an eye on the legislation. Stranger things have happened, and once the legislation gets rolling, it could quickly become hard for legislators to vote against the bill due to its pro-consumer sentiment.

Here are three reasons why it is worth tracking the bill:

NOPEC is popular among Saudi hawks on Capitol Hill who see the bill as a way to punish or influence Saudi Arabia. The Saudi hawks failed to gain traction in 2019 given President Trump’s friendly relationship with Crown Prince Mohammed bin Salman, but clear signals from the Biden-Harris administration that Riyadh should be held more accountable means NOPEC might find more receptive ears.

2. Eyes on the Majority Leader

An important piece of this process will be Senate Majority Leader Schumer, who co-sponsored the original bill in 2001 and has regularly supported the bill. Unlike previous iterations of NOPEC—in which now-Senate Minority Leader Mitch McConnell (R-KY) often slowed the legislation down to balance the impact of the bill and the equities within his own party (particularly in Texas)—a decision by Senator Schumer not to bring the bill to the Senate floor for consideration will be a noticed reversal. Even though Senator Schumer has many higher priorities than NOPEC, he may not be as opposed to it as Senator McConnell. Senator Schumer’s reaction as the bill moves through the Senate Judiciary Committee will be an important development to watch.

Yes, climate falls in both columns. Punishing oil companies and oil producing countries could be a tempting policy option for those looking to burnish their climate bona fides. A good example of this instinct is Representative Alexandria Ocasio-Cortez’s (D-NY 14) tweet after WTI prices turned negative last year, in which she remarked, “you absolutely love to see it.” While since-deleted, her remark offers some insight into the very real grievances held against the oil and gas industry by certain parts of the left. NOPEC could be one tool to punish the industry.

All told, market watchers should not be too surprised to see NOPEC advocates test the water now, especially as rising oil prices coincide with an evolving climate platform from the Biden-Harris administration. However, even if NOPEC were to clear all of the unlikely hurdles in the House and Senate, it would still have to be signed into law by President Biden, who himself never endorsed the bill while he was in the Senate. Further, the Obama administration opposed the bill during Biden’s tenure as Vice President. Unless the political winds align in unusual ways, it is unlikely that NOPEC’s fate will be any different than previous years.

As US crude prices crumble, a difficult hand for the United States

As the market digests the final surge of oil from a Saudi-Russian price war prior to the implementation of production cuts on May 1, it may be that the tail end of a brutal supply glut has arrived and corresponding price stabilization—albeit at a very low price—will be soon to follow. But with oil demand projections reaching multi-decade lows, and US inventories continuing to build by record levels, the madness on April 20 suggests that US markets are far from out of the woods, putting policymakers and regulators in a tough position.