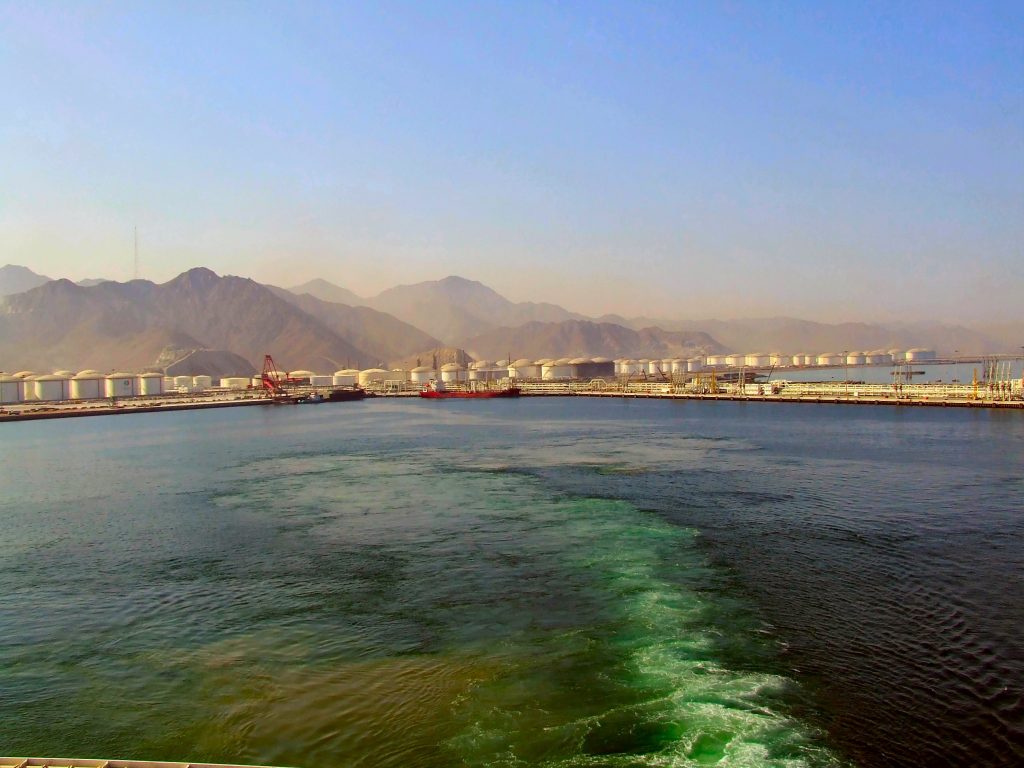 The latest attacks on the Arab Gulf oil industry seem to be part of a strategy by Iran to warn the Gulf states that it can block all oil shipments, if it sees fit.

One of the warnings was the attack on three tankers at anchor off Fujairah in the Gulf of Oman. Indeed, Fujairah is used by shippers to keep their empty ships within twenty-four hours of the loading harbors within the Gulf. Upon receipt of notification from Saudi Aramco, the Kuwait Petroleum Corporation (KPC), or the Abu Dhabi National Oil Company (ADNOC), the oil buyers have, by contract, twenty-four hours to go pick up the shipment. To make sure they keep this deadline and keep their tankers out of the Gulf, in case of sudden conflict, the shipping firms place their ships at anchor a few kilometers from Fujairah. They can sail off within minutes to go off around the Straits of Hormuz and reach Ras Tannura or other Gulf loading areas within the twenty-four hours required. Now, of course, shipping companies cannot be sure that their fleets are safe while waiting out of the Gulf, which will increase costs considerably.

The Iranian message is that they can get to the Saudis’ and other Gulf states’ shipping ability beyond the Straits of Hormuz. Their attack on the East-West Pipeline, which can ship 5 million barrels per day (b/d) to Yanbu on the Red Sea carried the same threat. This weekend’s drone/missile attack on Abqaiq reinforces the message to Saudi Arabia that Iran can destroy or at least severely curtail all exports, even without mining the Straits of Hormuz or attacking ships through Houthi proxies in the Straits of Bab El Mandeb.

Jean-Francois Seznec is a senior fellow with the Atlantic Council Global Energy Center.

Read more about the attack on Saudi Arabia’s Abqaiq