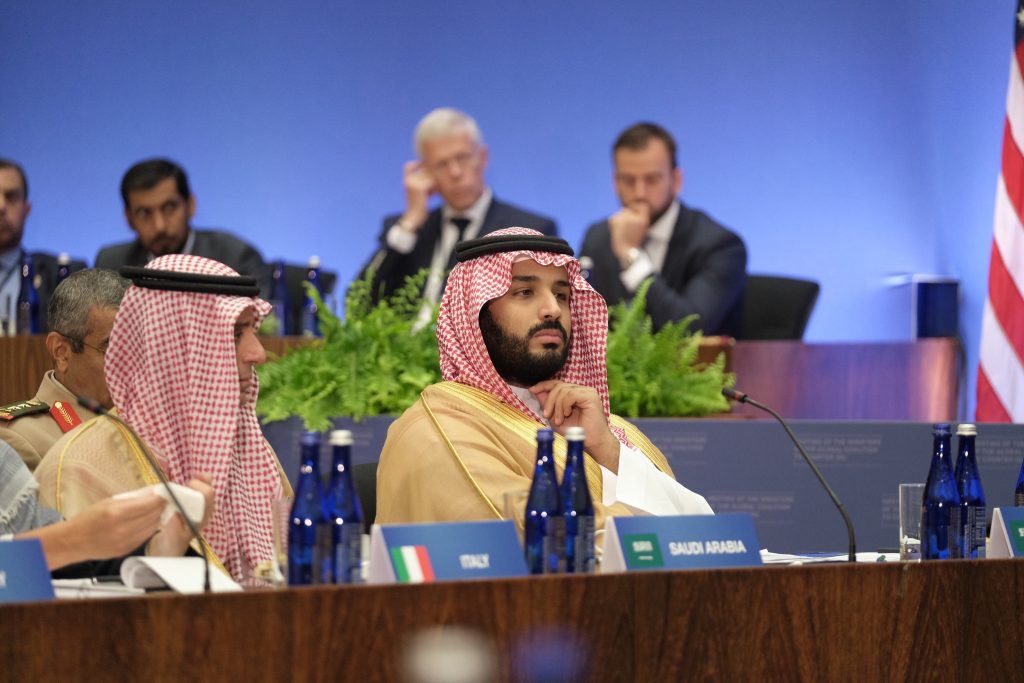 Rarely a day goes by without a headline about Saudi Arabia and the reforms underway as part of Vision 2030, the plan intended to help Saudi Arabia pivot from an oil-based to a knowledge-based economy. Crown Prince Mohammed bin Salman (MbS) is making his rounds internationally, including a much-heralded visit to the United States this week, to increase foreign investments in Saudi Arabia in support of the Vision. However, while Saudi Arabia may be moving away from an oil-based economy, they are not moving away from an energy-based economy. In fact, through investments in petrochemicals and other energy sector opportunities, Saudi Arabia is doubling down on energy—and won’t be able to diversify to a knowledge-based economy without investing in human capital.

Saudi Arabia is also spending money in order to attract investment. This year marks the highest proposed spending budget the country has ever had, with increased spending and continued low oil prices expected to contribute to a deficit of $52 billion for the year. Foreign investment will be key for Riyadh to succeed in diversifying its economy, however, they seem to be lacking investors so far. While these are still the early days, it will become hard to achieve everything outlined in the expansive vision without foreign investment.  Moreover, and perhaps more importantly, as Princess Reema bint Bandar Al Saud pointed out at the Atlantic Council on February 28, human capital and practical skills are lacking.

To support his reform plans, MbS announced two years ago that up to 5 percent of the national energy company, Saudi Aramco, would be offered on the stock market, potentially bringing in $100 billion. The initial public offering (IPO) was scheduled to happen this year, but Khalid Al-Falih, Saudi’s minister of energy, said earlier this month that the IPO could be delayed to 2019. US investors do not seem as interested in the IPO as was expected and, as Saudi continues to mull over international stock exchange options, it is increasingly likely that the IPO will only be listed on the Tadawul in Saudi. As long as Riyadh keeps delaying the IPO, there will be a need to keep oil prices closer to $70, rather than the $60 price range at present, to generate the revenue needed to support the reforms. As long as oil prices stay at that price range, there will also be less of a necessity to sell shares of Aramco.

While the world waits on Saudi to give the go-ahead on the IPO, the energy sector is the only industry that has the financial means to successfully diversify: it has the human capital and the capability to invest in its employees to ensure they have the necessary skills. In line with Vision 2030, the energy sector has taken steps to diversify its portfolio to the extent that it still relates to its crude production. For instance, Saudi Aramco is building a maritime yard to construct and repair vessels and offshore drilling platforms. The company has also been expanding its gas portfolio, both domestically and abroad. Gas processing has been a domestic focus and is considered to be a vital part of Vision 2030, particularly to help develop the petrochemical industry, as well as domestic power generation, freeing up more crude oil for export and reducing the amount of oil burning. Saudi Aramco has also struck deals with Royal Dutch Shell and Russia’s Novatek, which would increase Aramco’s presence in the gas industry internationally. Saudi Arabia is also planning on decreasing its reliance on the oil sector by building nuclear power plants. The United States, South Korea, Russia, China, and France have all submitted bids to build two nuclear plants, which the Saudi government plans to have up and running by 2027.

Having Saudi Aramco branch out to other energy industries may help Aramco reach the $2 trillion valuation MbS wants. If Riyadh truly wants to diversify the economy, the IPO will need to happen in some fashion, so the government can use the capital it generates to invest in other sectors. So far, it is only the energy sector is diversifying and has the human capital to do so. For Saudi Arabia to be successful in other sectors, it will need to first successfully diversify its energy economy, and then use part of that revenue to invest in the human capital in other sectors.

Bina Hussein is an associate director of the Atlantic Council Global Energy Center. You can follow her on Twitter @BinaHussein