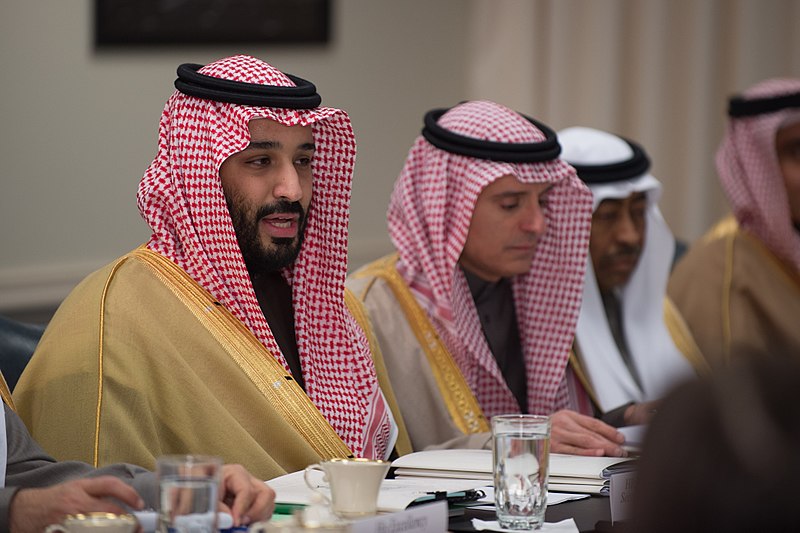 Bilateral and global energy issues are front and center as the Crown Prince of Saudi Arabia, Mohammed bin Salman, arrives in the United States. While the biggest focus might be on Saudi Arabia’s vital role as the world’s largest crude oil exporter and the impact that growing US oil production and market influence are having on Saudi leadership and OPEC, the energy implications of the crown prince’s Vision 2030 for the modernization and diversification of the Saudi economy and opportunities for US commercial involvement are also critical.

With 8-10 percent annual electricity growth and the current heavy dependence on oil for electricity generation, which eats into oil export capacity, Saudi Arabia’s strategy aims to diversify power generation and pursue renewables, gas, and nuclear power alternatives. The Saudi economy is very energy—mainly oil—intensive, as oil provides over 60 percent of primary energy. As part of the overall reform effort, the government is beginning to incentivize greater efficiency, increasing tariffs and reducing subsidies to privileged groups. The booming buildings sector, with its heavy air conditioning load, is a key target. With urbanization and population growth, pressures on water supplies are also increasing, resulting in huge electricity demand to run the Kingdom’s thirty desalination plants.

However, even with more aggressive energy efficiency policies, Saudi Arabia’s demand for electricity is expected to grow rapidly, and the country is looking into various options for new generation capacity.   Total electricity generating capacity is currently around 66 gigawatts (GW), split forty-sixty between oil and gas. While projections suggest slower growth in the future, peak electricity demand may still double by 2030.

One way Saudi Arabia is looking to move away from oil and satisfy domestic demand is by establishing itself as a nuclear power producer. In 2012, the Saudis first announced their intention to build sixteen nuclear reactors by 2032—however, the rapid commercialization and fall in prices of renewables has led to a major shift in orientation, with the Crown Prince placing priority emphasis on renewables in the National Transformation Program 2020, which begins implementation of Vision 2030. An ambitious renewable energy target of 3.45 GW by 2020 has been set, with a further 6 GW envisioned by 2023. The agreement for the first project, the 300 megawatt (MW) Sakaka PV project in the northern Al Jouf region, is being finalized after extremely favorable bids from several consortia (ACWA and Masdar) of 1.79 and 2.3 cents per kilowatt hour (kWh).

Despite the clear economic case for renewable energy and decisions by various governments to stop building large nuclear plants (including the UAE’s announcement that they would stop building after the four reactors currently under construction are completed), strong interests within Saudi Arabia still support nuclear power, possibly due to fears about Iranian nuclear capacities and weapons potential. This support led the Saudi government to launch a tender for two plants in late 2017, adding up to 2800 MW of capacity, securing initial bids from Russian, Chinese, South Korean, French and US companies and consortia. South Korea is in a strong position, since it is nearing completion of the first of four units in the UAE using APR-1400 technology obtained from the west, while China has not completed its next generation reactors with Westinghouse or Areva or its Hualong indigenous design, and Russia has still not commissioned its new VVER-1200 design.

However, unlike the UAE, Saudi Arabia has not yet been willing to sign a similar 123 nuclear agreement required for export of US nuclear technology and materials, which the US has with forty-eighty countries (twenty-three agreements) under the Section 123 of the US Atomic Energy Act. The UAE 123 agreement, negotiated under the Bush Administration and implemented under the Obama Administration, prohibits the introduction of nuclear reprocessing or enrichment technology and has since been considered the “gold standard” from a non-proliferation standpoint.

Since South Korea’s APR-1400 design is based on licensed technology from Westinghouse, they would also require an acceptable agreement. Non-proliferation experts warn that a reduction in standards from the UAE gold standard could lead UAE to reopen their agreement and push Egypt and Turkey to seek similar changes in their agreements which come up for renewal in 2021 and 2023.

China and Russia, which are working to develop a full cycle with breeder technology, do not require such standards on reprocessing and enrichment (although Russia takes back spent fuel in most of its deals) and are proceeding with reactors in the region which raise geopolitical and non-proliferation concerns.  Russian President Vladimir Putin recently traveled to Egypt to finalize a deal to supply four reactors and is also building new reactors in Turkey, India, Bangladesh, and Iran.

For years, the Saudis delayed the decision to pursue nuclear power. The economic rationale for further delay is even stronger now given the favorable economics of renewables and gas. Given the tense environment in the Middle East and the uncertain prospects for the Iran nuclear deal, playing the nuclear card now creates challenging new issues for US foreign policy. Ultimately, this could pit the US desire to maintain its traditional leadership role and strict international non-proliferation and nuclear safety regimes against concerns about Iranian regional ambitions and nuclear weapons objectives amid growing hostility between Iran and Saudi Arabia and the global nuclear power export drives by China and Russia to enhance their presence in this volatile region.