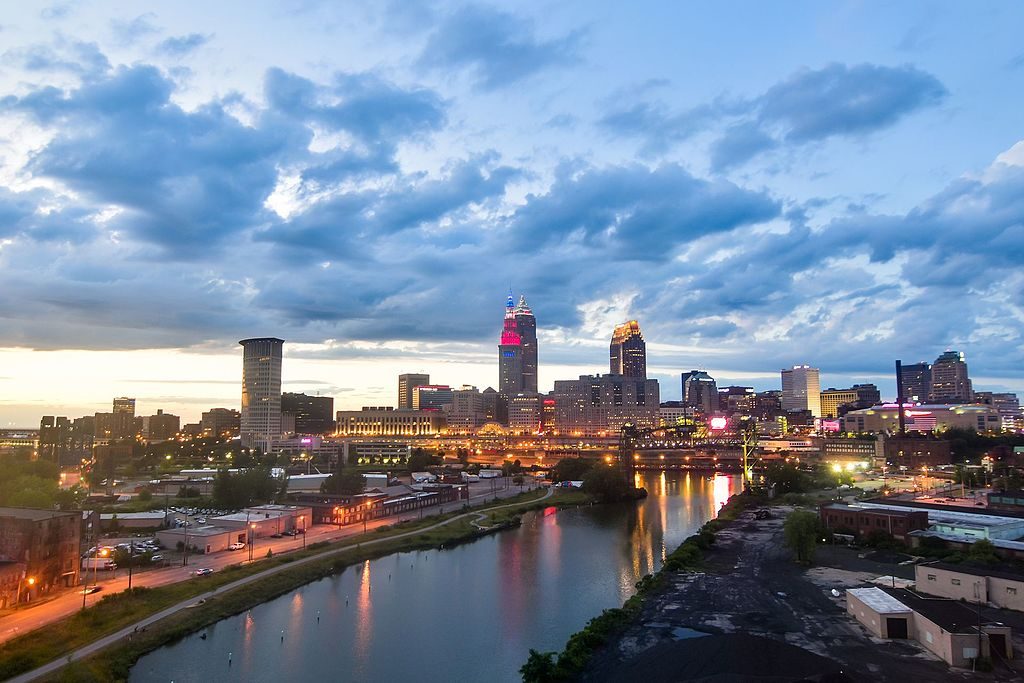 During the trip, the delegation visited the Cleveland Foundation, a key contributor to the economic and civic vitality of the region, to learn more about Cleveland’s ongoing efforts to attract investment into new growth sector such as advanced energy.

The following is an excerpt of their interview.

Q: What is the Cleveland Foundation and how does it contribute to Northeast Ohio?

Love: Established in 1914, the Cleveland Foundation is the world’s first community foundation and one of the largest today, with assets of $2.45 billion and 2017 grants of more than $101 million. Through the generosity of donors, the foundation improves the lives of residents of Cuyahoga, Lake, and Geauga counties by building community endowment, addressing needs through grantmaking, and providing leadership on vital issues. The foundation tackles the community’s priority areas—education and youth development, neighborhoods, health and human services, arts and culture, and economic development—and responds to the community’s needs.

Q: What role can advanced energy play in revitalizing Ohio’s manufacturing base and economy?

Love: Ohio is poised to take tremendous advantage of advanced energy. Component industries for wind and solar exist throughout the state, with a particular concentration in Northeast Ohio. However, the current policy environment in the statehouse stymies our region and the state as a whole from realizing the full economic benefits of these industries. Only policies favorable to advanced energy generation will put us on a path towards fully realizing Ohio’s manufacturing potential in advanced energy.

Q: You’ve been a notable supporter of a plan to build offshore wind in Lake Erie—can you say more about that plan and its outlook?

Love: We are still pushing for advanced energy in our effort to create the nation’s first freshwater wind farm off the shores of Lake Erie. This has been a personal priority for Ronn Richard, our president and CEO, since he first joined the foundation. From initial feasibility studies, to the formation of the Lake Erie Energy Development Corporation [LEEDCo] to oversee the work, we have been steadfast in moving this project forward.

LEEDCo has been awarded $52 million in funding from the Department of Energy to make the wind farm a reality. However, LEEDCo is still working to sell the remaining power that will be generated by the turbines before we can begin construction. A freshwater wind farm on Lake Erie could create hundreds of new jobs in wind turbine manufacturing, and it could allow Cleveland to go off the grid.

Cleveland is the only major US city to have its own municipally-owned electric utility company in Cleveland Public Power. With an independent, advanced-energy source, our local grid could be protected from cyber-attacks and other threats. Just last year we funded a microgrid planning study to understand how the City of Cleveland and Cuyahoga County could benefit from implementing cyber-secure microgrid technology. If we are able to realize this vision of an independent, advanced-energy grid in Cleveland, it would be a huge competitive advantage to attract companies concerned about vulnerabilities in our national grid.

Q: What are the major obstacles to further clean energy investment and job creation in Ohio, and what can be done to address them?

Love: Principally, the major obstacles in the past have been the statehouse, regulation around public utilities, and partisanship at all levels in government. Until we create the policy conditions and incentives to level the playing field for clean energy investment, we won’t fully realize the economic and workforce opportunities that the sector could bring to the state. To this end, the Cleveland Foundation has previously supported and continues to advance policies that support clean energy generation and investment, as well as grid resiliency. For example, Ohio’s onerous wind setback requirements have cost the state an estimated $4.2 billion in unbuilt wind farm projects since 2014. Fixing the setback requirements for wind farms could provide an immediate opportunity to spur greater investment across the state, including manufacturers.

Q: There’s a saying that “As Ohio Goes, So Goes the Nation”—what should policymakers in Washington know about Ohio’s current dynamics that can help them better address advanced energy and climate challenges in a pragmatic, bipartisan way at the national level?

Love: Markets have been driving—and will only continue to drive—clean energy investment and generation globally. Companies seeking to invest in Ohio increasingly demand clean energy as part of their investment decisions. If Ohio and other states across the country, as well as the federal government, continue to implement policies that create roadblocks to clean energy investment, other countries will pass us by in this technology. Meanwhile, private and corporate investment will move where markets are heading—which is towards renewables. Over the long run, this will position Ohio and the United States at an economic disadvantage as well as put the energy security and national security of this country at risk.

For more on the Atlantic Council Global Energy Center delegation’s trip to Cleveland, Ohio check out our interview with the CEO of Talan Products, a local Cleveland business that produces parts for solar systems and LED bulbs.