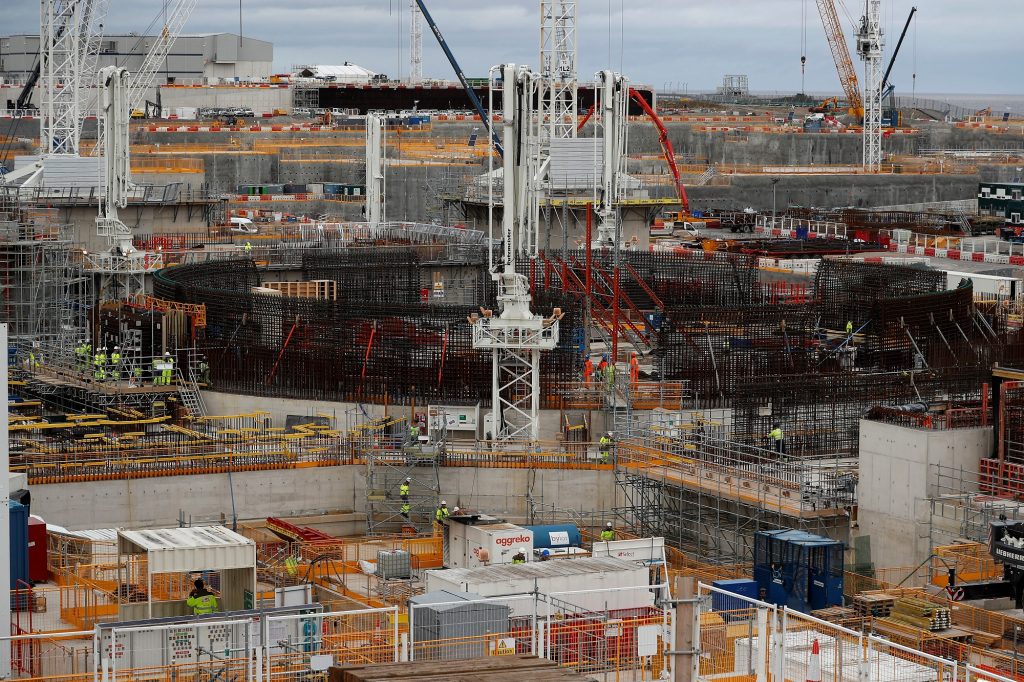 As the US-China trade war cools, China remains on the verge of dominating the nuclear industry, which is of great strategic importance both diplomatically and in combatting climate change. The Trump Administration has thus far viewed China as an adversary, a perception that no doubt extends to China’s nuclear export drive, with calls for Washington to revive the US nuclear industry to compete abroad and prevent Russia and China from cornering the market. But grouping Russia and China together misses the point: Russia and China are competing for market share, not working together to dominate, and no other competitor will rise to challenge Russia any time soon. China’s rise gives Russia a real competitor in nuclear energy, and that is good for the United States—and the United States has an opportunity to help shape those exports to ensure safety and protection for countries purchasing Chinese nuclear.Russia accounts for 60 percent of reactor sales worldwide, a position it has solidified by offering generous export packages to interested countries. Its cheaper nuclear designs and financing options, development organizations’ bans on financing nuclear, and cheap natural gas have crippled the competition. But while Russia has dominated, its neighbor to the south has developed an industry primed to battle for market share. Though China’s nuclear industry is relatively young, it produced the third most nuclear energy domestically in 2018, and plans to add “as much as 300 [gigawatts (GW)] of nuclear capacity” over the next ten to twenty years. China’s domestic market for nuclear is of unrivalled scale, and scale has always been China’s path to dominance.

But China’s ambitions do not stop at its own borders—the Chinese government has created incentives to encourage nuclear power exports and drive its nuclear industry into foreign markets, including laws that financially and technologically support nuclear exports. China’s nuclear industry benefits from the same advantage that launched Russia to dominance: state ownership to help weather funding issues, reduce public impact of disasters, and provide security and diplomatic support. China has also adopted the financing option that has driven Russian nuclear exports: the build, own, operate (BOO) model, under which the exporting nation handles everything, from financing and operation of the plant to nuclear waste management—at the cost of prolonged dependence.

Since 2013, China has reached more than ten construction agreements—exports have been concentrated in Asia through the Belt and Road Initiative (BRI), which focuses on nuclear exports to Pakistan, where China has completed multiple plants and is constructing more, as well as to Turkey, where there are plans for plant construction. All told, China’s largest nuclear company plans at least thirty BRI nuclear reactors by 2030. Chinese nuclear has also made inroads into developing markets around the world, with plans or memoranda of understanding in with several African nations, including Kenya, Sudan, Egypt, and South Africa, as well as a deal with Argentina to finance new reactor projects and import Chinese technology.

Importantly, China has also made a move toward exporting nuclear to the United Kingdom (UK): it partnered with a British power company to build the Hinkley Point C nuclear project, which is expected to supply 7 percent of Britain’s electricity demand. The approval of Chinese technology in the stringent European market would be an endorsement, especially of safety, that could launch China to become the international standard of nuclear technology.

China’s nuclear exports hold implications for client states’ safety, security, and diplomatic standing. Though the International Atomic Energy Agency (IAEA) gave Chinese nuclear plants high marks for safety, a commissioner at a French regulator said that Chinese regulators “lack means. They are overwhelmed.” Any domestic safety issues would be a disaster for the industry as a whole—China needs to ensure that its regulatory bodies are equipped to deal with their already massive and expanding workload. Security and diplomacy will also be significant roadblocks for Chinese exports, particularly in Europe. Allowing a foreign company—and in the case of Russia and China, a foreign government—to build and operate a dangerous piece of energy infrastructure is risky. The foreign government could exert diplomatic pressure by implicitly threatening to turn off the lights, make a case for sending troops to protect their investment, or even weaponize the resource in the case of war.

With Russia and China as the least-cost and most reliable suppliers in actually completing a project, this may be China’s biggest advantage: Russia has a demonstrated history as the aggressive landlord (see Ukraine), repeatedly leveraging other countries’ reliance to exert diplomatic pressure, and views energy exports and nuclear exports in particular “as a vehicle for expanding and enhancing its influence.”

China will export nuclear with or without the United States’ approval. Instead of opposing it outright, the United States should instead work with China and its “overwhelmed” regulators to enforce safety regulations to prevent disasters and work with purchasing states to reinforce their security. Many developing countries desperately need energy and using nuclear instead of coal where possible is important from a climate change mitigation perspective, and for them to import from China instead of Russia is preferable geopolitically. China may aim at the same influence that Russia has flexed, but it lacks Russia’s history of energy weaponization—and the United States has the chance to assuage that concern through collaboration. None of this is to say that Western countries should abandon their own nuclear industries—nuclear is an important piece of the energy transition, and more market competition is better to ensure no country has outsized power. But conflating Russia and China as enemies of the United States in the nuclear market is dangerous at best and self-fulfilling at worst. Better to work with China to ensure safety in nuclear energy than to reject its rise and drive more countries into the arms of the bear.

David Yellen is a project assistant at the Atlantic Global Energy Center. You can follow him on Twitter @david_yellen