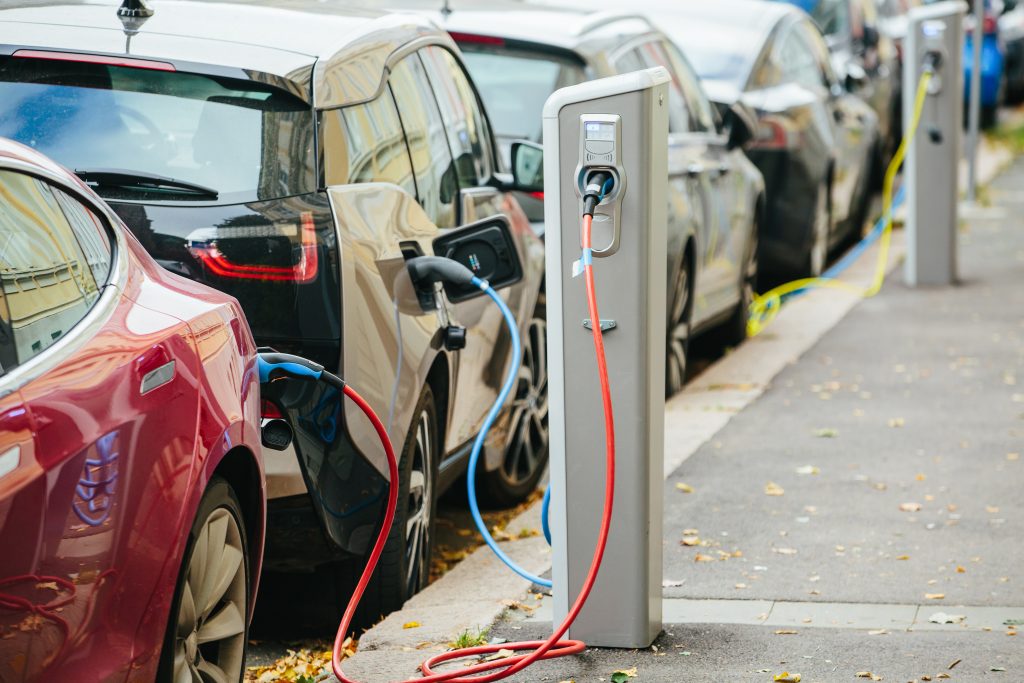 A major increase in electric vehicle (EV) deployment will lead to an even greater strain on an overburdened power grid that is unable to handle today’s increasingly severe extreme weather events, as the world recently witnessed in Texas this February and Europe this January. Whether EVs are environmentally beneficial or not will depend on the sources of electricity that power them, and this policy decision needs to be made quickly. Vehicle manufacturers, consumers, advocacy organizations, and governmental entities all have a role to play in these imminent policy decisions.

General Motors recently announced a phaseout of gasoline and diesel vehicles by 2035, including a $27 billion investment in electric vehicle and driver-less technologies over five years and thirty all-electric car, truck, and SUV models available for consumers by 2025. Daimler is preparing for an all-electric and hydrogen transportation sector by splitting its passenger vehicle and heavy truck businesses. Ford Motor Company, not to be outmaneuvered, announced that the company is investing $22 billion in EV development through 2025 and will release an all-electric option of the best-selling F-150 pickup truck in 2022.

Consumer demand for EVs remains strong—even through the COVID-19 pandemic—with Tesla reporting an increase in sales since March 2020 and posting a record sales quarter in Q4 2020. A recent McKinsey report estimates that EV demand will accelerate in China and continue to build momentum in Europe. And while overall EV sales have stagnated in the United States, analysts anticipate stronger EV growth under the Biden-Harris administration.

Much of the momentum in the transportation industry coincided with recent climate and energy policy announcements from governments around the globe. The United Kingdom and California aim to end sales of internal combustion engine vehicles by 2035. Sweden, Israel, The Republic of Ireland, and the Netherlands have pledged the same by 2030, and Canada and Spain by 2040. Norway is well on the way to achieve its goal of phasing out new sales of internal combustion vehicles by 2025; 52 percent of its new vehicles sales in 2020 were electric. Norway made a comedic cameo in a Super Bowl LV commercial for General Motors featuring Will Ferrell, Kenan Thompson, and Awkwafina, who challenged Americans to step up the EV competition.

By some estimates, the United States alone could require 25 percent more electricity to power new EVs, over one million gigawatt-hours of additional power generation. Demand growth will vary state by state. New Hampshire may require 53 percent more capacity, whereas Nevada may require 25 percent. This will necessitate more generation sources as well as upgrades to transmission networks at a time when climate and energy policy under the Biden-Harris administration seeks to make America carbon-neutral by 2050. This additional generation must switch on in tandem with expected EV growth.

It is unlikely that short-term battery storage, wind and solar power, and electricity generation efficiencies alone can fill this gap. These technologies need to be paired with distributed, zero-carbon baseload capacity. The debate about what other technologies can meet anticipated demand and fill the void is just beginning. Contenders for distributed, baseload clean energy generation include geothermal, hydroelectric, and nuclear power.

Although currently generating a mere 0.4 percent of renewable, zero-carbon utility-scale electricity in the United States, geothermal has the potential to power millions of homes and EVs. According to research from the US Department of Energy (DOE), geothermal energy could generate ten percent of the country’s electricity needs, and the International Renewable Energy Agency notes that the Earth’s surface is estimated to contain fifty thousand times more energy than all oil and gas resources worldwide.

Geothermal energy development has grown in El Salvador, Kenya, the Philippines, Iceland, New Zealand, and Costa Rica, countries that generate more than 15 and up to 45 percent of their electricity from geothermal sources. The technology currently exists to extract more of this zero-carbon energy in the United States, but upfront capital and exploration costs present challenges to geothermal project development and implementation.

Advocates of geothermal energy note it is a well-established technology yet widely unknown and undervalued. Their challenge is to create a compelling narrative around its benefits, which extend far beyond electricity. Geothermal energy can heat and cool buildings, warm greenhouses for crop production in cold climates, deliver lithium brine deposits for use in lithium-ion battery manufacturing, and contribute to farm-raised trout and other fish production.

Yet even with its great potential, geothermal struggles for policy attention in the United States, and it faces more challenging regulatory hurdles than oil and gas exploration. It also lacks access to capital resources, tax policy benefits that are technologically unique, and other financial incentives provided to wind, solar, large-scale nuclear, and fossil fuels.

In 2016, the Obama administration released the DOE’s Hydropower Vision to increase electricity production by retrofitting existing dams in the United States. Only three percent of US dams produce electricity, or just 2,400 out of over 85,000 dams. With half of these dams privately owned, policymakers should create financial opportunities for investors and streamline permitting, regulatory, and licensing processes for the retrofit to coincide with energy demand as more EVs hit the road.

Existing dams are used for fish, wildlife, and habitat conservation, flood control, crop irrigation, and navigation, like in the case of Malta Dam on the Muskingum River in Ohio. The Malta and five other nearby dams are currently being retrofitted with 23 megawatts of hydroelectric capacity by Rye Development and the Ohio Department of Natural Resources. Where environmental impacts outweigh benefits to society, dams may be removed. Some dams no longer serve the purposes for which they were built, and continue to inflict environmental harm, which has galvanized advocates who argue for removal, as is the case for the four dams on the Snake River in Washington State.

In developing regions, small or microhydropower has the potential to lift global populations out of poverty, achieve climate goals, and meet growing global energy demand, as is happening in Muranga County, Kenya. Small hydro is suitable for local community and industry, does not require grid connections, and is not on the scale that leads to conflict or severe environmental damage. Small hydro may avoid conflict and tension surrounding large dam construction such as among Ethiopia, Sudan, and Egypt on the Blue Nile River and among Myanmar, Thailand, and China on the Salween River.

Retrofitting existing dams and small hydro is gaining momentum in policy discussions, but requires prudent partnership between federal, state, and local governments, as well as with the private sector.

In 2020, the electric power sector accounted for 28 percent of net greenhouse gas emissions in the United States, second only to the transportation sector, which accounted for 31 percent. The growth of EVs will help to eliminate over 50 percent of greenhouse gas emissions and help achieve the Biden-Harris administration’s campaign commitments and US Paris Agreement objectives. To realize these goals, small modular reactors (SMRs) should be part of the policy discussion in the ongoing clean energy transition.

Whereas geothermal and hydro have scalability and are thoroughly tested technologies, this is less so for SMRs. The company furthest along, Oregon-based NuScale Power, anticipates its first prototype will generate electricity in 2027, nearly two decades after initiating the permitting and certification process. Nonetheless, SMRs could be part of the long-term solution to US transportation and electricity challenges during the ongoing and multi-decade energy transition. Nuclear is a fully zero-carbon source of electricity that could help limit rising global temperatures and is forty times less deadly to citizens than fossil fuels.

Juggling EV charging times can be part of the solution to stabilize the power grid but may frustrate consumers. Regulating the winterization of infrastructure in traditionally warm climates will prevent future cold weather-related blackouts but will prove costly to ratepayers and must first get through reluctant governing bodies like the Texas state legislature. Increased connectivity among grids will add stability but requires centralization, increased regulations, and greater federal decision-making, all of which are antithetical to traditional neoliberalism.

A stable source of distributed, zero-carbon electricity is necessary to offset the anticipated retirements of coal and large-scale nuclear power plants over the next decade. Geothermal, hydro retrofits, small hydro, and SMRs have the potential to pair well with solar, wind, and battery storage to stabilize capacity, eliminate dependence on fossil fuels in electricity generation, mitigate the impacts of extreme weather events, and produce sufficient power to charge all of the new electric vehicles expected to hit the road in the coming decades.

Bryant Jones is a PhD candidate at Boise State University interested in advancing clean energy technologies through the intersection of energy policy, public policy and international affairs. He is a Security Fellow with the Truman National Security Project and has worked on foreign policy at both the White House and US Department of State.

The global electric vehicle (EV) market is going through a rough patch amid the COVID-19 outbreak. The pandemic led to economy-wide lockdowns and supply chain disruptions across the automotive industry. Coupled with a historic decline in oil prices that brought down gasoline prices, these factors are likely to put a significant dent in EV sales in the near term. But automakers are not turning away from the EV market despite recent setbacks. To signal their intent, several major auto industry executives have taken steps to underscore their commitment to vehicle electrification coming out of the pandemic slump.