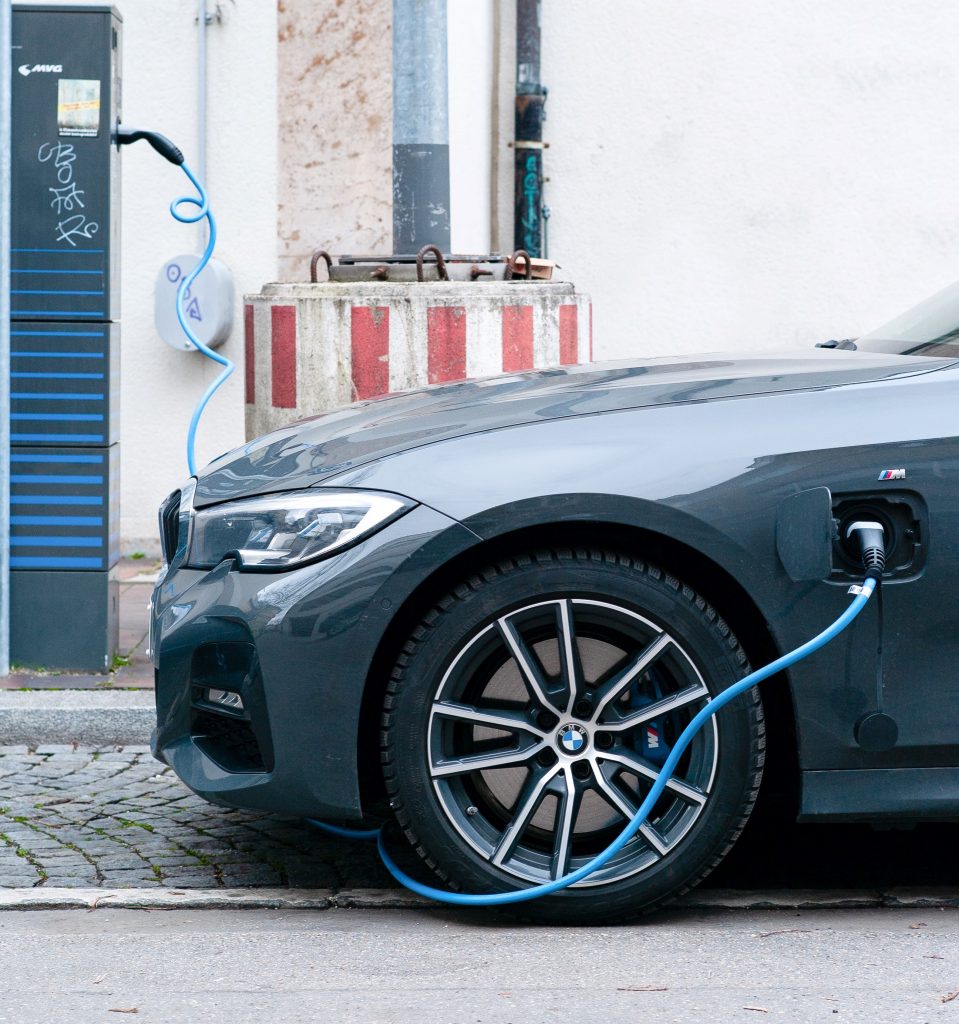 The global electric vehicle (EV) market is going through a rough patch amid the COVID-19 outbreak. The pandemic led to economy-wide lockdowns and supply chain disruptions across the automotive industry. Coupled with a historic decline in oil prices that brought down gasoline prices, these factors are likely to put a significant dent in EV sales in the near term.

Research and consulting firm Wood Mackenzie projects that global EV sales will fall by 43 percent this year, primarily due to manufacturing delays and weak consumer demand. BloombergNEF (BNEF) has a more optimistic market forecast. BNEF anticipates EV sales will fall by a more moderate 18 percent in 2020 as the global automotive market shrinks overall.

“The COVID-19 pandemic is set to cause a major downturn in global auto sales in 2020,” Colin McKerracher, head of advanced transport for BNEF, said in a statement. “The long-term trajectory has not changed, but the market will be bumpy for the next three years.”

According to McKerracher, the pandemic and resulting economic decline are raising difficult questions about automakers’ investment priorities and their ability to fund the transition to EVs.

But automakers are not turning away from the EV market despite recent setbacks. To signal their intent, several major auto industry executives took steps in recent weeks to underscore their commitment to vehicle electrification coming out of the pandemic slump.

Volvo and Volkswagen press on

Volvo CEO Håkan Samuelsson said at the Financial Times global digital conference last month that he believes coronavirus will actually speed up the adoption of EVs.

“Electrification will go faster,” he said. “I think it would be naive to believe after some months, everything will return to normal, and our customers will come back into a showroom asking for diesel cars. They will ask even more for electric cars.”

Samuelsson said government efforts to reboot the auto industry coming out of the current health and economic crisis should focus investments on “new technology,” rather than promote a return to the status quo. He told Automotive News Europe in April that Volvo plans to cut its research and development budget to reduce cash burn amid the fallout from COVID-19, but would leave its EV and self-driving programs intact.

Last year, Volvo committed to making every new vehicle model launched from 2019 onwards with either a hybrid or full-electric powertrain. By 2025, the Swedish automaker wants all-electric vehicles to make up 50 percent of its global sales. Volvo started taking online orders for its first mass-market EV, the XC40 Recharge, at the start of the year.

In late May, Volkswagen (VW) announced it will funnel €2.1 billion ($2.37 billion) into joint ventures with Chinese EV manufacturers: JAC Motors and Guoxuan High-tech Co Ltd. In a separate announcement, VW and Ford announced an expansion of their strategic partnership to include work on a new electric mass-market passenger car in Europe.

General Motors on EVs: “We have not lost ground”

General Motors (GM) also made a point of reinforcing its commitment to vehicle electrification in a series of press calls in recent weeks. The public relations push comes a few short months after GM held its “EV Day” at the company’s Technical Center Design Dome outside of Detroit.

At the event on March 4, GM publicized ten future EV models, its new modular EV platform and Ultium battery architecture. By the end of the month, manufacturing had halted as states went into lockdown and GM quickly pivoted to making masks and ventilators.

As vehicle production resumes, Ken Morris, GM’s vice president for electric and autonomous vehicles, affirmed on a recent press call that the company still plans to make one million EVs by 2025 and will allocate more than $20 billion in capital and engineering resources to its electric vehicle and autonomous vehicle program over the next five years (but did not provide the investment figure for EVs specifically).

Morris said that GM’s agreement to manufacture two new EVs in partnership with Honda continues to move forward, as well as plans to procure up to 500,000 megawatt-hours of renewable energy from Michigan utility DTE.

But GM hasn’t avoided delays entirely. Launch of the next-generation Chevy Bolt EV was pushed back to 2021. Debuts of the Cadillac Lyriq and the GMC Hummer EV pickup were also postponed. Morris did not say when the Lyriq and Hummer would be revealed but insisted that the company has not missed a beat.

“Despite the pandemic, product development work on our future EV and AV portfolio is progressing at a rapid pace and we have not lost ground,” Morris told reporters last month.

“What has changed? Watching how our company pivoted so quickly to manufacture ventilators and masks,” he continued. “I would say the one thing the pandemic has done is only confirmed our belief in ourselves that we can and will achieve an all-electric, zero-emissions future.”

Good cars are not enough

Chelsea Sexton, an electric vehicle consultant and former member of GM’s EV1 team, said in an interview that increasing the number of EV models at different price points will go a long way toward boosting sales. But she warned that the vehicles are not the only problem.

“The reality is that none of the EVs of the last twenty years have succeeded or failed because they weren’t good cars. It’s everything else around it,” said Sexton. “What are you actually going to do to support those programs and make them real?”

Other key elements include making EV models widely available across the United States, not just in California, as well as investing in attractive marketing campaigns, training dealers on how to sell EVs and more. All of these things cost money at a time when the global auto industry is hurting.

James Chen, vice president of public policy at Rivian, said in a recent interview on the Political Climate podcast that coronavirus caused his company some hardship, but nothing the American all-electric adventure vehicle startup cannot weather through.

“The coronavirus has been an interesting test for Rivian, that’s for sure,” he said. “I think we were better positioned than most because we were not going to count on being in a cash flow situation until we get to start of production.”

Rivian recently pushed back production of its first two vehicles, the R1T all-electric truck and the R1S all-electric SUV, to 2021. But the upstart has somewhat of a buffer, having raised around $3 billion in a single year last year from major players, including Amazon, Ford, and T Rowe Price. In addition to selling consumer vehicles, Rivian is also slated to make 100,000 electric delivery trucks for Amazon over the next decade.

On June 4, Reuters reported that General Motors is secretly also developing an electric van (code-named BV1) aimed at business users, in hopes of getting in on one of the most promising segments of the EV market today.

According to Chen, the combination of Rivian’s leadership, technology, business model, and financial position, with new vehicle models and charging infrastructure investments to be announced, uniquely positions the EV manufacturer for growth coming out of the coronavirus downturn. Like Tesla, which has continued to see global sales surge amid the pandemic, he believes Rivian will soon be on the road to profitability.

“There aren’t a lot of players that have tried this in a fulsome way,” he said. “I think we have all of the pieces to get there.”

Despite recent disruptions, the EV market in China is already starting to rebound, thanks in part to a recent extension of government subsidies. As part of Beijing’s fifteen-year draft EV plan, the country set a target for EVs to account for 25 percent of annual new light-vehicle sales by 2025.

The European EV market also remains robust amid COVID-19 related setbacks. EV sales across the continent were 81 percent year-over-year in the first quarter of 2020.

Sales may dip in the second quarter of the year, but the European Union (EU) targets to reduce the carbon-intensity of new vehicle sales by 2030 remain a major market driver. France also increased subsidies available for EV purchases in the country to €12,000 ($13,500) as part of a new €8 billion ($9 billion) stimulus plan, a move that is expected to give the European EV market some additional momentum.

“Given where the policy environment is today, companies know that they’ll have to sell EVs,” Nick Albanese, head of BNEF’s intelligent mobility team, said in an interview.

Some automakers will likely take a loss on the EVs they make in the near term, as global sales slowly continue to pick up speed. But “the policy signals are quite clear, and I think automakers will be able to hit them,” he said.

Policy signals aren’t as clear in the US automotive market, he noted. As a result, the US EV market is expected to remain relatively flat for the next few years. Sales are expected to pick up mid-decade when more makes and models become available in North America.

EVs will also become more cost-competitive over the next few years. Lithium-ion battery prices have fallen by 87 percent over the past ten years, according to BNEF’s Electric Vehicle Outlook 2020. The firm expects battery pack prices to fall as low as $90 per kilowatt hour by 2024, at which point EVs should achieve “firm price parity” with internal combustion engine (ICE) vehicles, said Albanese.

“It’s going to be a difficult five-year period during which automakers have to ramp up EV sales to comply with the stringent targets in the EU and China,” he said. “But past that, EVs … will be cheaper than ICE vehicles. And at that point we’d expect to see consumer organic demand take off without subsidies or steep automaker incentives.”

In 2040, BNEF’s outlook anticipates electric models will account for nearly 60 percent of all new passenger car sales worldwide by 2040, representing 31 percenrt of the entire car fleet in that year.

Julia Pyper is a senior fellow at the Atlantic Council Global Energy Center, a senior editor at Greentech Media, and the host and producer of the Political Climate Podcast.

While a disappointment, the United States’ notification of intent to withdraw from the Paris Agreement was already largely ‘priced in’ to political discourse and expectations. What matters most now is continued bold leadership—and hard, prosaic work—by the entities that have at least as much control over the future US emissions trajectory as the federal government.

H.E. Sebastián Piñera, president of Chile, discusses Chile’s upcoming hosting of the COP25 climate conference, what has motivated Chile’s leadership on climate and clean energy and where it fits into the country’s global strategy, and what steps the country is taking at home to lead by example.