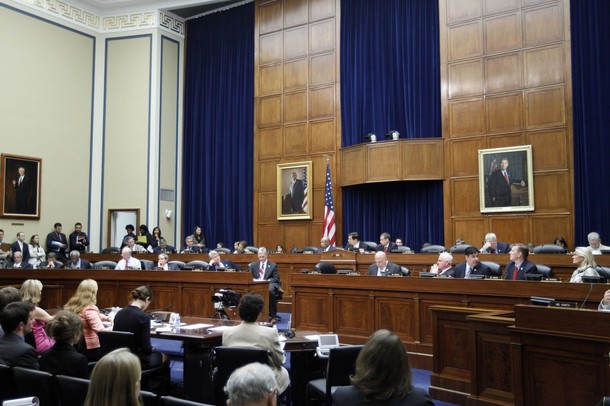 It is common knowledge that increasing societal complexity (i.e., interdependence and interconnectedness) is challenging the fundamental business models of an ever-growing range of industries. Thus, the entertainment, technology, manufacturing, information—the list could go on and on—industries are all under pressure to change the ways they think.

But what about government? Isn’t the federal government’s traditional way of thinking also under assault from this increasing complexity? Although it would certainly appear so—especially considering the steady stream of emergent phenomena (recession, migration, terrorism, geopolitical upheaval, proliferation, climate change, energy crises, etc.) that seem to confound it—thinking in Washington seems pretty stagnant.

In particular, the federal government remains enthralled by notions of “linearity”. That is to say, it maintains a reflexive tendency to think of society as a linear system with all the characteristics—the whole being equal to the sum of the parts; clear cause-and-effect; past behavior as a reliable indicator of future behavior; and proportionality of input/output—that make such systems readily predictable and manageable.

Admittedly, such linear/analytic thinking—especially the inclination to “break down” issues—is not inherently bad and can indeed bring clarifying thought to highly complicated issues. However—misapplied to complex ones, which as the “default setting” it so often is—the downside of such thinking is that the federal government tends to oversimplify, exaggerate its ability to predict and manage, promotes unreasonable expectations, and thereby actually contributes to its own ineffectiveness, or worse, increasing irrelevance. (For examples, see the above mentioned list of confounding emergent issues.)

The key question then becomes: how can the federal government—both the political and bureaucratic elements—get itself to think a bit less traditionally (i.e., apply the rules of linearity, make precise linear arguments, and predict definitive outcomes) and a little more creatively (i.e., “break” the rules of linearity, imagine alternative narratives, and ask new/better questions)? For only the latter will make government—and the policies it crafts—more adaptable, resilient and agile; characteristics necessary in a volatile, dynamic—complex—world.

To start, it’s crucial to recognize that “creative government” is not just some fanciful “new-age” or “artsy” whim. Nor can it continue to be dismissed as oxymoronic. Increasingly complexity means that many—if not most—of the sharp distinctions around which the federal government currently thinks and organizes (economic/political/social, foreign/domestic, diplomatic/military, public/private, etc.) are increasingly outmoded and fail to grasp the nature of the challenges, much less their solutions. Like it or not, elementary education is a national security issue; the military budget is a health care issue; energy is an agricultural issue.

Fundamentally, to better understand and cope with such an undisciplined world and the types of emergent challenges it generates, more synthetic—creative—perspectives are absolutely essential.

It’s also worth noting that increasing complexity is not a new phenomenon but rather a chronic challenge that—when the complexity of society exceeds the ability of the prevailing governmental mindsets and organizations to cope—inevitably results in acute “crises of governance.” Moreover, it is precisely at such critical moments that a government needs to “collapse” and synthesize its existing mental and organizational hierarchies, just as the proverbial sand pile collapses and builds anew in the face of mounting sand.

In order to facilitate such creative thinking, the federal government needs to address at least two fundamental deficiencies. First, it must attract and/or cultivate—and support and promote—more individuals inclined to think in interdisciplinary terms: “synthesists”. Second, since thinking tends to reflect the organizational structures in which it takes place, much of the existing bureaucracy needs to coalesce into flatter, less hierarchical organizations that permit creativity to thrive and stove pipes to be broken down.

It does little good to have creative thinkers if the government’s organizational structures and/or bureaucratic processes—as exemplified by the current departmental structure or the congressional committee structure—compel the continued slicing of issues into artificial/incomplete pieces according to ever more obsolete and unrealistic sets of rules and problem definitions. Moreover, it does little to help government in the recruitment/retention of creative thinkers if the only reward they’re likely to reap for their creativity is a pigeonhole and frustration.

Finally, the federal government alone will not be able to change the way it thinks. To facilitate the change, the public too must change the way it thinks—about government. Indeed, the same complexity that has made government’s traditional hierarchical view of society obsolete has also rendered many of society’s traditional expectations of government equally invalid. Gone are the days when the public can or should expect the government to develop and implement “neat and clean” top-down driven solutions. Rather the public must understand that the messiness of a complex world precludes such expectations, and requires modesty—and a tolerance for uncertainty—that is all too rare in today’s political discourse.

In sum, ever increasing societal complexity means that the federal government’s—and the public’s—prevailing mental and organizational paradigms, like those of the numerous industries mentioned at the outset of this article, are steadily approaching obsolescence. And unless that simple fact is periodically acknowledged and creatively addressed, the nation as a whole risks consignment to decreasing relevance in an increasingly complex world.

Josh Kerbel is a federal civilian employee. His writings on the intersection of government and complexity have been published in “Parameters,” “Foreign Policy,” “World Politics Review” and other publications. The views expressed in this article are his own and do not imply endorsement by any US government agency. Photo Credit: Reuters Pictures