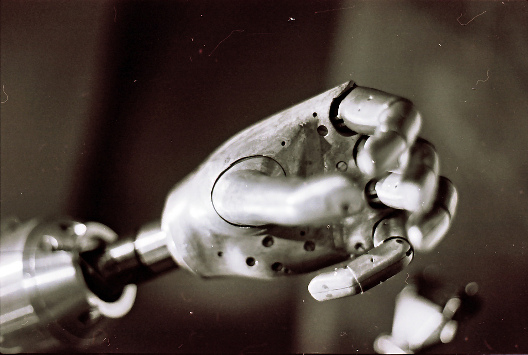 Is the Third Industrial Revolution likely to destroy more jobs than it creates, or will the new technology powering the this revolution lead to creation of more new jobs than those are eliminated, as technology has done throughout history? Will the trend toward increasing concentration of wealth at the top continue as well? There are no certain answers to these hotly debated issues.  As they say in the mutual funds industry, past gains are no guarantee of future returns—trends continue in a linear fashion until they do not.

While we cannot predict the future, we can look at the forces at work, recognizing that human decisions just as much as the technology itself will determine the answer to this question. We can foresee that 3D printing will likely eliminate many routine assembly line jobs and replace them with fewer, but better, jobs that could be widely distributed in micro as well as small- and medium-sized enterprises (SMEs) and major corporations. It does not seem likely, however, that 3D and 4D printing will create more jobs unless they spawn entirely new industries, which is quite possible. Industrial robots have already replaced many factory jobs and are scheduled to replace many more as increasingly capable robots, including those that have moved out of their cages to work alongside humans, proliferate. Increasingly powerful digital robots are also eliminating countless jobs while yielding dramatic productivity gains in fields as widely divergent as warehousing and litigation. All of these technology trends so far have destroyed more jobs than they have created.

The impact of new technology on incomes over the last twenty years also is blamed for some 80 percent of the 4 percent global decline in the share of GDP going to labor in the labor-capital split since the 1990s. The relatively few highly skilled and talented workers, especially those critical to the Third Industrial Revolution, along corporate managers and owners, have been accruing an increasing percentage of the wealth, while the middle class has seen its relative income stagnate and even decline. Since 2000, wages for young high school graduates in the US have fallen more than 10 percent and those of college graduates 5 percent. While “digital progress grows the overall economic pie,” Erik Brynjolfsson and Andrew McAfee assert in Race Against the Machine, “it can do so while leaving some people, or even a lot of them, worse off.”

Will these trends continue indefinitely? A recent McKinsey report asserted that “advances in artificial intelligence, machine learning and natural user interfaces are making possible to automate many knowledge worker tasks that have long been regarded as impossible or impractical for machines to perform.” Certainly the skill sets required for jobs are changing dramatically, with many low-end skills gradually being eliminated, while many mid-level jobs have already been eliminated by information and communications technology in the past two decades. Tyler Cowen, in his new book Average is Over, maintains that in the future, “the key question will be: Are you good at working with intelligent machines or not? Are your skills a complement to the skills of the computer, or is the computer doing better without you? Worst of all, are you competing against the computer?” If your skills do not complement the computer, Cowen asserts, “you may want to address this mismatch.” Brynjolfsson and McAfee similarly warn that we can’t win the race against the machine, “especially as computers continue to become more powerful and capable.” But, they maintain, “we can learn to better race with machines.”

Will new technologies reverse this trend and spawn large numbers of new, high-paying jobs, and return the middle class to income growth? While the current trends are not encouraging, they are not set in stone either. Many technology optimists and economist forecast that new technologies will create more jobs than are destroyed and even new industries and entire new categories of jobs. Even in this scenario, there are not likely to be enough of those jobs for all those who are qualified. Moreover, there are likely to continue to be large numbers of workers who are not qualified enough for the high-skill, high-paying jobs of the Third Industrial Revolution, and this could exacerbate social instability and political conflict. Thus, government may need to pursue policies to cushion the effects of the secular shift in the economy, including by raising the minimum wage, revising the tax code, and perhaps even taking currently unpopular step of providing for a guaranteed annual income.