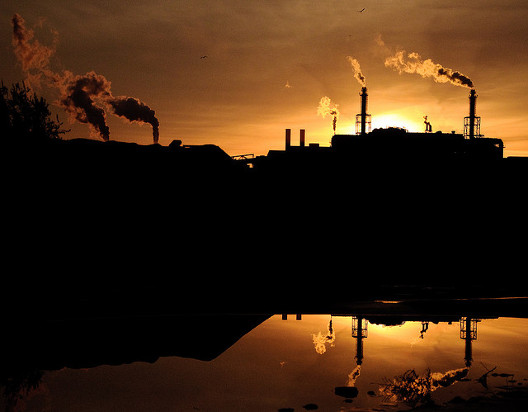 The United States could emerge as one of the biggest winners from the Third Industrial Revolution (TIR). The US is the overall leader in the development and deployment of the new technologies and innovations of the TIR. Its other advantages include relatively cheap and available energy resulting from the unconventional gas revolution in the United States. This “revolution” is providing a competitive edge for US manufacturers and is attracting foreign corporations, especially in petrochemical and other high-energy consuming industries, to relocate to the United States.

Although much US manufacturing has moved offshore over the last several decades, US manufacturers remain highly innovative and productive, while US development of 3D printing, robotics, and other technologies is creating new incentives for “in-sourcing.” Top research universities have been educating scientists and engineers essential to the TIR, while a do-it-yourself (DIY) culture has been a plus in advancing innovation from the bottom up and incubating new ideas and companies based on 3DP and robotics as well as information and communications technology and bioengineering. The US also has a favorable investment environment compared with many overseas alternatives due to effective rule of law, intellectual property rights protection, tax incentives, and advanced infrastructure, although the latter is in need of massive investment for renewal and upgrading.

The critical nature of US government funding in the past and the threat to US competitiveness from its decline has been chronicled by Mariana Mazzucato in her new book, The Entrepreneurial State. She maintains that “the much-maligned state” has been the risk-taking entrepreneur funding long-term, high-risk research that has led to many of the US most critical technological breakthroughs which have then been capitalized on by innovative US companies, or, in other cases, the government has directly funded research by high-tech companies, including startups such as Apple and Google. Mazzucato notes that US National Science Foundation funded the algorithm that drove Google’s search engine and that the twelve key technologies that make the iPhone “smart” were state funded, including the Internet, wireless networks, the global positioning system, microelectronics, and touch screen displays.

While US government agencies, especially the Defense Advanced Projects Agency (DARPA), the National Science Foundation (NSF), and the National Institutes of Health (NIH) have been the most important engines of innovation in the past five decades, they get little credit for their achievements, and their budgets are being flatlined or cut. US high-tech firms are not making up the deficit as they are reluctant to fund basic research but rather are focused primarily on incremental product improvement for near-term payoff rather than long-term, high-risk S&T investment. To ensure the US does not fail to seize the opportunity of leadership in the Third Industrial Revolution, it will be necessary to both increase and sustain government funding of basic scientific and technology research and to develop long-term public-private partnerships to help capitalize on basic research for innovative product development.

The technologies of the Third Industrial Revolution pose not only opportunities but also challenges and dangers for the United States and other countries. 3DP, for example, has recently attracted attention of the US Congress and the public with reports that people have printed guns and high-capacity magazines for assault weapons. No doubt other worrisome products such as improvised explosive devices (IEDs) will be printable and will make control of lethal items even more difficult.

Robotic drones have already proved highly controversial with their ability to be used as weapons of selective destruction to target terrorists. The US may have developed and first deployed drones for such purposes, but the technology is increasingly cheap and globally available. Not only states but nonstate actors have access to this technology to build and deploy their own drones for lethal attacks and surveillance.

Robotic weapons systems with the ability to autonomously make “kill decisions” are possible and could extend to robotic soldiers. These robots would cross a line that many experts warn would set a dangerous precedent, including use of such systems by nations hostile to the United States. In the digital robotic realm, the “stuxnet” virus, reportedly developed and deployed by the US and Israel to destroy Iranian centrifuges, has already set a precedent for development of other autonomous “kinetic” algorithm weapons that can be deployed to seek out and autonomously make the decision to destroy physical objects.

Hacking of autonomous vehicles from cars to drones could also result in lethal destruction. In addition, 4D printing could enable the creation of objects that could change form and function. Potentially harmless objects could be transformed by an external signal to become lethal or hacked to produce a lethal outcome. Morphable wings on an airplane, for example, could be commanded by a hacker to change shape to destroy the aircraft in flight.

Synthetic biology, while holding huge promise in fields from medicine to construction, poses new dangers as well from the potential for intentional or accidental creation of lethal viruses that could result in millions of deaths. The danger posed by this new technology is compounded by its increasing availability. The cost and ease of developing synthetic organisms have fallen precipitously to enable individuals to create their own viruses in “do-it-yourself” home laboratories. This democratization of the technology will likely speed new discoveries and technologies but also poses new dangers of bioterror or bioerror.

United States also may be in the best position to take the lead in finding global solutions to these challenges and dangers, many of which are being flagged and investigated in the United States. Moreover, scientists, engineers, ethicists, and other experts as well as government officials are reaching out to engage the global community to identify the dangers and develop appropriate countermeasures.