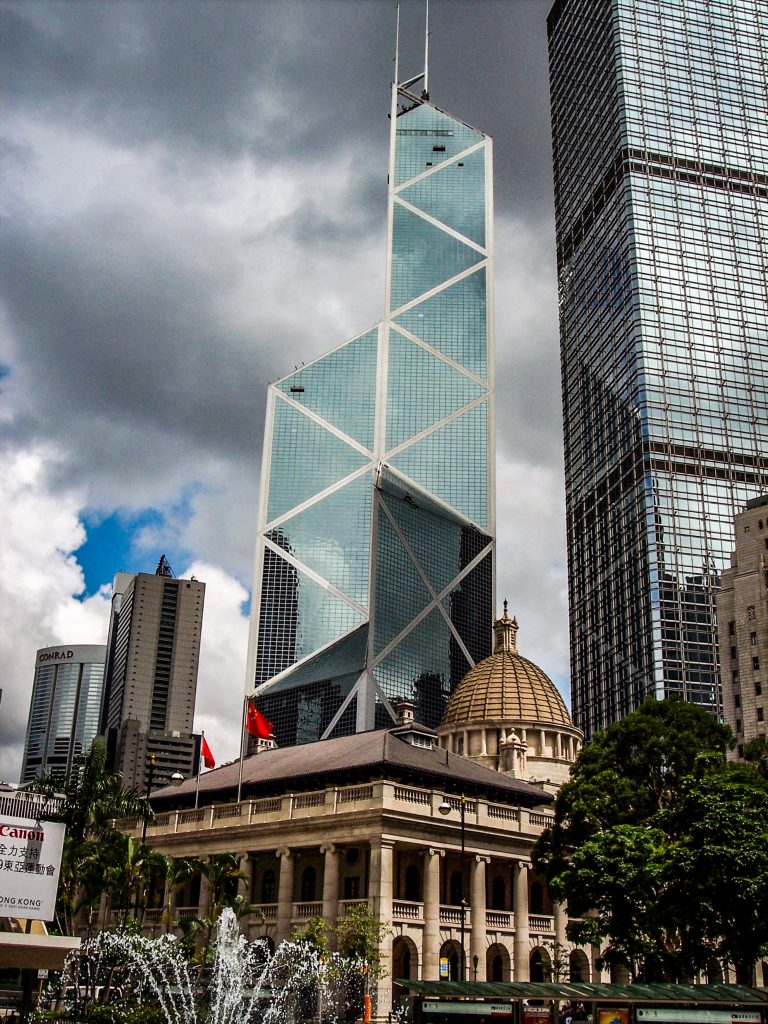 For years, the international activities of Chinese policy banks such as the Asian Infrastructure Investment Bank (AIIB) have caught the eye of many observers. However, China’s “big four” state banks are also increasingly active across international borders. Although they remain focused on supporting domestic Chinese growth and consumption for now, the potential for Chinese state banks to gain international stature should not be underestimated. Notwithstanding the opaque nature of global Chinese banking and finance, it is clear that Chinese banks are increasingly present in international lending markets. The global expansion of Chinese finance may be a normal function of the country’s growing economic footprint, but Chinese state banks could also seriously challenge the primacy of Western banks.

From a long-term security perspective, considering changes in the global banking landscape is essential. Historically, the shifting of finance centers from Venice, to Florence, to Genoa, Amsterdam, London, and New York was intertwined with geopolitics and war. The geopolitical declines of these great powers were sealed when their trusted financiers were taken over by new financial players with conflicting allegiances. Governments depended on bankers: bureaucracies, diplomacy, and wars ground to a halt when they lost their credit. Inversely, financiers depended on governments to protect and promote their international investments, sometimes with military force.

The rise of Chinese banks and the Chinese ambition to make Shanghai a key financial center should be seen in this long historical context — they may be both a symptom and a driver of China’s increasing geopolitical and economic clout. The issue clearly goes beyond “debt trap” diplomacy or financial sanctions. If Chinese financial players become key arbiters in international finance, global capital markets would increasingly depend on the decisions of Chinese regulators and, by extension, the Chinese Communist Party.

However, the rise of Chinese banks is not predetermined. In the 1980s, many expected Japanese banks to become globally dominant, but that did not play out. Likewise, there are many challenges that could prevent Chinese banks from becoming globally dominant. It is unclear how the crackdown on Hong Kong will play out, whether Chinese banks will have to raise capital abroad, and whether they will have to rely on US dollar financing to further their expansion. Ultimately, the question of whether Chinese banks can become more attractive than their Western counterparts remains. Lastly, a deterioration in US-China relations accompanied by mutual financial sanctions and military tensions could also hamper the global rise of Chinese finance.

Nevertheless, the potential geopolitical implications of the global rise of Chinese state banks should be discussed to prevent strategic surprise. Few expected that when Motorola’s takeover of Huawei failed in 2003, that Huawei would emerge at the center of a geopolitical storm only fifteen years later. Just as Western security officials do not trust information flows within Huawei’s 5G technology, Western security officials might also grow concerned about the increasingly important role of Chinese banks in the financial system.

Some speak of the emergence of a Financial Silk Road, akin to the Digital Silk Road in which Huawei’s 5G technology was set to play such a central role. It is time to start thinking about a scenario in which key companies turn to Chinese banks not only for loans, but also for debt placements, mergers and acquisitions (M&A) advice, and initial public offerings (IPOs), both in Chinese and non-Chinese markets. With Western banks only just beginning to expand their presence in the Chinese market, these concerns may seem premature. However, the tables can turn quickly.

China’s “Big Four” state commercial banks — Bank of China, Industrial and Commercial Bank of China (ICBC), China Construction Bank, and Agricultural Bank of China — have established a rapidly growing position as lenders in emerging markets and developing economies (EMDEs). According to available data from 2020, in 63 EMDE countries, Chinese commercial banks are the number one lender and control a quarter of the market share of cross border loans. These commercial banks complement the international business of Chinese state policy banks, like the China Development Bank and the Chinese Export-Import Bank, which provide loans for lower yielding infrastructure projects. However, considering China’s state banks’ unreported and off-balance sheet activities, these official numbers may not account for fifty percent of Chinese cross-border lending.

Of course, no one knows whether the international expansion of Chinese banks can or will continue. To the extent that the rise of Chinese banking is tied up with Chinese domestic economic growth, some may argue that Chinese growth cannot last, though others contend that China will overcome internal economic difficulties.

To prepare for changing times, Western policy makers will have to consider the possibility that Chinese banks will continue their international expansion. Like the Chinese state banks today, Chinese businesses often began by expanding in emerging economies before they penetrated advanced economies in Europe and North America.

Finance is different than the manufacturing, trade, and information technology, sectors in which China already has a leading position. In many regards the Chinese financial system and Chinese banks lack the sophistication of their American and European counterparts. However, this means that if Chinese banks continue their transformation, they will become even more formidable competitors. Western financial institutions have already helped Chinese banks modernize over the last decades. Chinese policy decisions further liberalized capital controls. Beijing’s desire to establish Chinese digital payments systems could further boost Chinese banks’ global presence.

At the same time, Western banks, especially European ones, are struggling to function in their home markets. The global financial and Eurozone crises, very low interest rates, anti-money laundering expenses, regulatory demands, and lagging economic growth have dented European banks’ competitiveness for over a decade.

Continued international growth of Chinese banks would facilitate dominance over their Western counterparts. This shifting dynamic would change the structure of the international financial system and potentially negatively affect Western national security. Over the centuries, shifts of financial centers were tied to changing geopolitical dynamics. Considering the strategic competition with China, Western policy makers must decide if accommodating the rise of Chinese finance is in their national security interest.