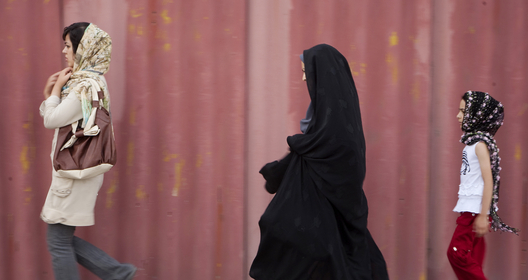 Iranian women walk along a street in Tabriz (Reuters)

In early June, Iran’s Supreme Court upheld a law deciding that blood money—compensation paid to relatives for the death or injury of a family member—would be equal between men and women and no longer would a woman’s compensation be worth half of a man’s. According to this law, a fund for physical damages will make up the difference in all incidents, not just those involving car accidents.

The law was structured so as not to contradict Sharia law, which is the basis of the distinction between men and women, but it does effectively circumvent Sharia. Under Sharia law, a woman’s dieh or blood money is declared to be half of that of a man’s. Mandating the fund to provide the other half is a positive step toward equality for women’s rights in Iran and ending discrimination based on gender.

This call for equality of dieh has been raised and argued in Iran’s parliament for more than a decade. In 2008, the Iranian Judiciary ruled that blood money would be equal but only in the case of car accidents. The ruling read: “Iranian women who suffer injury or death in a car accident will be entitled to the same insurance company compensation as men under legislation passed by parliament.”

The law did not address other deaths—through murder for example—or injury from other causes. The reasoning was that, “Since a person’s agreement with an insurance company has contractual basis and both sexes pay equal premiums, the compensation should also be equal and the law is not in contravention of the Sharia.” Thus, prior to this, the Fund for the Provision of Physical Damages—which is a government-affiliated but a legally independent insurance company—made up the difference for women only in car accidents.

However, public pressure has been building for equality of compensation in all incidents. Rights advocates have pointed to cases such as fires and to a spate of crimes in which women have had acid thrown in their faces.

During one incident in the village of Shin Abad in western Iran in 2012, a fire broke out due to a faulty heater. Twenty-eight female students were severely burned and two lost their lives. According to the law then, compensation for those who had severe injuries or died was half the amount payable for men. Eighteen students’ families agreed to accept the limited compensation while others resisted. After a massive legal campaign, the families that held out were successful and their insurance companies agreed to pay the difference.

Another case that raised controversy was that of Negar Ghorbani, an undergraduate majoring in graphic design, who had gone to Eram Amusement Park near Tehran in 2014 with two of her friends. There Ghorbani fell off a ride and became paralyzed. Her family received half the compensation that would have been provided to a man.

Reaching the decision to extend equal compensation to women in all cases of bodily harm or death was not easy given resistance from traditional clerics who interpreted the action as undermining Sharia law. Grand Ayatollah Jafar Sobhani, a lecturer and member of the Qom Seminary, criticized parliament for even debating a law to equalize the amount of blood money paid to male and female victims and their families. He stated at a religious ceremony in Qom on March 7: “Parliament has no right to debate the question of equating male and female dieh.” Yet those activists and MPs advocating the law since 2009 finally managed to pass it. The Guardian Council, which vets laws so they do not contravene Islam, and the Supreme Court both upheld it despite opposition from a number of top clerics.

The activists and lawyers who supported equality between men and women regarding blood money argued that it does not go against Sharia law. Peyman Haj Mahmoud Attar, a legal expert who campaigned for passing the law, said that when Islam was revealed 1,400 years ago authorities merely maintained tribal laws that were practiced prior to Islam. Blood money was one of them.

Other explanations noted that men were regarded in previous times as breadwinners who had to provide for an entire household, but women now often serve as single heads of households or make more money than their husbands. Women’s rights activists who advocate for equality argue that the role women play in Iranian society these days is not at all comparable to 1,400 years ago. Hence, without rejecting Sharia law, rights activists have found ways to get around it to obtain equal rights with men.

This strategy applied in equalizing the blood money of a man and a woman without challenging Sharia law will open the door for change of other discriminatory laws involving inheritance, child custody and the right to divorce. It is thus a welcome precedent for Iranian women.