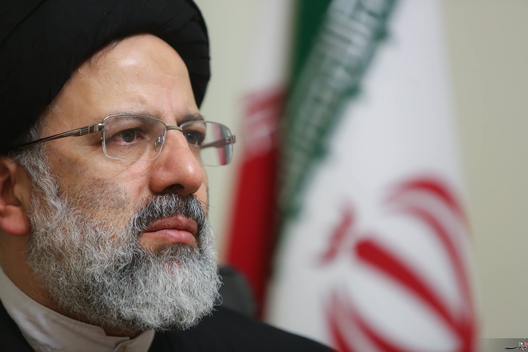 Based on this authority, Iran’s Supreme Leader, Ayatollah Ali Khamenei, appointed Ebrahim Raisi as the new chief justice on March 7.

However, the non-judicial parts of his resume are also eye-catching and suggest that his elevation to head of the judiciary may be a prelude to ultimate authority in the Islamic Republic of Iran.

Since 1997, Raisi has been a member of the central council of the Society of Combatant Clergy, Iran’s leading conservative clerical association. Since 2007, he has been a member of the Assembly of Experts, the clerical body charged with supervising and choosing the successor to the Supreme Leader. Raisi is also a member of the Expediency Discernment Assembly, which resolves conflicts among government branches, and was the runner-up in the 2017 presidential elections, receiving 15.8 million or 38 percent of the votes.

As if that were not enough to put him in the top ranks of the regime’s elite, Raisi was appointed by Khamenei to be guardian of the vast economic conglomerate affiliated with Iran’s holiest shrine, the Imam Reza Shrine in Mashhad, in 2016. On top of this, Raisi is the son-in-law of Ahmad Alamolhoda, the archconservative ayatollah who as the Friday prayer leader of Mashhad and the supreme leader’s representative in Khorasan Razavi province has been the most vocal clerical critic of President Hassan Rouhani’s administration.

While Raisi meets the expertise benchmark to be chief justice, it is the “just and honorable” criteria of the job that many Iranians find inapt in his case. The reason is what he did in 1988 as Iran’s deputy prosecutor-general. In that year, at the end of the Iran-Iraq War, then Supreme Leader Ayatollah Ruhollah Khomeini appointed the then 28-year-old Raisi to a four-member special committee that acquired the nickname the “death committee” for ordering the extrajudicial execution of an estimated 5,000 political prisoners.

Ayatollah Hossein Ali Montazeri, who at the time was the designated successor to Khomeini, told Raisi and the other members of the “death committee” that they were responsible for the “most horrible crime committed in the history of the Islamic Republic of Iran… and that in the future history will refer to them as murderers.” In part because of his objection to the executions, Montazeri lost out to Khamenei as the successor to Khomeini.

Nonetheless, Raisi rose through the ranks. His sponsor was none other than Khamenei, a fellow cleric from Khorasan Razavi, who after Khomeini’s death in 1989 ascended to the top post in Iran and whose patronage has facilitated Raisi’s meteoric rise.

Since the official post of “chief justice” was created in 1989, the three clerics who have occupied the post—Mohammad Yazdi, Mahmoud Hashemi Shahroudi, and Sadeq Larijani—have all served two consecutive five-year terms. However, Raisi, the only one of the four with actual judicial experience before becoming chief justice, may not have a tenure as long as his predecessors.

With Khamenei about to turn eighty, the race is on to choose his successor and Raisi is a viable contender thanks to a number of factors. Like both Khomeini and Khamenei, Raisi is a seyyed or direct descendent of the Prophet Mohammad. He is a former student of Khamenei and remains staunchly loyal to him. He is politically well-connected and acceptable to the Islamic Revolutionary Guards Corps (IRGC) on account of his conservative views. He has undergone both clerical as well as university education, and has a PhD in theology. As guardian, Raisi had access to the vast financial resources of the Imam Reza Shrine Foundation. As the prosecutor-general of the Special Court for the Clergy, he can bring down clerical rivals. He also has ample judicial experience and is a member of the board of directors of an Assembly of Experts commission tasked with finding qualified candidates to be the next supreme leader.

However, Raisi has certain handicaps as well. Given his role in the 1988 executions, he is widely reviled by Iranians for an abhorrent human rights record. He also lacks charisma as was evident in his failed 2017 presidential bid. His current clerical rank of hojatolislam, or proof of Islam, prevents him from presenting himself as a mojtahed: one who exercises ejtehad and is qualified to interpret Islamic law or can be a source of emulation (marja-e taqlid) to devout Shia followers.

This particular liability can be easily remedied, however. Immediately after his appointment to the post of the chief justice, some conservative media outlets started referring to Raisi with the title of “ayatollah” or sign of God. Khamenei himself was only a hojatolislam in 1989 when he was chosen as the supreme leader. Afterwards, he was quickly elevated to ayatollah status.

Despite these handicaps, Raisi seems to have a better chance than other contenders such as Larijani, the man he replaced as chief of the judiciary, President Rouhani, Khamenei’s son, Mojtaba, and Hassan Khomeini, the grandson of Khomeini.

Larijani was born in Iraq and would have to deal with dogged accusations of corruption against him and his family. Rouhani’s political fortunes have taken a nosedive thanks to his inability to address worsening economic conditions after President Donald Trump pulled out of the 2015 Iran nuclear deal. Mojtaba Khamenei has never held any elected or appointed position besides working in the non-transparent office of his father. Public sensitivity to familial succession in a country that overthrew a monarchy could also diminish the chances of Hasan Khomeini.

During the 2017 presidential elections, reformists wasted no effort in warning of the deleterious effects of a win by Raisi. In 2019, however, the reformists have had a largely muted response to the news of his appointment as chief justice. The reason may be that reformists realize which way the political winds are blowing in Iran and are trying to curry favor with a man who may soon be supreme leader. Hedging your bets has never been a bad option in Iran’s chaotic politics.

Mehrzad Boroujerdi is a professor of political science at Syracuse University and co-author of the book, Postrevolutionary Iran: A Political Handbook. Follow him on Twitter: @M_Boroujerdi.