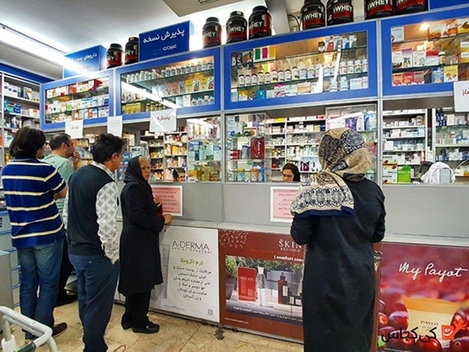 The European Union on January 31 formally announced its long-awaited special purpose vehicle (SPV) for trade with Iran, called the Instrument in Support of Trade Exchanges (INSTEX).

Predictably, the SPV won’t seek to challenge US sanctions by attempting to conduct sanctionable trade with Iran as had been originally floated, and will instead focus on non-sanctionable trade, including humanitarian goods—food, medicine, and medical devices—exempt from US sanctions. It’s clear from the European announcement that there was no real market in the EU, especially from Europe’s financial institutions, to take on the risk of being sanctioned by the United States. But this doesn’t mean that the SPV will be feckless; instead it will serve an important role in conducting the humanitarian trade that US sanctions policy encourages, but harsh US rhetoric and risk-averse international banks make difficult to conduct.

When the Trump administration announced the reimposition of US secondary sanctions on Iran following the pull-out from the Joint Comprehensive Plan of Action (JCPOA), there were calls throughout Europe to establish an SPV mechanism that circumvented US sanctions on Iran. Despite reports that the INSTEX will circumvent sanctions, what the EU just announced is in no way a circumvention mechanism. Instead, it will facilitate trade that is specifically exempt from US primary and secondary sanctions.

A European trade mechanism beyond the reach of US sanctions simply wouldn’t have worked. The idea that had been floated—a direct link between Iranian banks and a fund backed by European central banks—may have theoretically been able to conduct sanctionable trade without incurring the full wrath of a US Treasury reluctant to impose sanctions on major European central banks. But that theory didn’t account for the vulnerability of European companies and their own commercial banks that wouldn’t necessarily have had the same level of insulation as the central banks.

The only way to conduct sanctionable trade with Iran would have been if the EU companies involved, and their banks, decided they needed to do no business with the United States or in the US dollar. That’s not a realistic outcome given the interconnectedness of the US and EU economies, and it’s not surprising that there was no market for establishing that type of mechanism. Instead, INSTEX more closely resembles the “humanitarian channel” that the US government established during the Iran negotiations—known as the Joint Plan of Action (JPOA) period—to facilitate humanitarian trade that was already exempt from US and EU sanctions.

What the EU announced is a state-owned trade mechanism co-owned by France, Germany, and United Kingdom that is registered in France and will reportedly serve as a sort of clearing house where EU companies can conduct trade in humanitarian goods with Iran. It’s slated to become operational in the next several months, and the three co-owners reportedly expect that other countries will join INSTEX later on. The symbolism of INSTEX being registered in France and co-owned by the three major European powers is significant in giving comfort to would-be exporters to Iran that they will not face US sanctions for conducting this humanitarian-style trade.

This more narrowly scoped SPV can still achieve a great deal of good to facilitate trade that will not draw sanctions from the United States. Food, medicine, and medical devices were specifically exempted from US jurisdictional sanctions regimes under the Trade Sanctions Reform and Export Enhancement Act of 2000(TSRA) in part due to withering criticism that the United States faced in the 1990s over the embargo on Saddam Hussein’s Iraq that harmed ordinary Iraqis who were unable to get enough food and medicine. Exporting these “TSRA goods,” as they’re known in the sanctions practitioner world, to sanctioned jurisdictions like Iran is a very clearly stated US policy, and it is good policy.

While the exports to Iran of TSRA goods is authorized, and in some ways encouraged, in practical terms, they can be challenging. The overlapping mosaic of Iran sanctions legislation and executive orders creates a payment mechanism for authorized exports that is hideously complicated and impedes the delivery of TSRA goods, as well as other authorized trade. Compounding this practical difficulty is the fact that many of the largest European banks are, or have recently been, subject to significant US enforcement action for sanctions and money laundering violations related to Iran. The normal operators of international financial channels in the EU are therefore generally unwilling to serve as conduits for Iran-related trade, even that which is exempt from sanctions.

This was the backdrop for establishing the humanitarian channel in the JPOA in 2013, a channel specifically blessed by the Treasury’s Office of Foreign Assets Control (OFAC) to address concerns over the lack of trade in those TSRA goods in the run-up to the start of negotiations over Iran’s nuclear program. That channel was discontinued after the conclusion of the JCPOA and the lifting of US sanctions in January 2016. Not surprisingly, once the Trump administration announced the US withdrawal from the JCPOA, trade in these TSRA goods began to dry up again.

INSTEX therefore has an important role to serve in reviving this critical trade that doesn’t have other apparent avenues to continue. The Trump administration is reportedly seeking additional details about INSTEX. Assuming the US finds nothing objectionable about INSTEX, the Trump administration would be well served blessing INSTEX as a crucial method to facilitate trade that is in US foreign policy interests. Beyond the delivery of vital goods for ordinary Iranians, the US still needs EU cooperation to tackle Iran’s non-nuclear misadventures. The US is also better off keeping Iran compliant with the nuclear deal despite the US withdrawal, and INSTEX is one of the few ways to deliver benefit to Iran without falling afoul of US secondary sanctions.

Image: Iranian customers waiting in line at a pharmacy (IRNA)