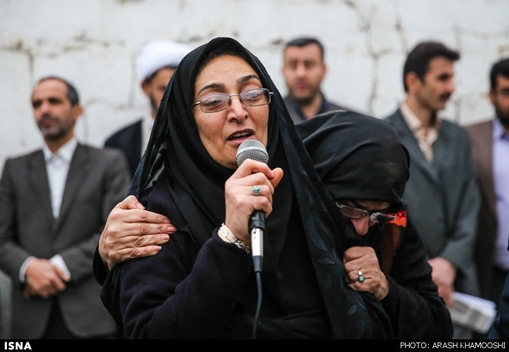 With 253 executions in 2018—including six people executed for offenses they allegedly committed as children—Iran is still among the world’s leading executioners, according to Amnesty International’s recent annual report on global trends in executions. Yet executions in Iran dropped by half last year, from 507 in 2017.The significant reduction is mostly attributable to the reform of Iran’s draconian drug law that went into force in late 2017. The long-awaited amendment had originally sought to outlaw executions for all nonviolent drug offenses. After legislative battles, the final version did not go so far, but it substantially raised the amount of drugs the suspect was found to possess for a mandatory death penalty. Since January 2018, the Iranian judiciary has largely halted executions for drug offenses as they review the cases of 15,000 convicts on death row.

The change in the law comes after almost a decade of advocacy on the ground and pressure from international human rights bodies. But there is also a parallel movement inside Iran largely outside traditional human rights work—led by charities and celebrities as well as some judiciary officials—that appears to be changing Iranian views about the death penalty.

Before the drug-law amendment, the majority of executions were for drug related offenses. With the new law in force, it appears that the majority of those executed in 2018 had been convicted of intentional murder under the qisas principle, an Islamic principle that translates as retribution in kind. Under the qisas principle, the victim’s heirs can seek the death penalty, or instead forgive and request “blood money,” in which case the judge can sentence the accused to up to ten years in prison.

Over the years in Iranian civil society’s fight against the death penalty, activists have tried to convince the families of the victims to forgive as a means of last resort. Over the past decade, these efforts have increased, leading to at least 200 cases of forgiveness each year for the past four years. In 2018, Iran Human Rights, a nongovernmental group based in Norway, reported an increase in the movement to encourage families to forgive, recording 272 such cases—almost the same as the number of recorded executions. The real number of cases in which the families forgive is most likely higher.

Judicial officials also encourage forgiving, but the heart of the movement has been activists, charity workers and journalists. Groups such as Imam Ali Society and other associations that support prisoners—as well as independent activists—have worked across the country to mediate between families of victims and the accused in informal settings to convince the victims’ heirs to forego executions. In return, families often ask for blood money. The official government rate for blood money for an adult male is around $55,000 (USD), but families can ask for whatever amount they want.

Many of the accused’s families cannot afford those payments—GDP per capita was just $5,600 in Iran in 2017—and charity workers and activists often join forces with celebrities such as actors and soccer players to raise the funds. Every year, activists organize fund-raising events in which celebrities—and in exceptional cases, government officials—participate.

Shahindokht Molaverdi, the former vice president for women and family affairs, participated in some of the fund-raising efforts when she was in office. In December, Asghar Farhadi—the Iranian film director and two-time Oscar winner—along with Rakhshan Bani Etemad—another respected film director—organized a screening to raise funds for two people on death row for crimes they allegedly committed as children.

Iranian journalists have also made a difference by reporting on the irreversible harm executions cause to families, particularly in the case of juvenile offenders. Newspapers have also featured interviews with families who have chosen not to ask for the death penalty, expressing their peace with their decision.

Many efforts have been focused on child offenders and women who are accused of killing their husbands. They have not saved everyone. At least 180 people were executed for murder in 2018 and Amnesty International estimates that 90 people are on death row in Iran for crimes they committed as children.

International law restricts the imposition of the death penalty—in countries that choose to retain it—for the most serious crimes such as murder and completely bans it for crimes committed by children. Human Rights Watch and many other groups, as well as the European Union, oppose the death penalty because it is inherently cruel and irreversible. In this framework, requiring families to forgive is not a sufficient or real alternative to abolishing the death penalty.

Rights should not depend on public opinion, but today Iranian society is more informed about the irreversible harm of executions, particularly with regard to children, thanks to the work of activists. The movement is saving lives and playing an important role in changing public opinion about executions in Iran. The government may not abolish the death penalty tomorrow, but it should heed the activists’ calls and take the next step toward that goal today, by categorically imposing a moratorium on executing people for crimes they allegedly committed as children.