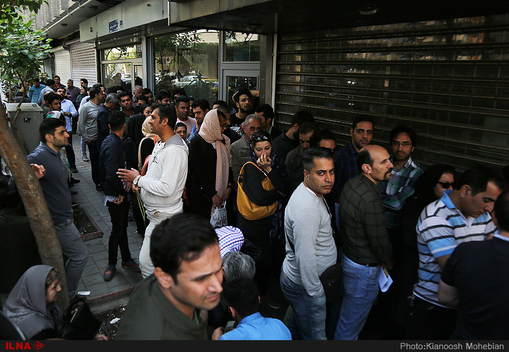 One of the criticisms of Iran analysts usually thrown around on social media is that they haven’t lived in the country, visited it for a long time or speak the language.

While not as well-known as some analysts, this author speaks the language, lived in Iran for twenty-eight years until two years ago and recently visited the country for forty days—fortunately without any problems entering or leaving. The purpose of this piece is to share what I saw and heard, with one disclaimer: these are my personal observations and when I refer to “Iranians,” I mean the people I talked and interacted with, not the entire 80 million population.

Since the US quit the Iran nuclear deal last year, there have been constant fluctations in the value of the Iranian rial versus the dollar and a sharp increase in prices. There have been many numbers thrown around regarding point-to-point or yearly inflation, but they are not always the reality that people face on the streets. Based on my observations, pretty much everything has doubled or tripled since two years ago, while salaries have risen only 20 to 25 percent. Consumption is way down and people are just buying the necessities. Closed shops are a frequent sight on streets and in shopping malls.

Essentially what has happened is that the country’s middle class is becoming poorer and poorer, and those who were below the poverty line are sinking lower. The revolutionary slogan, enqelab mustazafin, or the revolution of the downtrodden and poor, has turned out to mean that everyone should become poor and not rise to the middle class.

With the economic crash, the morale of the Iranian people has sunk as well. Due to rising prices and a weak rial, Iranians who did not convert their money into gold or US dollars have lost their life savings and are left with few options. A friend who had saved around 50 million tomans—at that time around $12,500 but now worth only $4,200—to buy a Peugeot 207 with an automatic transmission and was 5 million tomans short in August 2018. That same person is now 55 million tomans short to buy the same automobile because the price of cars jumped at the same time the value of the currency has sunk. Two years ago, 13 million tomans would buy a second-hand car; now that’s the price of an iPhone.

Security has been another victim of the economic crisis. Official statistics are hard to come by and aren’t always true, but there appear to be many more thefts and burglaries than in the past. It has gotten so bad that friends recommended that I not flaunt my cell phone in public, carry gold or wear rings because the chance of getting robbed is pretty high. This sense of insecurity is another factor causing people’s low morale and sense of hopelessness.

Unfortunately the government hasn’t been doing much to improve the situation. As someone who tried to gather votes for President Hassan Rouhani, I, and many of his other supporters are very disappointed at his performance. Essentially, Rouhani has been acting lately like an opposition leader making promises in lectures and talks as though he hadn’t been elected twice as president and is still a candidate for that office. His staff hasn’t been doing very well on the public relations front either, with people like Mohammad Bagher Nobakht, a top adviser to the president, grating on Iranians’ nerves by just talking on national television.

Many of the people I talked to blame Rouhani for the currency crash believing it was done to improve government finances after he was forced to bail out the Samen al-Hojaj financial institution—one of many such outfits that are essentially Ponzi schemes. Rouhani and his minister of industry have also shown themselves incapable of dealing with rising car prices; manufacturers, profiting from protectionist rules, have been regularly increasing their prices irrespective of the value of the rial and even selling products on the black market.

Concerns are rising that Iranians are so unhappy with Rouhani’s performance that they will not turn out to vote in the upcoming parliamentary and presidential elections in 2020 and 2021, respectively. If that happens, it will be easier for more hardline candidates to win such as the 2005 presidential election that led to the presidency of Mahmoud Ahmadinejad.

To summarize, the situation inside Iran is very tense and dangerous. Embezzlement, fraud, corruption, government mismanagement, economic pressures and ham-handed attempts at censorship by religious authorities are building popular pressure and resentment in a way I have not seen before. If nothing changes, I am frightened for the future of my country. Admittedly, I gave similar warnings around a year ago during an outburst of popular protests, but the situation has only gotten worse. I hope this time, the system realizes the depth of the crisis and reforms the way Iran is run to give people more freedom, fight corruption and improve management.

Sirous Amerian is a PhD Candidate at the Centre for Defence and Security Studies, Massey University in New Zealand. He received his MA in Indian Studies from the University of Tehran. While in Iran, he worked as a policy analyst for the Institute of Iran Eurasian Studies (IRAS). Follow him on Twitter: @AmerianS.

Image: Iranians line up at a currency exchange (ILNA)