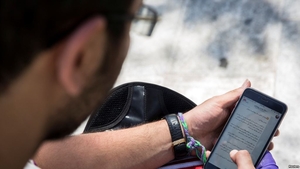 The latest protests that shook Iran seemingly came out of nowhere. What surprised many is that the some 40,000 protesters didn’t come from the perennially disgruntled middle class but were Iranians who hadn’t taken to the streets en masse since the 1979 Islamic Revolution. They had—and have—very real grievances about the economy, rampant corruption and with the nature of the Islamic Republic itself.

The last time Iran experienced a major social upheaval was in 2009. After incumbent hardliner Mahmoud Ahmadinejad was declared the winner in presidential elections, millions of Iranians took to the streets to protest fraud. Their initial demands were simple: that their ballots be recounted and the reformist candidate be declared president. As a brutal crackdown ensued with thousands arrested and more than 30 killed, the so-called Green Movement protests morphed into a movement for greater civil liberties.

The Green Movement—which continues to live on—wasn’t part of this latest round of demonstrations that commenced on Dec. 28 in the holy city of Mashhad, Iran’s second largest city. Whereas the capital Tehran was ground zero for the 2009 protests and a prior student uprising in 1999, the latest demonstrations spread to more than 80 cities and provincial towns—some so obscure that many Iranians claimed not to have heard of them. This does not discount the fact some Tehranis also took to the streets. Videos emerged from various parts of southern Tehran, and even the beating heart of the reformist movement—universities such as Tehran University—where a reported 58 students were arrested. This was a testament to the fact that these new protests emanated from a class of Iranians few often hear from: the working class. For years they had been marginalized because of their ethnic and religious backgrounds, impacted by climate change, and had not felt the expected trickling down effect of sanctions relief from the 2015 nuclear deal that many in Tehran had felt at least emotionally.

Similarly, of the reported 3,700 arrested in these recent protests, Iranian officials said that about 90 percent were under the age of 25, meaning that they were too young to have participated in the Green Movement. Also absent from these protests were chants in support of reformist leaders—Mir Hossein Mousavi, his wife Zahra Rahnavard, and Mehdi Karroubi—all of whom have been under house arrest since 2011. Indeed, this latest round of protests did not have central leadership for the Iranian government to blame, which is why the protests became known on social media with hashtag #تظاهرات_سراسرى or Persian for “protests everywhere.” However, the protestors did chant marg bar diktator, or “death to the dictator,” a slogan that was popularized in 2009 against Supreme Leader Ayatollah Ali Khamenei. And just like in 2009, the Iranian government didn’t shy away from blaming foreign agents for fomenting the unrest.

While many in the West likened 2009 to a Twitter or Facebook “revolution,” the role of social media was greatly exaggerated as Iranians relied on traditional means for galvanizing protests, especially word-of-mouth, to get people out onto the streets. According to the World Bank, fewer than 14 percent of Iranians were connected to the Internet in 2009. That number has nearly quadrupled, with more than 47 million active social media users—over half of Iran’s 80 million population—who heavily use the messaging app Telegram and the photo-sharing app Instagram. Today, Iranians use Telegram for everything from telling jokes to buying goods, and even the Iranian government uses it to share official statements. Parliamentary and presidential candidates often use the app as part of their campaigns.

The Iranian government has censored social media—such as Facebook, Twitter, and YouTube— for years, yet the majority of Iranians use circumvention tools to get online. Uniquely Telegram and Instagram have not been censored, except for the occasional shutting down of Telegram channels and arresting of its administrators. With this new wave of protests, the Iranian government sought to quell the sharing of information and blocked Telegram—hurting over 9,000 online businesses that heavily depended on the app for advertisement and orders. (It blocked Instagram too, but unblocked it on Jan. 9.)

Western-based analysts and media also relied on social media such as Telegram to get footage and information about what was happening on the ground. This became problematic in some cases because fake news emerged, and several mistakenly called the recent protests a women’s rights movement and even made a woman its face, after a video emerged of a brave individual [HD2] in Tehran without her headscarf the day before the protests began. The image brought to mind the story of Neda Soltani, a university professor whose name and appearance were strikingly similar to Neda Agha-Soltan—a protester who was shot and killed in 2009 — and inadvertently and temporarily became the face of the movement.

The anger and frustration expressed recently isn’t likely to dissipate as the very legitimate grievances remain. The 2009 civil liberties movement remains as well below the surface. Meanwhile the inequality gap continues to grow. As long as meaningful reforms aren’t made, protests like this past week’s and 2009 will likely recur in the future.

Holly Dagres is an Iranian-American analyst on Middle East affairs. She is also the curator of the weekly newsletter, The Iranist. On Twitter: @hdagres

Image: A man using his smartphone in Tehran, Iran.