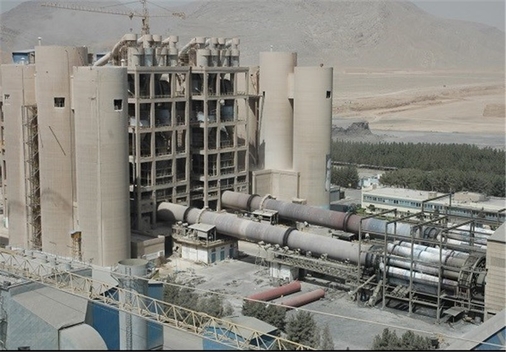 With four new ministers in President Hassan Rouhani’s cabinet to help salvage the Iranian economy, it’s too soon to see the genuine impact just yet. But what is evident is that the new economic measures, if any, should focus on improving the ease of doing business in the wake of reimposed US sanctions.

Having that been said, the industry sector appears to bear the highest potential for raising economic output compared to other sectors following a downward trajectory.

Economic activities in Iran are divided into four categories: agriculture, oil, services, and industry and mining. The agriculture sector cannot be viewed as a driver of sustainable growth and job creation in Iran due to the severe impact of long-term climatic conditions and a seasonal boom-bust pattern. Similarly, the gas and oil sector is not facing a clear future due to sanctions and the sector’s capital-intensive nature. Furthermore, the expansion of the services sector in oil producing or developing countries largely hangs on the development of middlemen activities related to the massive import of consumer goods or raw materials exports. Unlike previous periods, this sector is expected to suffer dramatically. The record devaluation of Iran’s national currency, the rial, combined with sanctions are slated to further undermine its value.

Thus, it appears the Rouhani administration has been left with no other option but to strengthen Iran’s industry and mining sector to push economic growth as well as reduce rising inflation and unemployment rates. However, reports by the Central Bank of Iran (CBI) and Statistics Center of Iran reveal the sector has been treading in the negative during the first half of the current Iranian year, which commenced on March 21.

In terms of political and economic shocks, the industry sector is the most vulnerable thanks to its direct correlation to value added and gross domestic product. The sector’s average growth decline alongside its incessant volatility over the past decade derives from the fall in fixed capital formation and investment. The production index of large industrial workshops indicates that 70 percent of the sector’s value added belongs to the production of basic metals, auto manufacturing and food industries in the first quarter of the current Iranian year. This performance is highly unlikely to be repeated in the second half due to sanctions.

In the same vein, the hasty and imprudent foreign exchange (Forex) decisions of President Rouhani’s government to unify rates at the beginning of the new Iranian calendar year was another key factor undermining the economy. The end result of such ill-advised macro-economic measures was the rebirth of multi-tier currency rates coming back once more in full force to keep the Iranian rial afloat, which has lost 70 percent of its value since April.

The huge fluctuations of foreign currency ultimately urged CBI officials to get off their high horse and introduce a secondary market to ease the Forex trades, to the detriment of businessmen. The rial, pegged to the US dollar, was at unaffordable rates for economic players to pay for the purchase of imported raw materials since the rate is set at more than a two-fold spike for the current Iranian year budget. This measure was taken after NIMA (Integrated System for Hard Currency Transactions) failed to provide hard currency for all sectors of the economy as initially promised by Rouhani’s government. Now, NIMA is solely allocated to import essential goods.

That being said, a spike in the US dollar and other currencies has led to an increase in the cost of equipment and machinery as well. In turn, depreciation cost and total manufacturing costs have gone through the roof. This will gradually give rise to a more fragile labor market with more layoffs and unemployment.

Add to this the working capital shortcomings of businesses at a time when a credit squeeze is hindering banks to finance Iranian entities. This has forced some manufacturing companies to close down due to their inability to supply their inventories in light of the rial’s unprecedented depreciations.

The shortage of goods—such as medicine—in the market will be expected in the aftermath of Forex inflated prices. This will, inevitably, culminate a new wave of price jumps for both the producer and consumer in near future.

Growing inflationary expectations and lack of trust in the Iranian government’s decisions have pushed business owners to stop selling inventories in their warehouses. To remove supply shortages and maintain permanent normal trade relations with foreign countries, elimination of money transfers is of utmost significance for Iran.

Last but not least, prices of different items—such as utilities, food and beverages, and transportation—have gone up ranging from 13 percent to 165 percent,with a consumer price index standing at 16 percent. As a result, Iranian consumers have lost, to a large degree, their purchasing power to buy basic household goods. This will damage the demand side of the economy in the coming months.

Per the International Monetary Fund’s (IMF) report, the odds are high that the Iranian economy might enter into a recession as supply and demand are brutally impacted by both Forex policies and sanctions. The Iranian government might be able to supply essential goods and medicines in the short term—perhaps at reasonable prices—but it will be very difficult to do the same for all goods, particularly now that the sanctions are indefinite for the time being.

To ease the inflationary effects of the liberalization of the rial on the poorer parts of society, it is imperative that the subsidy system be revised and improved. It should be conducted in terms of increasing subsidies for low wage earners and private sector cash-stricken enterprises to assist them in purchasing raw materials, spare parts, equipment and machinery. To attain this, the Iranian government should start reforming energy prices, use revenues from Forex translations, and expand the tax base to maintain economic growth and the employment rate.

Should the Iranian government turn its back on business entities, there will be perilous consequences for the economy—with the recession happening sooner than predicted by the IMF.

Navid Kalhor is Iran financial markets analyst. He has worked in the Iran Mercantile Exchange and the Tehran Stock Exchange as floor trader. He is a contributor to Al-Monitor. Follow him on Twitter:@navid_kalhor.