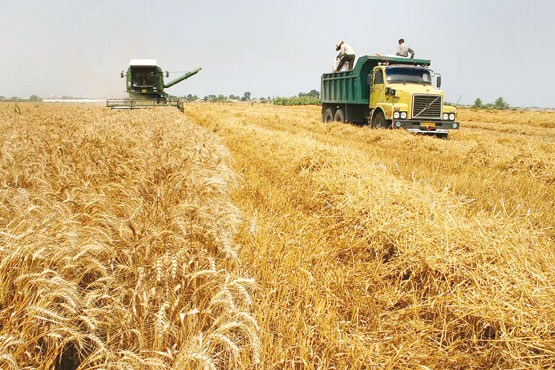 Modern Iran has been shaped by a long history of chronic food insecurity. In 1917-1918, during World War I, drought ravaged harvests while occupying British, Ottoman, and Russian troops requisitioned much of remaining food supplies. By some accounts, nearly half the nation’s population may have perished in the resulting famine.Again in 1942-1943, in the midst of World War II, as wartime cereal, meat and vegetable production fell, Anglo-Soviet occupation forces confiscated large quantities of Iranian food; commandeered the road and rail systems, in turn crippling food distribution networks; and took control of Iran’s foreign trade, prioritizing aid shipments to the Soviet Union over importing foodstuffs. Food prices soared 555 percent from pre-war levels. Bread riots flared across the country, ultimately precipitating the fall of Iranian Prime Minister Ahmad Qavam’s government.

In addition to direct supports to output, Iran subsidizes agricultural inputs such as water, energy, and fertilizers. The Ministry of Agriculture distributes irrigation water to farmers at prices far below the cost of provision, with fees set between 0.25-3 percent of the value of the cultivated crop. Tehran likewise heavily subsidizes electricity and fuel. Consequently, farmers pay less than 2 percent of the actual cost of power for pumping water from source to field.

By these strategies, Iran has in fact enhanced food production and consumption alike. Yet increased production has not kept pace with a growing population and mounting demand. Wheat, for example, represents the country’s main staple and largest crop, and bread made from wheat the principal source of calories. From 1979 to 2016, wheat harvests more than doubled, rising from about 6,000 metric tonnes (mt) to nearly 15,000. Even so, wheat consumption climbed from some 7,000 to 18,000 mt over the same period. Consequently, the Islamic Republic continues to depend on imports for critical food supplies. From 2011 to 2015, imports accounted for an average 23 percent of wheat consumption, 52 percent of rice, and 71 percent of corn. All told, imports supplied 36.6 percent of Iran’s cereal needs in 2016, according to the UN Food and Agriculture Organization, compared to 18.1 percent in 2005. At the same time, the share of the population facing food inadequacy—a measure of undernourishment compared to dietary needs —has also ticked upwards, from 5.6 percent in 1990-1992, to 8.7 percent in 2011-2013.

Iran’s quixotic quest for food self-sufficiency imposes significant costs on the country. Since the revolution, food subsidies grew from 0.7 percent of GDP in 1973 to 2.8 percent in 2006, prior to initial reforms, a substantial fiscal burden. At the same time, the subsidy regime subverts the economic signals to producers and consumers, skewing farm production and resource allocation. With little incentive to economize, the agricultural sector claims 92 percent of the country’s water withdrawals, compared to a global average of 70 percent. Farm water use is highly wasteful. Thus, buoyed by subsidies and price supports, wheat cultivation—and the consequent water demands—has spread to cover three-fifths of Iran’s arable land, extending through every one of its provinces, without regard for their diverse climatic and agro-ecologic conditions. Irrigation efficiencies hover around 33 percent, with some provinces as low as 15 percent, far beneath global standards. Iranian farmers often apply two to three times more water per hectare of corn, rice, and wheat than the world average.

Such relentless demands are progressively depleting Iran’s renewable freshwater sources. Measured as a ratio of water withdrawals to available supplies, three of the world’s top seven most water stressed river basins—Qom, Harirud, and Helmand—lie in Iran. Groundwater levels, too, are plummeting nationwide. At current rates of exploitation, twelve of Iran’s thirty-one provinces will entirely exhaust their aquifers within the next 50 years. Because many of Iran’s aquifers are naturally brackish, over-irrigation with saline groundwater accumulates salts in the soil, compromising its fertility. One half to three-quarters of Iran’s irrigated lands now exhibit varying degrees of salinity. Average yield losses from salt-affected soils may reach up to 50 percent, with annual economic damages ranging from $1-1.8 billion.

Increasingly, Iran’s agricultural policies sow political as well as hydrological pressures. As competing users contend for scarce resources—“water flows toward power”—policymakers have all too often apportioned benefits to favored constituencies, frequently motivated by political patronage, while shifting negative impacts onto politically weaker communities and the environment. As a result, growing water conflicts pit farmers against municipal consumers, provinces against each other, and Iran against its neighbors. Recent years have witnessed a rising number of demonstrations in communities across the country, some of which have seen fatalities, as protesters clashed with security forces.

Iranian authorities recognize the nation’s challenges. Former Agriculture Minister Issa Kalantari, now Minister of Environment, evokes the prospect that Iran could lose 70 percent of its farmland, while millions could be forced to migrate as the Iranian plateau becomes effectively uninhabitable due to drying rivers and dwindling groundwater. Tehran has taken some steps toward averting this grim scenario.

David Michel is senior research fellow at the Center for Climate and Security.