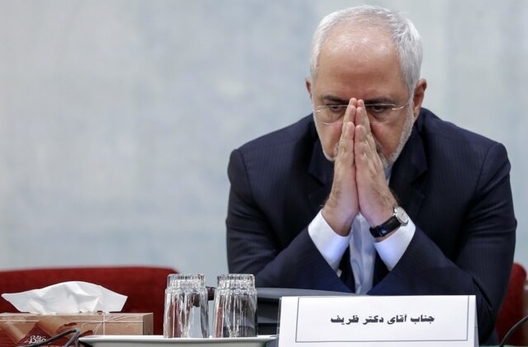 Ever since the Trump administration came to office, it has been applying pressure on Iran without provoking a new proliferation crisis. But the days of Donald Trump having his baklava, so to speak, and eating it too may be drawing to a close.In a series of public and private appearances last week in New York—on the sidelines of a UN preparatory meeting for a 2020 review of the Nuclear Non-Proliferation Treaty (NPT)—Iranian Foreign Minister Javad Zarif made clear that Iran’s patience with the Trump administration and the international community may be coming to an end.

A year ago, the US withdrew unilaterally from the 2015 Joint Comprehensive Plan of Action (JCPOA) and last November, the Trump administration re-imposed sanctions the US had lifted in 2016 in return for curbs on Iran’s nuclear activities. The blow was softened somewhat by six-month waivers granted to Iran’s major oil customers to buy reduced amounts of Iranian crude. But on April 22, Secretary of State Mike Pompeo declared that there would be no new waivers and that Iranian oil exports would go to zero unless Iran agreed to massive changes in its foreign and domestic policies.

The new restrictions go into place on May 2 and it appears that they will at least initially drastically slash Iran’s already reduced exports of about one-to-two million barrels a day to less than half a million barrels, sold through the black market. Iranians, who until now have been complying with their obligations under the JCPOA, are debating whether they should continue in light of the fact that Iran is receiving almost no economic benefits, even from European countries that trumpet their continued political support of the deal.

It is possible that Iran will withdraw from the agreement or begin to bend it, enriching and stockpiling more uranium than allowed, for example, or installing more advanced centrifuges at an enrichment plant at Natanz.

More ominously, Zarif told Iran’s state broadcasting company that Iran might even quit the NPT, which it joined under the Shah as a non-nuclear state. Such a step could be a preliminary to building nuclear weapons.

“The Islamic Republic’s choices are numerous, and the country’s authorities are considering them… and leaving NPT is one of them,” Zarif was quoted as saying.

The only signatory to quit the treaty in its half century of existence is North Korea. It exited the NPT in 2002 to retaliate for the George W. Bush administration’s failure to meet its commitments under the 1994 Agreed Framework signed by President Bill Clinton. Bush administration officials—led by now Trump national security adviser John Bolton—argued that North Korea had cheated by starting a clandestine uranium enrichment program. The Bush administration then stopped providing North Korea with heavy fuel oil as required by the Agreed Framework. Up until then, the North Koreans had not resumed plutonium manufacturing—which had given them the material to make several bombs—while their uranium activity was still in its infancy. As a result of Bush’s decision, however, the North Koreans restarted making plutonium and tested their first nuclear device in 2006. Altogether, they have tested six nuclear devices and also conducted multiple tests of ballistic missiles capable of carrying a nuclear warhead.

Iran has never built or tested a nuclear bomb but carried on research at least until 2003 that could have given it that capability. It cannot have escaped the Islamic Republic’s notice that President Trump has seemed far more eager to engage diplomatically with North Korea—which has nuclear weapons—than Iran, which does not.

Moreover, Trump has praised North Korean leader Kim Jong-un, met with him twice and not demanded any changes in his authoritarian political system while endorsing what amounts to a regime change strategy for Iran. Perhaps if Iran quit the NPT, Iranians must be thinking, they would get more respect from Washington. In addition, the three-month period required between notifying intent to withdraw and actually leaving the NPT might finally incentivize Europeans to come up with a way to trade with Iran despite US sanctions. Europe has yet to operationalize a so-called special payment vehicle that was meant to facilitate such commerce.

Beyond showing impatience with what now looks increasingly like a sucker’s deal to many Iranians, Zarif also warned repeatedly that what he called “the B-team”—Bolton, Israeli Prime Minister Benjamin Netanyahu, Saudi Crown Prince Mohammed bin Salman, and Emirati Crown Prince Mohammed bin Zayed—are trying to provoke an incident between Iran and the US that could lead to another Middle East war.

Taking the extraordinary step of going on Fox News, Trump’s favorite channel and not one sympathetic to Iran, Zarif urged the US president not to allow Iran’s adversaries to “drag” the US into a conflict. “I do not believe President Trump wants to do that,” Zarif said.

It remains to be seen whether Zarif’s performance will yield any results. For now, it is clear that US-Iran relations are at their lowest point in decades without any high-level channels for dialogue. Iran has sent an experienced new ambassador to the United Nations, Majid Takht-Ravanchi, who was one of the chief negotiators of the JCPOA. But the US has yet to send a replacement for Nikki Haley to the UN and Pompeo has shown no interest in talking to Zarif.

Interesting, Takht-Ravanchi has both a bachelor’s and a master’s degree from the University of Kansas, which might help him relate to Pompeo, a former Republican Congressman from Kansas. Zarif has said Iran is willing to talk about a swap of Americans jailed in Iran for Iranians held in the US and abroad at the behest of US authorities.

In general, Zarif said Iran was willing to negotiate with the Trump administration and would not wait for 2020 elections to see whether Trump gets a second term. Iran, he told the Asia Society, is “waiting for the White House to become rational, whether Republican or Democrat.” Coercion will not work, Zarif said, but only strengthen those in Iran who believe that the country should not bow to pressure and that better relations with the United States are not achievable.