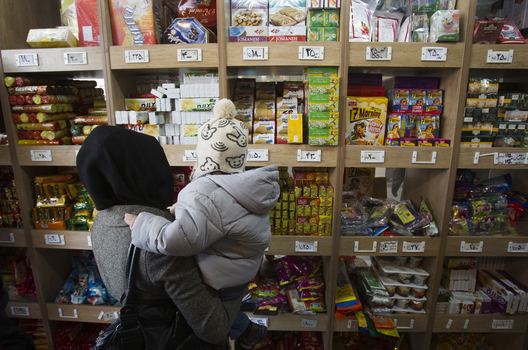 Give US and European officials a simple quiz about the Iranian economy and they will fail to answer fundamental questions. What is the composition of the Iranian economy? Who sets economic policy and who influences policymakers? How do monetary and fiscal policies explain Iran’s economic resilience? How does Iran use its foreign exchange reserves? Is Iran’s trade with China growing at the expense of its trade with Europe? What does the Iranian public think about the state of the economy?

US President Donald Trump’s economic war on Iran has had at least one positive impact. It has helped policymakers in the United States, Europe, and even Iran to realize the fundamental role that the economy plays in shaping how the foreign policies and national security strategies of Iran and global actors intersect. These actors are now scrambling to develop a more sophisticated understanding of Iran’s economy and a better package of measures to ease sanctions pressure. As part of this work, policymakers are calling upon the expertise of those individuals in Iran, Europe, and even the United States who possess insights about Iran’s economy. But if a deeper understanding of Iran’s economy is to truly underpin policymaking, institutional efforts will be required that improve how knowledge about Iran’s economy is produced and disseminated in three areas: business journalism, academic research, and corporate communications.

The world’s leading media outlets extensively report on Iran and there remains a limited but experienced corps of foreign correspondents based in Tehran. But the overwhelming editorial focus of foreign reporting from Iran is the politics, rather than economics of the country. This bias extends even to Bloomberg and the Financial Times, the powerhouses of global business journalism. While it is common to see reports on issues such as currency devaluation or rising inflation, particularly with regards to the impacts of sanctions on Iran, these reports tend to present a vox populi view of economic issues. There remains remarkably little reporting about economic policy in Iran or developments in either financial markets or industrial sectors. Similarly, English-language reporting on these issues from Iranian publications lacks global insights.

Of course, the lack of journalistic focus on Iran’s economy is itself a product of the country’s economic isolation. One of the main commercial drivers of financial reporting is demand for information from international investors—who have no real footprint in Iran. But if the intention of the current editorial focus on Iran is to inform global readers about phenomenon driving Iran’s political decisions and security strategy, it is significant oversight not to examine economic precursors in more detail. More effective reporting on Iran from a “world affairs” perspective requires grappling with the complex narratives of the Iranian economy.

In the area of academic research, there is a small contingent of professional economists in the United States and Europe who work on Iran. These individuals are overwhelmingly of Iranian heritage, and tend to look at Iran’s economy as just one part of their research focus, due to a lack of institutional and financial support available for Iran-specific research that is not focused on political or security issues.

Better academic research on Iran’s economy requires stronger institutional support from universities, think tanks, and research centers. Greater funding must be made available so that economists with an interest in Iran can gainfully pursue an Iran-focused research agenda. Cross-disciplinary outreach is necessary to help demonstrate the salience of economic insights to the political and sociological study of Iran, as well as more topical research areas such as the growing body of academic work on sanctions. Finally, the research findings of economists working on Iran should be much more proactively translated into insights for non-specialist audiences through the publishing of research notes, providing commentary to journalists, participation in public and private meetings for non-academic audiences, and the use of social media to reach interested audiences.

Of course, pressure from the Iranian government makes journalism and academic research in and about Iran difficult, and this remains true for work on Iran’s economy. At a time of “economic war,” the Iranian government considers reporting and research on Iran’s economy to be especially sensitive. But the simple fact that so much of the current body of research and reporting on Iran’s economy is focused on the impact of sanctions or published in the context of US national security concerns feeds Iranian suspicions. Establishing more diverse and collaborative research programs and initiatives can help “de-securitize” the study and understanding of Iran’s economy.

Finally, corporate communications remains under-developed in Iran. On one side, Iranian companies have yet to adopt best practices when it comes to corporate communications and investor relations. Many large and important enterprises have little more than a website and an occasional interview by a senior executive to shed light on their role in their given sector and developments in the sector at large.

On the other side, the foreign companies active in Iran, which better understand the importance of corporate communications, have been deterred from sharing information about their operations in Iran due to the reputational risks associated with sanctions campaigns. While many companies have maintained entirely legitimate and remarkably successful business operations in Iran in the sanctions period, most of these operations are essentially invisible for those outside of the country. In the absence of such information, US officials have had a free hand to characterize Iran’s economy as unusually opaque and corrupt, when it is probably only as opaque and corrupt as other developing economies—a reality understood by the foreign companies that stubbornly operate in the country.

These dynamics had shifted somewhat during the period immediately following the implementation of the nuclear deal. Several of the European large corporations active in Iran began to use corporate communications to highlight their market activities, in part to demonstrate to Iranian stakeholders a kind of pride about their market presence or market entry. But with the re-imposition of US sanctions, companies are once again skittish. As a result of these shortcomings in corporate communications, an understanding of the most important commercial enterprises in Iran, the nature of their ownership, their product offerings, and the general status of key industries and sectors is really only readily available to those individuals or organizations with a presence in Iran or who enjoy direct access to business networks. Company-level information about Iran’s economy remains difficult to obtain for both journalists and economists.

As Iran and the US find themselves trying to avoid stumbling into a military conflict, it may seem ridiculous to suggest that developing a more sophisticated understanding of the Iranian economy is essential to finding a pathway to diplomacy. But this moment of crisis emerged from the failure of sanctions relief following implementation of the Joint Comprehensive Plan of Action (JCPOA), the hardship of the economic war now being waged by Trump, and the inability of the remaining parties of the nuclear deal to meet their basic economic commitments to Iran. Until policymakers are empowered with the insights generated by more business reporting, more academic research, and more transparent corporate communications, they will find their foreign policy and national security strategies inadequate to the task of securing peace. A poor understanding of Iran’s economy is the single most significant gap in our perception of Iran and the nature of the conflict in which it is currently mired.

Esfandyar Batmanghelidj is the founder of Bourse & Bazaar, which tracks developments in Iran’s economy. Follow him on Twitter: @yarbatman.

Image: A woman carrying her son stands in front of a food shelf as she shops at a supermarket in northern Tehran (Reuters)