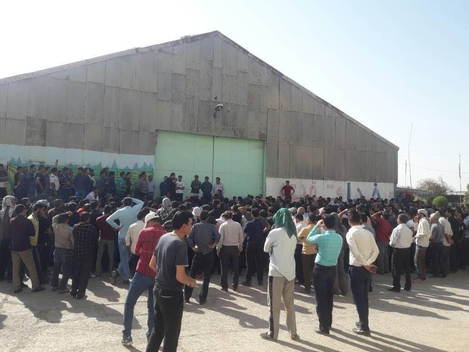 Since the December 2017 nationwide protests in Iran, there have been countless strikes and labor protests. During the months of June and July alone, railroad workers and truck drivers went on strike in over two dozen cities across the country. Unionization is banned in Iran and security forces constantly crack down on labor rights activists, quelling any ability for Iranian workers to voice their concerns about working conditions and government policies that impact their livelihood, especially since the economic situation will further worsen with the reimposition of US sanctions. Iranian activists are often the target of scrutiny by the Iranian government, and also face obstacles when gathering information.

Due to these complications, Zamaneh Media—a Persian language media organization based in the Netherlands—has stepped in to monitor labor developments. This month they published “Labor Rights in Iran,” Zamaneh Media’s first bi-monthly report on the issue. The report analyses seven key areas: child labor; contractual issues and unemployment; discrimination in the workforce and fair wages; freedom of association and unionization; labor legislation; women in the workforce; workplace security and health.