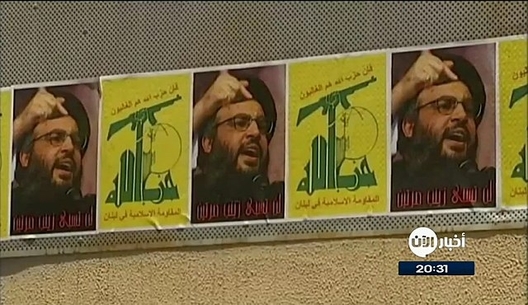 Hezbollah’s emergence as the strongest political faction during the Lebanese May elections confirms Iran’s sway over Lebanon, with the party now capable of securing an unchallenged veto at the parliamentary level and an absolute majority if it secures the right alliances. The recent electoral results also underline Hezbollah’s continued grip over its community despite ongoing governance challenges, and could herald instability for the Land of the Cedar amid escalating regional tensions.

The May 6 Lebanese elections granted Hezbollah a comfortable majority. “Hezbollah’s block is unwavering since 2009, with thirteen seats for the organization. The main difference is that now, with allies such as the Syrian Nationalist Progressive Party, Amal, the Baathist movement, and the Marada’s advances in parliament (included in the hard March 8 core), the coalition is now in control of forty-five seats, which represent a third of Lebanese parliament,” said electoral expert Kamal Feghali in an interview with the author. The March 8 alliance is headed by Hezbollah and aligned with the policies of Iran and Syria.

Hezbollah’s former foe, incumbent Prime Minister Saad Hariri, also emerged weakened by the elections. His Future Movement party ended up with twenty-one seats, down from thirty-three in the last elections. According to veteran journalist Paul Khalifeh, “The March 14 as a coalition no more exists.” The introduction of a proportional vote has in fact allowed the election of influential Sunni personalities close to Hezbollah who had previously been marginalized by the majority electoral system.

Hezbollah’s electoral gains, the survival of a March 8 core nucleus, and the fragmentation of the March 14 coalition confirm a shift in Lebanon’s balance of power in Iran’s favor. The country’s slow move into Iran’s orbit was made official in 2016 with the election of Hezbollah ally General Michel Aoun, the head of the Christian Free Patriotic Movement (FPM). In addition to being able to count on an amicable president, Hezbollah now holds constitutional veto power and possibly a legitimate absolute majority in parliament that would allow it to project further influence over the Lebanese political system.

The Lebanese elections also showed that Hezbollah was widely-endorsed by its Shia constituency. According to Khalifeh, the movement has no real internal opposition. Its opponents are largely discredited by their western alliances or their status as former leftists with dwindling support. Electoral results underlined that Shia remained loyal to the Party of God. Despite rising economic grievances and the militant’s group’s lack of attention to development issues, the main concern of Lebanese Shia appears to be security. “The party enjoys large legitimacy when it comes to the struggle against Israel and the takfiris (jihadists),” remarked Khalifeh.

Other factors that explain Lebanese Shia support for Hezbollah include the perceptions that their military arsenal serves as a deterrent against Israel, and that the party is responsible for the Shia community’s political ascendancy within the Lebanese system. Until the nineties, the vast majority of Lebanon’s Shia belonged to disadvantaged social groups, a marginalization that was also reflected in the composition of the government.

Continuous support for Hezbollah from its co-religionists and its recent electoral gains mean that the party’s regional expansion and foreign activities could remain undisputed for the next four years. If unchallenged, Hezbollah oversight of internal security, defense, and foreign policy could push Lebanon further into the eye of the regional storm, where rivalries between the United States, Saudi Arabia, and Israel on one side and Iran on the other are rising by the day.

Hezbollah’s Iranian backers already have hailed the party’s electoral gains. “The Lebanese people and their representatives, Hezbollah and the other resistance groups, scored this victory in the fight against Israel and its allies, including the United States,” said Ali Akbar Velayati, foreign policy adviser to Supreme Leader Ayatollah Ali Khamenei.

With elections now over, Tehran may feel less constrained, in particular in Syria. It no longer needs to worry about how its actions might impact – or endanger – Hezbollah’s electoral chances. Tehran and Hezbollah may feel they have more leeway in Syria, where Iran and Israel are engaged in a significant military escalation.

Israel may now also be more willing to take action against Hezbollah in Lebanon. Israeli leadership have said Hezbollah’s gains in the Lebanese election meant that Lebanon could become fair game in any future conflict between Hezbollah and Tel Aviv. In the wake of the Lebanese vote, Israeli Cabinet Minister Naftali Bennett declared that the Lebanese state was indistinguishable in any future war from Hezbollah. Washington also could review its military support to the Lebanese Armed Forces and its prioritization of the country’s stability over sanctioning Hezbollah.

For Lebanon, 2018 will not only be the year the country resumed parliamentary activity after a long lull, but also an inflection point charted in the country’s path amid tempestuous – if not deadly – regional waters.

Mona Alami is a nonresident fellow at the Atlantic Council’s Rafik Hariri Center for the Middle East. Follow her on Twitter: @monaalami