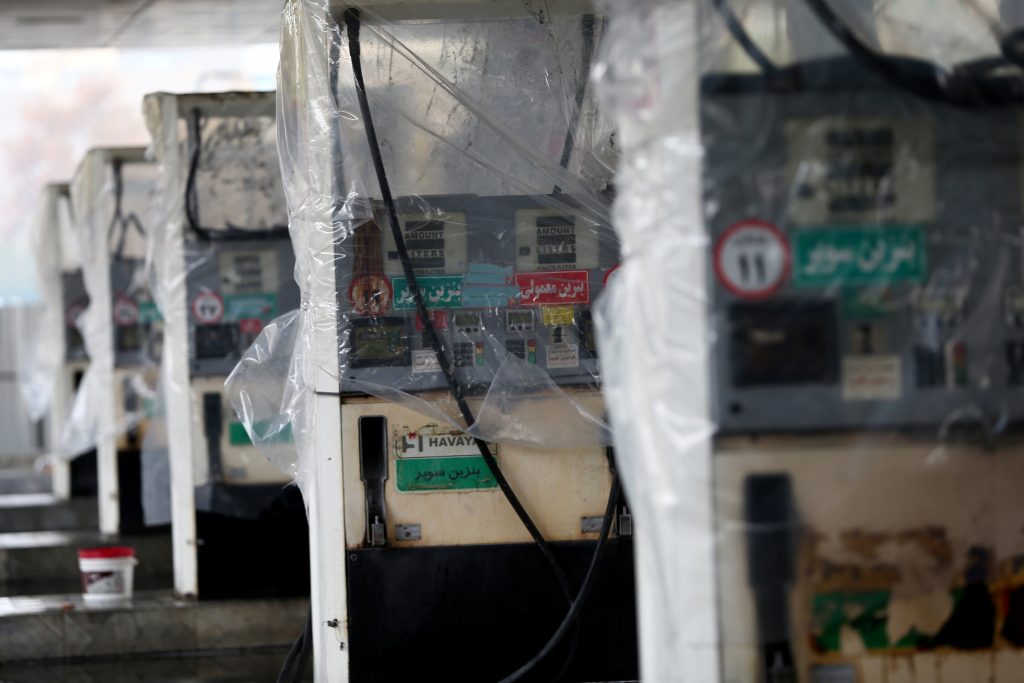 Whether one is navigating past truckers driving along country roads, visiting underground parties in the capital, or holding heated debates with members of different political persuasions in cafes or shared taxis, Iran doesn’t feel like a totalitarian dictatorship.

Even as some close ranks behind the brutal repression by security forces of protests, even those loyal to the state lash out in private moments at the regime.

In private, a cleric in conservative Qom might counter regime ideology by candidly bemoaning the decision to impose the hijab on women early in the revolution as a “dead end” from which the regime is unable to reverse course.

Once after an interview in which he celebrated his government’s successes, a tourism official confided to this reporter, “I wish they would just go. When will they go?” in reference to the regime’s ruling elite.

All of this makes Iran’s decision last month to shut down the Internet and seek to cut off Iranians from the world—as the regime deployed security forces to suppress protests—so disturbing. It suggests a widening divergence between the interests of the regime and the people; with a potentially dangerous new direction for the country.

Iran’s theocratic rulers since 1979 have purported to represent the interests of mardom—“the people”—in justifying repressive moves as well as course corrections. Decisions to prolong and then end the war with Iraq, to intensify and scale back the nuclear program and to crack down violently on protesters after fraud-tainted elections in 2009; were all done in the name of what mardom wanted and needed.

But in recent years, the term has come to define a narrower and narrower subset of regime acolytes and parasitic hangers-on. And with the country’s ongoing economic crisis and now the bloody crackdown over protests against fuel price rises, the divergence of interests between the Iranian public and the regime—and its decreasing base of support—has become more clear, and as seen during the recent violence, more dangerous.

Much criticism has been leveled—with justification—against the Trump administration’s decision to unilaterally quit a nuclear deal with which Iran was complying and to impose ever-more-draconian economic sanctions on the Islamic Republic. But US President Donald Trump’s apparent pivot this summer toward diplomacy—offering sanctions relief in exchange for a photo op with Iranian President Hassan Rouhani at the United Nations—was a move that could have called the regime’s bluff. Iranians had justifiable doubts about whether any promises from Trump could be trusted. But given a choice of sticking to its tired worldview and empty slogans or compromising with the Great Satan, Iran chose the former.

Instead of a docile and pious nation, Iranians remain anarchistic, unruly and rebellious.

Indeed, almost every step of the way since Trump came to power, Supreme Leader Ali Khamenei and his loyalists have put the interests of the nezam, the regime, over those of mardom.

Faced with dire sanctions, Iran could have loosened political restrictions as President Mohammad Khatami did when confronting an oil price collapse in 1997, and given Iranians more of an incentive to band together to work through the tough times.

Instead, Iran’s rulers have stepped up repression of dissidents and ethnic and religious minorities and have increased the use of deadly force. Amnesty International says more than 200 people were killed by the regime’s official and semi-official shock troops during the spasm of violence in the aftermath of the fuel price hikes. Kaleme, the news website linked to the opposition movement led by reformist Mir-Hossein Mousavi, says that at least 100 people were killed in one district of Tehran alone.  The New York Times reported a similar bloodbath in the southwest city of Mahshahr, where protestors had fled into a marsh.

By way of comparison, perhaps 70 people were killed in the months of demonstrations that followed the 2009 presidential elections, and 21 died in the protests over economic hardships that erupted in the countryside in late 2017 and early 2018.

Faced with a budget crunch, Iran could have scaled back outlays to various corrupt religious foundations and visibly curtailed support for politically and financially expensive overseas operations that anger Iran’s neighbors and potential European friends. Instead, in recent years, the regime appears to have increased its risky behaviors, incurring commercial and reputational costs for the Iranian people.

Indeed, the regime seems hell bent on placing the entire burden of sanctions over its interventionist foreign policy onto the very mardom for whom it claims to speak.

Since the beginning of the revolution, the regime has used coercion, cooptation, and persuasion to try to change the cultural DNA of the Iranian people. It failed miserably, often retreating bitterly. Instead of a docile and pious nation, Iranians remain anarchistic, unruly, and rebellious. For years, it appeared the regime appeared to be adjusting to that fact.

But the rigidity and violence shown during the recent protests is something new and dark. The shuttering of the internet, in particular, hinted at the regime’s willingness to use the crudest totalitarian tools.

Accounts are still sketchy, but the Iranian public also appeared to show a new and dangerous fearlessness. Leila Vaseghi, governor of the county of Qods between Tehran and Karaj, described a wild gathering in front of her office after the fuel price increase was announced.

“Instead of standing in front of the gates, the security forces retreated because they were afraid of the angry mob approaching the building,” she said in a statement reported by Iran Newspaper. “The protesters broke the gate and entered. One of them opened his shirt and told the guards, ‘shoot me if you can.’”

Somewhere within the top echelons of the elite, some probably imagine that a combination of electronic surveillance and brute force will be sufficient to maintain control. But the end result of such machinations will likely not be another China or North Korea, but another Iraq or Syria.

Ongoing violent protests in Iraq have shaken the fragile stability of the country, as well as Iran’s carefully constructed geopolitical strategy for its neighbor and historic rival.

On November 16, 2019, the Iranian government shut down the Internet throughout the country following a decision to triple the price of fuel overnight.

Iran protests: Something has to give

At midnight on November 15, the Iranian government announced it was hiking petrol prices by at least 50 percent. Although the government justified the measure—itself part of badly-needed structural reforms—as a means of generating cash handouts for 60 million of the country’s poorest citizens (or 75 percent of the population), it triggered large-scale protests across […]