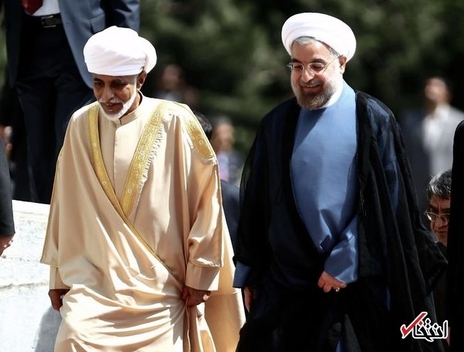 As the Trump administration steps up pressure on Iran, much attention has focused on unprecedented moves such as the April 15 designation of Iran’s Islamic Revolutionary Guards Corps (IRGC) as a foreign terrorist organization.

However, a more concrete and perhaps effective challenge to the IRGC may come from an unlikely source: Iran’s usually neutral if not friendly neighbor, Oman.

In late March, the United States clinched a strategic agreement with the sultanate that will authorize the US to operate the Duqm and Salalah ports in east and south Oman.

Located at the intersection of the Gulf of Oman, Gulf of Aden, and the Arabian Sea, Oman has served as a unique gateway for Iran to access the Arabian Peninsula logistically and interact with the West, not least the United States, discretely and diplomatically. However, this relationship appears to be changing as Oman adapts its foreign policy to new regional circumstances created by its Sunni Arab neighbors and the Trump administration, which quit the landmark Iran nuclear deal last year and has been imposing steadily more onerous sanctions on the Islamic Republic.

Muscat played a significant mediating role in the secret negotiations between the Obama administration and the government of former president Mahmoud Ahmadinejad and later Hassan Rouhani, which ultimately led in 2015 to the Joint Comprehensive Plan of Action (JCPOA). With the US unilateral withdrawal in 2018, however, Washington is solidifying a new triangular alliance with Israel and prominent Sunni Arab states against Iran. Oman has been rebalancing its relations with its Sunni neighbors, Iran and the US accordingly. Oman has joined the Middle East Strategic Alliance (MESA), better known as the “Arab NATO,” a US-led coalition that seeks to counter Iran and contain or roll back its “destabilizing” regional interventions. While the alliance is still more on paper than real—given major splits within the Gulf Cooperation Council—it includes key players Saudi Arabia and the United Arab Emirates.

Muscat has also sought to ingratiate itself with the US by inviting Israeli Prime Minister Benjamin Netanyahu a few months before the port deals were struck. Netanyahu’s surprise trip to Oman upon the invitation of Sultan Qaboos was the first time an Israeli leader had visited the sultanate since Shimon Peres in 1996. Netanyahu was accompanied by his wife Sara, national security advisor Meir Ben-Shabbat, and Mossad chief Yossi Cohen, who is believed to be in charge of secret negotiations for Israeli rapprochement with Gulf Arab states.

Although Israel and Oman do not have diplomatic ties, the office of Sultan Qaboos announced in a statement that the visit was aimed at “deepening” relations with regional states and followed “lengthy contacts between the two countries.”

Logistically, access to the Duqm port—large enough for big ships and even aircraft carriers—will reduce US reliance on the Strait of Hormuz in the event of a military confrontation with Iran, which has threatened to block the choke point if its oil exports are cut to zero—one of the stated goals of the Trump administration’s sanctions.

“We used to operate on the assumption that we could just steam into the Gulf,” a US official told Reuters in late March, adding, however, that “the quality and quantity of Iranian weapons raises concerns.”

The Salalah port lies close to the Gulf of Aden and Yemeni territory, thus enabling the United States to closely monitor Iranian sea and land movements in the wider area leading to the Horn of Africa. This can complicate reported efforts by Iran to smuggle weapons to Houthi rebels fighting an attritional war with the Saudi-led Arab coalition in Yemen. In other words, both Duqm and Salalah are connected to a broad network of roads that facilitate access to and surveillance of southwest Oman, a massive chunk of terrain that is key to any clandestine transfer of arms to Yemen.

In a broader perspective, the American-Omani port deals are also part of the US Indo-Pacific strategy to counter the growing regional influence of China, which partly relies on the deep-water Chinese-funded Gwadar port in the southwestern corner of Pakistan, adjacent to Iran. Not surprisingly, Washington has exempted the rival India-funded port in the southeastern Iranian city of Chabahar from sanctions. Chabahar port is less than 100 kilometers from Gwadar.

While Tehran has mostly remained silent about the Duqm and Salalah port agreements, neither is likely to be spared in the event of a military conflict.

“Iran’s response will be based upon the form of engagement of a given neighbor in war,” a security analyst affiliated with the Iranian Supreme National Security Council (SNSC) told this analyst on condition of anonymity. “Every participating state will be targeted, perhaps except for Iraq. Not the state in its entirety, but specifically the part of its territory from which hostile forces are operating.”

The same defensive calculus applies to missiles and air operations as well.

“This kind of retaliation is not limited to land or naval bases alone. Any country that even lets hostile missiles or planes pass its airspace in fact automatically grants Iran the license to use the same airspace for retaliatory measures,” the SNSC-affiliated analyst explained.

Perhaps in an attempt to assuage these security concerns and avoid antagonizing its more powerful neighbor, Oman held a joint military drill with Iran in waters off of Muscat on April 17 while a joint military committee meeting was under way.

Interestingly, the war games involved naval units belonging to the IRGC—despite the US terrorist designation—as well as the regular army.

Oman can always resume serving as a back channel to Tehran should a successor US administration return to a policy of diplomatic engagement with Iran. For now, however, it appears to be calculating that it is more prudent to hedge its bets.